Scared but Desperate, Thai Sex Workers Forced to the Street 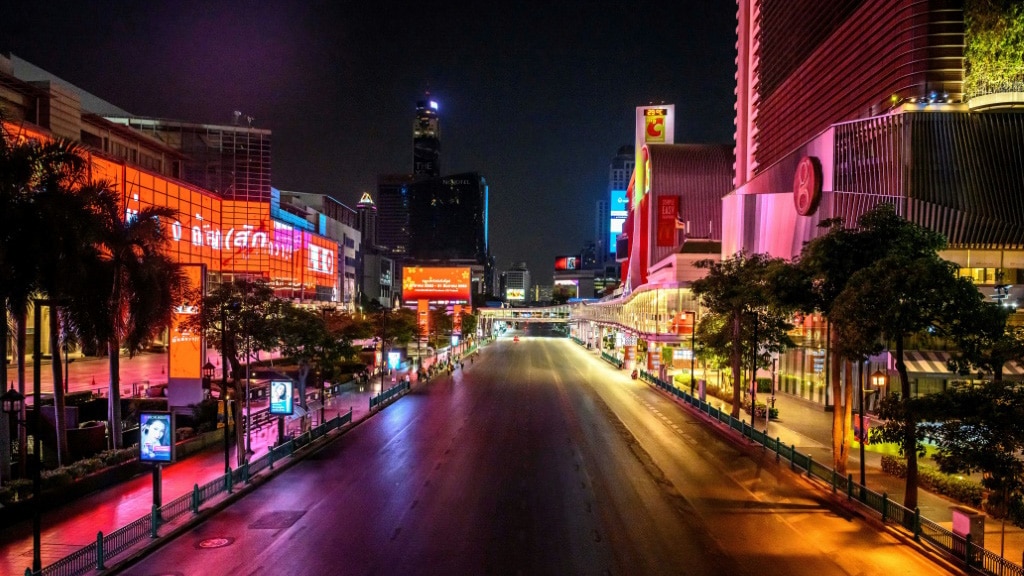 Thais have been under a curfew and bars and eat-in restaurants closed several days earlier.

A shutdown to contain the coronavirus has killed Thailand’s party scene and forced sex workers like Pim out of bars and onto desolate streets. She’s scared but desperately needs customers to pay her rent.

Red-light districts from Bangkok to Pattaya have gone quiet with night clubs and massage parlors closed and tourists blocked from entering the country.

That has left an estimated 300,000 sex workers out of a job, pressing some onto the streets where the risks are sharpened by the pandemic.

“I’m afraid of the virus but I need to find customers so I can pay for my room and food,” Pim, a 32-year-old transgender sex worker, told AFP in an area of Bangkok where previously bawdy neon-lit bars and brothels have gone dark.

Since Friday Thais have been under a 10 pm to 4 am curfew. Bars and eat-in restaurants closed several days earlier.

Many of Bangkok’s sex workers had jobs in the relative safety of bars, working for tips and willing to go home with customers. 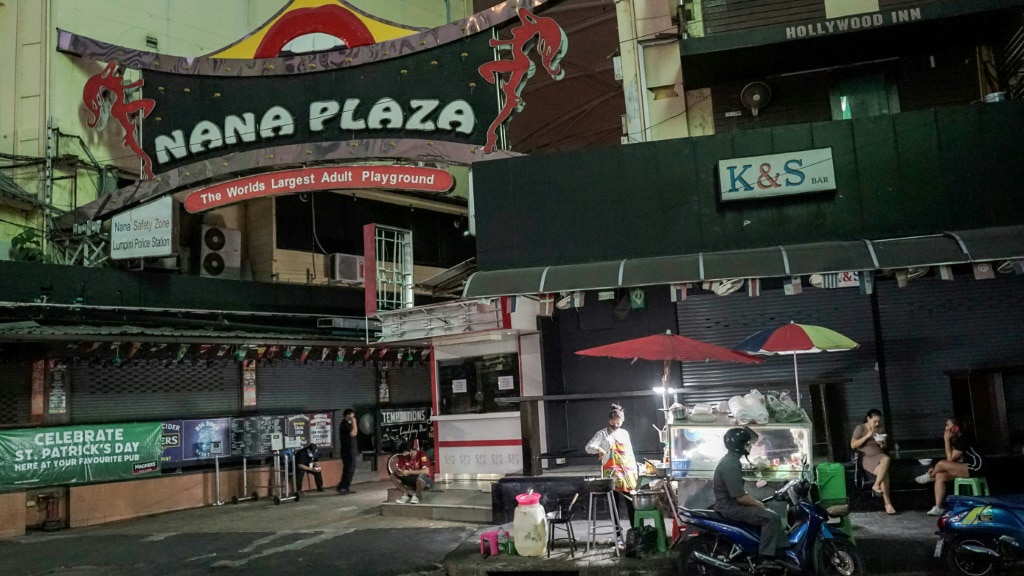 When their workplaces suddenly closed most returned home to wait out the crisis.

The government says it is ready to enforce a 24-hour curfew if necessary to control a virus that has infected more than 2,000 people and killed 20, according to official figures.

Pim is paying a heavy price for the movement restrictions — she has not had a customer for 10 days and the bills are stacking up.

Her friend Alice, another transgender sex worker, has also been forced to move from a go-go bar to the roadside.

“But when businesses shut down my income stopped too. We are doing this because we’re poor. If we can’t pay our hotel they will kick us out.” 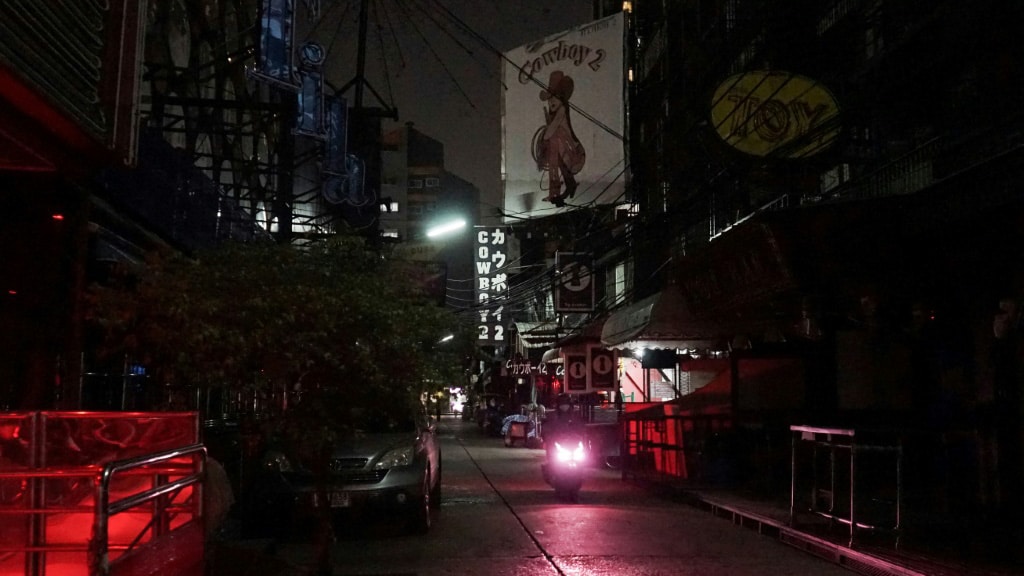 The occasional tourist loiters near clusters of sex workers, before a furtive negotiation and a quick march to a nearby hotel, one of the few still open on Bangkok’s main tourist drag

The occasional tourist loiters near clusters of sex workers, before a furtive negotiation and a quick march to a nearby hotel, one of the few still open on Bangkok’s main tourist drag.

The already high risks of sex work have rocketed as the virus spreads.

Sex workers have flocked back to homes across the country in anticipation of several weeks of virtual lockdown before Thailand’s night economy comes back to life.

There are fears the malaise could last for months, yanking billions of tourist dollars from the economy and leaving those working in the informal sector destitute.

They include sex workers — an illegal but widely accepted part of Thailand’s nightlife.

There are concerns that a Thai government emergency scheme to give 5,000 baht ($150) to millions of newly jobless over the next three months will exclude sex workers because they cannot prove formal employment.

The Empower Foundation, an advocacy group for the kingdom’s sex workers, says entertainment venues make around $6.4 billion a year, many of them selling sex in some form.

Women are suffering the most from the virus measures, it says. Many are mothers and their family’s main income earner, forced into sex work by lack of opportunities or low graduate salaries.

The group has written an open letter to the government urging it to “find a way to provide assistance to all workers who have lost their earnings”.

As the 10 pm curfew looms, Pim and Alice prepare for a final forlorn patrol for customers.

“I think the government has been really slow. They don’t care about people like us who work in the sex industry,” Alice said.

“We’re more afraid of having nothing to eat than the virus.”