Vietnam’s legacy to the world goes way beyond its 20th-century scuffle with the US in the Vietnam War.

Vietnam, or more formally, the Socialist Republic of Vietnam, is located in the easternmost tip of the Indochina and is one of the last few remaining independent states that practice the communist doctrine of Marxism-Leninism through a central political party.

One of the biggest turning points for the Socialist Republic of Vietnam is World War 2, and the momentary occupation of the country by the Japanese.

Since 1887, the country had been under French colonial and was lumped together with other colonial states like Cambodia. Collectively, these states were called “French Indochina.”

In 1923, Vietnamese nationalist and revolutionary, Ho Chi Minh, goes to the Soviet Union to train under the Communist or the . 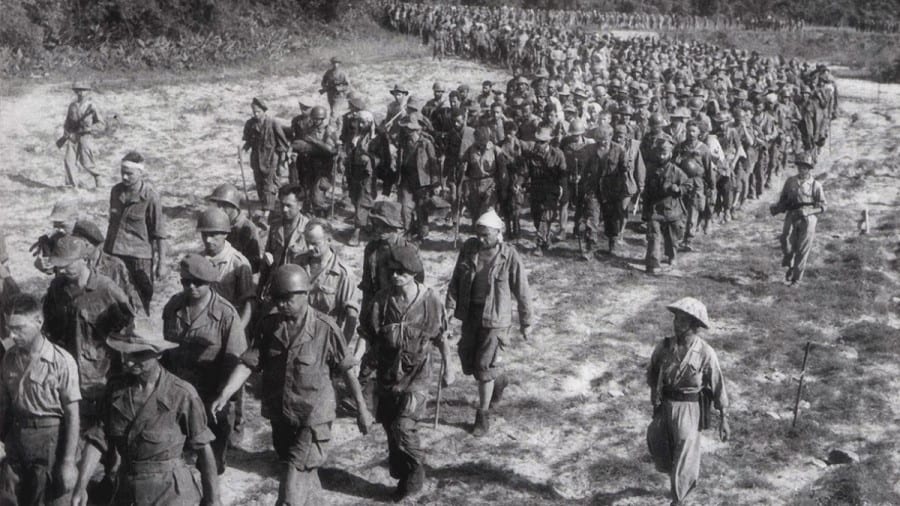 The tumult of World War 2 and the loose handling of France over its territories created the right conditions for Ho Chi Minh to help seize power from Vietnam’s colonial rulers.

When Japanese troops invaded Vietnam and received almost no resistance from the French authorities in September 1940, the country experienced a vacuum when the second invader fell to the United States. Ho Chi Minh declared an independent North Vietnam when France attempted to reestablish control of the territory.

The United States did not support Ho Chi Minh’s declaration, mainly because of the Truman Doctrine, and because it was the United States’ preoccupation than to wage war against any independent country with socialist or communist doctrine.

In July 1946, Ho Chi Minh began his ground efforts in liberating Vietnam from the French through guerilla warfare. Three years after Vietnam began its guerilla war against the French, Chairman Mao Tse-tung declares the creation of the People’s Republic of China, creating a powerful duo.

The USSR and China Step In

A year later, both the Soviet Union and Communist China recognize the independent state of North Vietnam, and the two giant communist states begin supplying arms and other supplies to Ho Chi Minh, actively supporting the guerilla war against France.

In 1954, French troops are humiliated by Viet Minh forces at the clash at Dien Bien Phu. This final clash effectively ended French colonial rule in the country – and was the signal that the US had been waiting for. US

President Dwight D. Eisenhower, in April 1954, stated that if Vietnam ‘fell to the communists,’ then there could be a domino effect throughout the region. This would instigate further communist witch hunts in the US and elsewhere – also known as the Red Scare.

The Gulf of Tonkin Incident

Like North Korea and South Korea, the state of Vietnam is split, this time by the Geneva Accords, the 17th Parallel. The US installs Ngo Dinh Diem in South Vietnam and Ho Chi Minh remains the solid head of the independent north.

On August 1964, it was alleged that the USS Maddox was attacked by North Korean forces in the Gulf of Tonkin. This would lead to the Gulf of Tonkin Resolution, which effectively gave the US President a go signal to launch an all-out attack on Vietnam.

The USSR was Vietnam’s biggest supporter during the Vietnam War, providing aircraft, food, supplies, arms, and other resources necessary to sustain both offense and defense against the United States.

A few years before, the USSR had already test-exploded its first atomic bomb, making the United States think twice before attacking the USSR. Chair Mao Tse-tung also sent supplies and even engineers to help North Vietnam fortify its physical defenses.

What would happen in the next decade would be a full exhibit of North Vietnam’s strategic capability to defend itself against full out US  By 1966, almost half a million American troops have already been sent to Vietnam, and the US has resorted to bombing airfields and spraying herbicide over farms in an effort to beat the Viet Cong.

The Tet Offensive, a coordinated attack on more than one hundred cities in South Korea, was the turning point for the Vietnam War and marked the eventual withdrawal of the United States from the country.

The attacks by the Viet Cong on the south were meant to foment the anger and resentment of the South Vietnamese as the war was technically being waged by the US on Vietnam.

Everything was affected by the wartime efforts of the US, and the foreign aggression did affect everything, from food production, right down to how people lived on a day to day basis. The Tet Offensive began on January 1968, and by February 11-17, the US was suffering massive casualties with a total of 543 deaths.

After dropping 20,000 tons of bombs over Vietnam, the US finally agrees to stop its foreign aggression against the region on January 27, through the Paris Peace Accords. Communist rule is strengthened in the country two years later.

Vietnam’s economy is doing remarkably well, thanks to domestic economic reforms that have boosted production and have increased the GDP of the country by seven percent in 2018. The manufacturing sector is the strongest segment, with a growth of 13% in the last year alone.

The country is considered a lower state. Inflation in the country is largely controlled, with the government keeping it at 4%. In less than fifty years, the country has also experienced a large increase in its population, from just 60 million in 1986 to 95 million just two years ago. 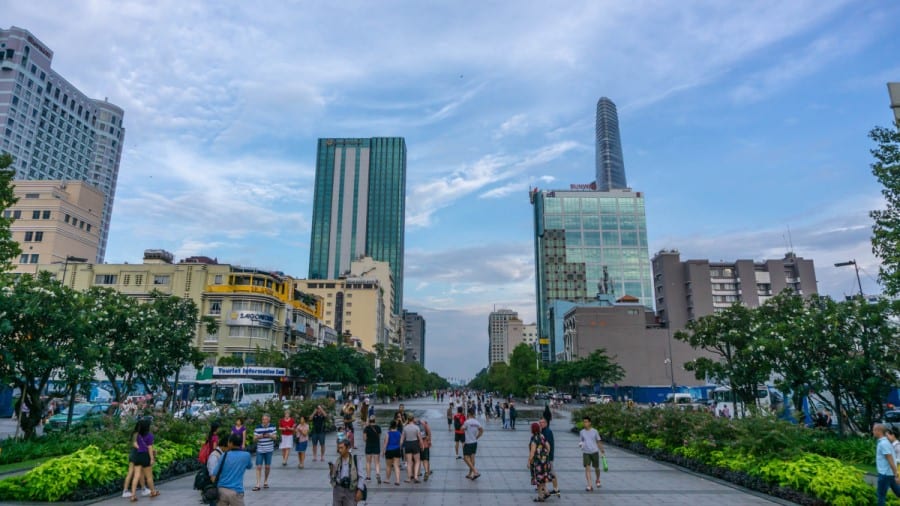 Vietnam has a largely young population, with seventy percent of its entire national population under the age of 35. The emerging middle class, educated and with higher income brackets than the rest of the country, is emerging and is expected to double by 2025.

The communist government of Vietnam technically allows different religions to thrive, but none of which can ever contradict the government.

Despite state control on belief systems, Religions continue to thrive in the country, with Mahayana Buddhism being the most dominant religion of all.

16.4% of the country believes in Mahayana Buddhism, followed by Catholicism, Islam, and Cao Dai. A huge chunk of the population also follows different types of folk religion (45.3%) but these folk religions are not recognized by the government.

It is also common for people in this country to follow the principle of tam or “triple religion” where a syncretic religion emerges from Taoism, Confucianism, and Buddhism.

To the Vietnamese, there is nothing wrong with following the precepts of all three religions. They synthesize teachings and combine it with folk Vietnamese beliefs as well.

Vietnam’s education system is currently facing several crises due to international isolation and the mushrooming of the student population. Current stats show that the universities in the country can only absorb a third of the number of students that want to study, and overcrowded classrooms are becoming truly a problem.

This has led to the establishment of education providers that are merely band-aid solutions to the problem. 6.7% of the population holds a tertiary degree, which is much lower than other ASEAN countries like the Philippines

To address the problem, the Vietnamese government is now funding scholarship programs to send students abroad; this move is known as “internationalization” and is designed to stem the massive gap in the education system that keeps producing graduates that are having lots of difficulties in getting hired locally and abroad.

The 911 Project, launched six years ago, was designed to produce 10,000 candidates, with each scholar receiving $15,000 per year. However, it should be noted that the largest percentage of outbound students from the country are self-supported/self-funded.

Vietnamese culture is one of the oldest in and has been heavily influenced by many Chinese traditions, namely: Buddhism, Taoism, and Confucianism. The outward expansion of the country after the 10th century allowed it to absorb other cultures – including the Champa and Khmer cultures.

Modern Vietnamese culture can be described as quite similar to its Asian neighbors. Life revolves around the family and other extended social groups. Of particular interest is the concept of face, which is a cultural practice that can be observed in China, Japan, Indonesia every other Asian country.

Roughly, face means reputation, but goes deeper than that – face is something that you possess even after you die, and it can frog leap over your other attributes if you did something or possess something that merits your branding.

A family can have , as well as a social group – and the priority is always to “save face.” A person can also “give face” or break someone’s reputation this way. Condensed, we can think of “face” as a social passport of sorts that is both material and immaterial – it resides in personal history and in immediate memory of the people who the person or group.