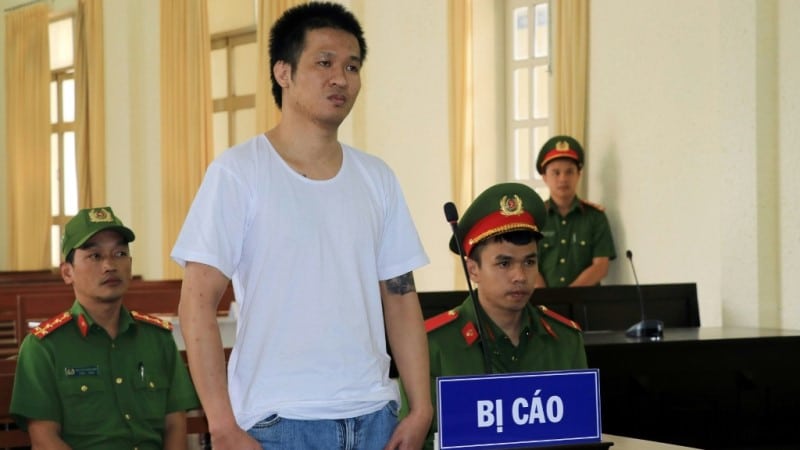 A Vietnamese man accused of “defaming” the country’s leaders for broadcasting his pro-democracy views on Facebook was jailed for eight years on Tuesday after a lightning-quick trial denounced by rights groups.

Dissidents are swiftly muzzled by Vietnam’s authoritarian government, which has stepped up the persecution of critics ahead of a looming leadership transition at the apex of the ruling Communist Party.

Nguyen Quoc Duc Vuong’s arrest follows the detention of a number of high-profile journalists and activists in recent months ahead of the regime’s five-yearly party congress, slated for next January.

The 29-year-old had spoken of his support for democracy in Vietnam and shared news of pro-democracy protests in Hong Kong before his arrest last September, Human Rights Watch said.

He had broadcast videos totaling around 110 hours of airtime and posted 366 articles “defaming the Communist Party and socialism, humiliating Ho Chi Minh and other party and state leaders,” the state-run Vietnam News Agency reported.

Vuong pleaded not guilty to charges of disseminating anti-state propaganda and told the court in central Lam Dong province that he had simply voiced personal views.

“The court, however, said his behavior was a danger to society,” VNA reported.

“The government of Vietnam should cease its crackdown against bloggers and activists, and free all people they have locked away because they dared to say what they think,” he added.

A day earlier the same court had sentenced three others to jail terms of up to seven years for allegedly aiming to overthrow the Communist party.