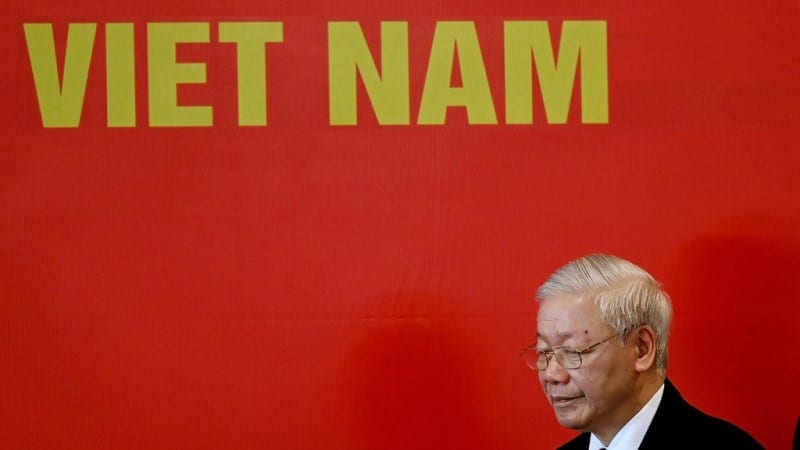 Pressure on human rights activists in Vietnam has coincided with political events, such as the swearing in of a new cabinet

Four activists have been jailed for up to ten years after Vietnamese courts found them guilty of spreading “anti-state propaganda”.

Vietnam’s communist government is swearing in a new cabinet, with top leaders taking office in the next few days.

It is also preparing for legislative elections in May for the rubber-stamp national assembly that has around 500 members.

Pressure on human rights activists has coincided with these political events, observers say.

In the southern Central Highlands province of Lam Dong on Tuesday, activist Vu Tien Chi, 55, was jailed for 10 years for sharing and posting online articles allegedly defaming the Communist Party and Vietnamese leaders.

Since 2018, Chi has shared 338 articles and posted 181 videos on his personal accounts on Facebook and YouTube, questioning the policies of the state and government.

Chi had the intention of establishing a new parliament to replace the contemporary national assembly, state media reported.

In the nearby coastal province of Khanh Hoa, three others, aged between 25 and 59 years old, were jailed between five and nine years on the same charge.

One of them was accused of livestreaming the burning of the country’s flag before Vietnam’s liberation day in April last year.

According to Amnesty International, political prisoners in Vietnam have doubled from 84 to 170 since 2016.