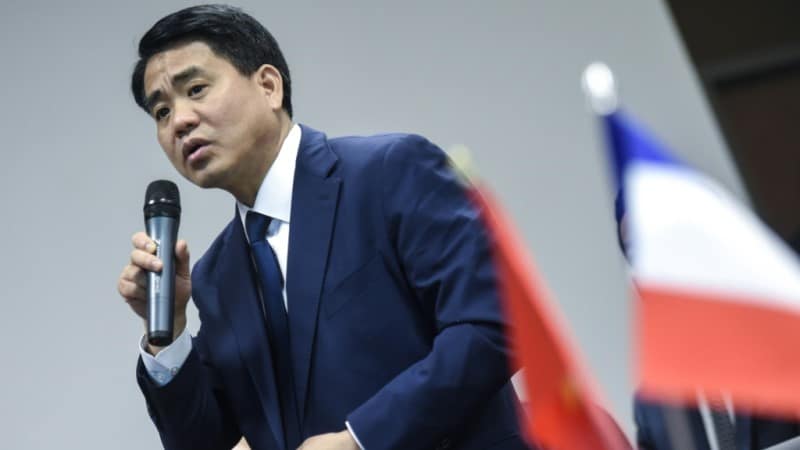 Nguyen Duc Chung, who was arrested for corruption in August, was convicted and sentenced after a four-hour closed trial in Hanoi, state media said.

Chung was a major supporter of Vietnam’s inaugural F1 race, which was due to be held in Hanoi in April but was postponed because of the coronavirus, and later canceled.

Hanoi has been left off a provisional 23-stop Formula One schedule for next year, with a race on April 25 marked ‘TBC’ (to be confirmed).

“At the trial, Chung admitted his crime… and showed his repentance,” state-controlled newspaper Tuoi Tre reported.

Chung, 53, was suspended as mayor two weeks before his arrest. The one-time director of Hanoi’s police department was appointed chairman of the Hanoi People’s Committee in 2015.

Three other men involved in the case were jailed for between 18 months and four-and-a-half years. It was unclear whether Chung would face further charges.

Last month, a source close to the race told AFP that the Vietnam Grand Prix “might not happen” without Chung.

“Without Chung, the future of the race in Hanoi is gloomy,” the source said.

There has been no word from Vietnamese authorities on whether the race would make its belated debut next year, although it’s understood that talks are continuing.

Some spectator stands have been removed from beside the track.

The communist, Southeast Asian nation signed a 10-year deal with Formula One in 2018. State media said it would cost the country $60 million per year.

Vietnam hoped the glamor of the sport could reflect the country’s economic lift-off and reshape Hanoi’s image, much as it has done for Singapore.