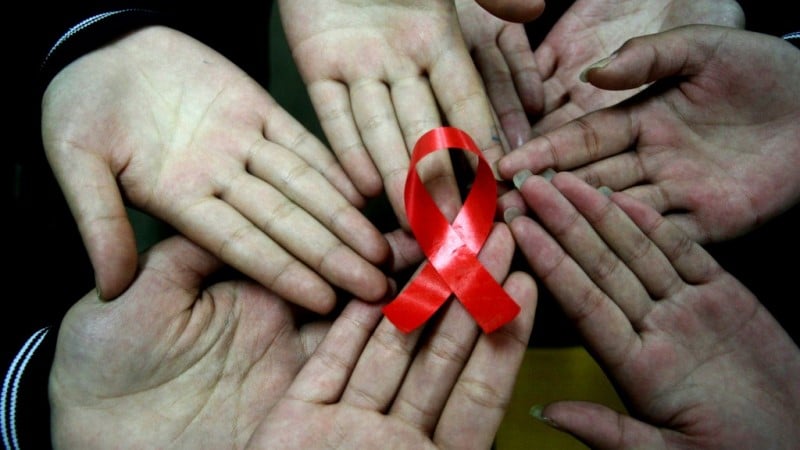 An estimated 38 million people were living with HIV in 2019, according to UNAIDS

A handful of people with HIV are able to control the disease without treatment, and now research on these so-called elite controllers is offering clues in the search for a cure.

For most people with HIV, controlling the virus requires a daily, life-long regime of anti-retroviral therapy (ART).

This treatment must be followed continuously because of the nature of HIV and how it replicates.

When it enters the body, HIV puts copies of its viral genetic material into the genome of a cell – effectively inserting itself into the code of the body. 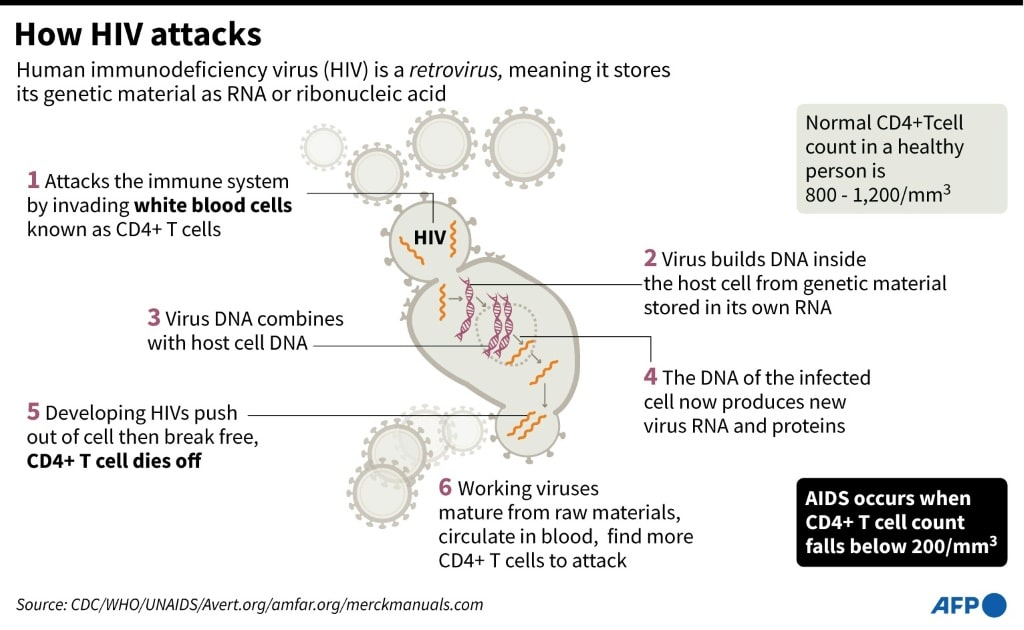 Graphic on how HIV attacks

These viral reservoirs of HIV stay embedded even with ART and if a patient stops the treatment, full-length copies of the virus — known as intact viral genomes — can proliferate, bringing the disease roaring back and sickening them.

But in the very small number of HIV patients who can control the virus without ART, these so-called viral reservoirs of HIV don’t seem to behave the same way.

To learn more about why that is the case, a team of scientists sequenced billions of cells taken from 64 elite controllers living with the virus without ART, and 41 people on ART.

They found fewer copies of the HIV genome in elite controllers, but a higher proportion of the copies were the genetically intact form liable to proliferate.

But what appeared to matter was not the presence of intact viral genomes, but their location, said Xu Yu, an associate professor of medicine at Harvard Medical School, who led the research.

“We found that in elite controllers, HIV was often found in locations of the human genome that researchers call ‘gene deserts,'” she told AFP.

“In these inactive parts of the human genome, human DNA is never turned on, and thus HIV… remains in a ‘blocked and locked’ state.”

The finding could shift the thinking about how to approach finding a cure for HIV, a disease that an estimated 38 million people lived with in 2019.

In the past, it was assumed that if intact HIV genomes were present then a patient could still become sick.

But the sequencing revealed that even with intact genomes, elite controllers stayed healthy, because the virus was located further from areas called transcriptional start sites, where the virus is more likely to become active and replicate.

The finding “gives us a blueprint of what a functional cure of HIV looks like,” Yu said.

“We don’t have to get rid of all intact HIV sequences in their genomes -– we only need to target those viruses that are located in active parts of the human genome.”

“The remaining sequences… do not seem to cause disease and it looks like they can largely be ignored.” 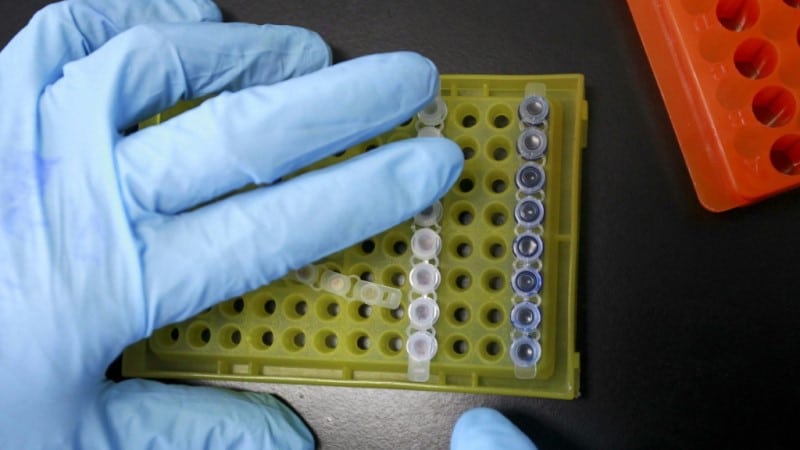 The study also revealed an intriguing surprise: one elite controller appeared to have no intact HIV at all.

The researchers sequenced 1.5 billion cells from the patient, carefully searching for hidden redoubts, but found none.

The team cautiously suggest this could mean the patient effectively cured themself.

Yu acknowledged that the suggestion is “provocative”, given the current understanding of the virus.

Just two patients with HIV are believed to have been cured of the virus, after undergoing high-risk stem cell bone marrow transplants that were used to treat cancer but had the side effect of apparently ridding them of the virus.

Last month, researchers revealed another case involving an HIV-positive man who appeared to have been effectively cured without needing the bone marrow transplant.

After receiving several potent antiviral drugs he was able to go more than a year without HIV treatment and continued to test negative for HIV antibodies.

Yu said her team would now search for more elite controllers who might have achieved a cure without treatment.

If found, these individuals could lead to an understanding of HIV “as a disease that can naturally heal in rare instances”.

The team also plans to examine more long-term ART patients to see if any have similar virus profiles to elite controllers.