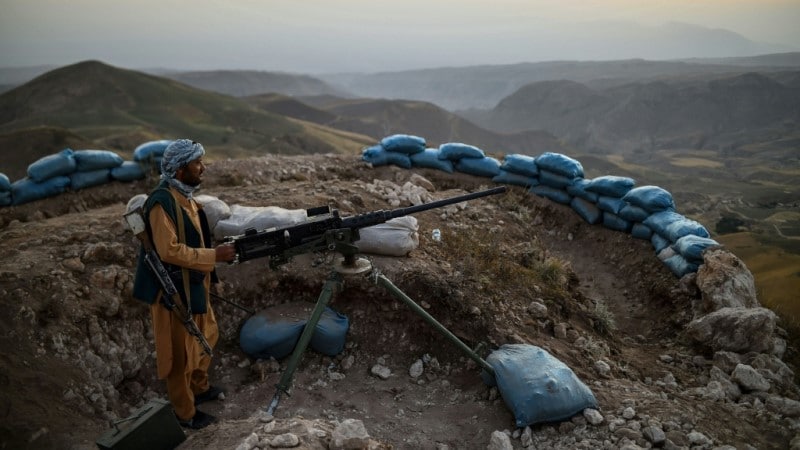 Afghanistan has seen a deadly surge in fighting in recent months

More than a dozen diplomatic missions in Afghanistan on Monday called for “an urgent end” to the Taliban’s ruthless military offensive, saying it was at odds with claims they want to secure a political deal to end the conflict.

The statement — signed by the United States, the European Union, and more than a dozen other foreign missions in Kabul — follows another round of inconclusive talks in Doha over the weekend between the Afghan government and the Taliban that many hoped would kickstart the ailing peace process.

“The Taliban’s offensive is in direct contradiction to their claim to support a negotiated settlement,” the statement read.

“It has resulted in loss of innocent Afghan lives, including through continued targeted killings, displacement of the civilian population, looting and burning of buildings, destruction of vital infrastructure, and damage to communication networks.”

For months, the two sides have been meeting on and off in the Qatari capital but have achieved little, with talks appearing to have lost momentum as the militants made battlefield gains.

A joint statement late Sunday said they had agreed on the need to reach a “just solution”, and to meet again next week.

“We also agreed that there should be no pause in the negotiations,” Abdullah Abdullah, who oversees the Afghan government’s delegation, told AFP on Monday.

He noted, however, that neither side was currently pursuing a joint ceasefire during the talks, despite urgent calls from Afghan civil society and the international community to end the fighting.

The US special envoy on Afghanistan Zalmay Khalilzad, who met with Pakistan Prime Minister Imran Khan is Islamabad on Monday, welcomed the latest round of talks but tweeted that “more must be done, urgently”.

Following the weekend summit, Turkish President Recep Tayyip Erdogan announced that his administration hoped to start talks with the Taliban over the group’s refusal to let Ankara run the Kabul airport after US troops withdraw from Afghanistan.

“We will see what kind of talks we will have with the Taliban and see where these talks take us,” Erdogan said Monday.

Turkey has been negotiating with US defense officials over an offer to secure Kabul airport, which is key to allowing countries to retain a diplomatic presence in Afghanistan after the troop withdrawal.

Fighting, meanwhile, continued in Afghanistan, with both the Taliban and government claiming gains in various parts of the country.

Over the weekend, the Taliban’s supreme leader Hibatullah Akhundzada said he “strenuously favors” a political settlement — even as the hardline Islamist movement continues its sweeping offensive.

He added that the group is seeking “good and strong diplomatic, economic and political relations… with all world countries, including America” following the imminent withdrawal of foreign forces.

Despite coming days ahead of the Eid al-Adha holiday, the statement notably made no mention of a formal call for a ceasefire.

In past years, the Taliban have announced short truces during Islamic holidays.

However the group has been criticized for using them to reinforce their fighters, allowing them to attack Afghan security forces once the truces expire.

The Taliban has been capturing districts, seizing border crossings and encircling provincial capitals as foreign forces prepare to fully exit by late August.

US to Relocate Interpreters

In Washington, the State Department said that some 700 interpreters and their immediate family members who are fleeing Afghanistan will be relocated to an army base in the state of Virginia.

The interpreters – whose lives are in danger after US troops withdraw – are among some 20,000 people applying for asylum under so-called Special Immigrant Visas (SIVs).

“They will be provided temporary housing and services as they complete the final steps,” he told reporters.

Price said that Afghans who are in more initial stages of applying to move to the United States would be flown to other countries, which have not been publicly identified.