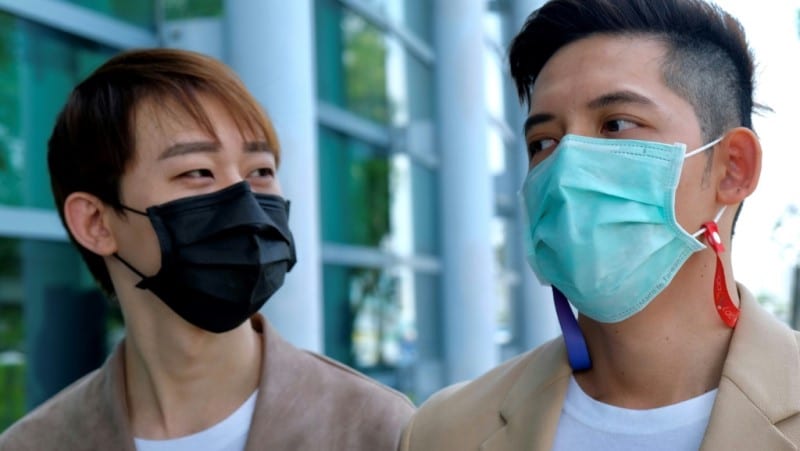 A Taiwan court ruled in favour of a Taiwanese-Macanese gay couple on Thursday in a legal test case greeted by activists as a first step towards getting full recognition of same-sex unions with foreigners.

Taiwan is at the vanguard of the burgeoning gay rights movement in Asia and became the first place in the region to legalise marriage equality in 2019.

Over 5,700 same-sex couples have wed since then but there are still some restrictions that heterosexual couples do not face.

Under current rules, Taiwanese can marry foreigners — but only those from countries where same-sex marriage is also recognised.

On Thursday, the Taipei High Administrative Court revoked a government office’s 2019 decision to reject the marriage registration of Ting Tse-yen and his partner Leong Chin-fai from Macau. Activists hailed the reversal as an “initial success”.

In Taiwan, marriages must be recorded at local household registration offices to be deemed legal.

It is the first time a court has directly ordered the household registration office to record an international same-sex marriage, according to their lawyer Victoria Hsu.

While the ruling sets a precedent it will not apply to other international same-sex couples, Hsu said, as she urged the government to amend the law to avoid multiple legal battles.

“The freedom of marriage is a basic right that should be fully protected instead of having to go through a case-by-case review,” Hsu said.

Leong, 33, and Ting, 29, co-founded a group to assist Taiwanese whose partners are from countries where same-sex marriage is not legal, including Japan, Thailand, China and Vietnam.

“Today’s ruling is not the end, it’s a process and a small milestone,” Leong told AFP.

“We hope in the future all international same-sex couples can register their marriages directly rather than having to go to courts.”

Taiwan is home to a thriving LGBT community and a record 200,000 people attended a pride march in Taipei in 2019 to celebrate the legalization of same-sex marriages.

That legalization came about after Taiwan’s top court ruled that denying same-sex couples the right to marry was discriminatory and unconstitutional.

But the issue of same-sex marriage proved deeply divisive and the law contained restrictions pushed for by conservatives, including more limited adoption rights.