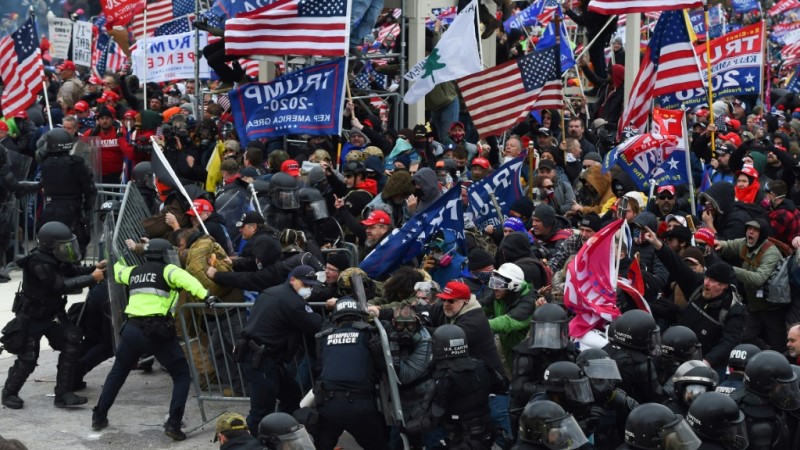 The storming of the US Congress left America’s image as a beacon of democracy severely tarnished Thursday, with allies unable to hide their shock and authoritarian regimes gleefully exploiting the unrest.

In normal times, a state-backed gang rampaging through a legislature to demand a lost election be nullified would have US diplomats marching to their laptops to draft a statement of condemnation.

But after the deadly violence in Washington on Wednesday, it was the turn of officials in capitals from Bogota to New Delhi to call for calm.

In a string of statements, leaders could barely contain their shock at seeing Donald Trump’s supporters briefly — but quite easily — overrun the crucible of US democracy and challenge the peaceful transfer of power. 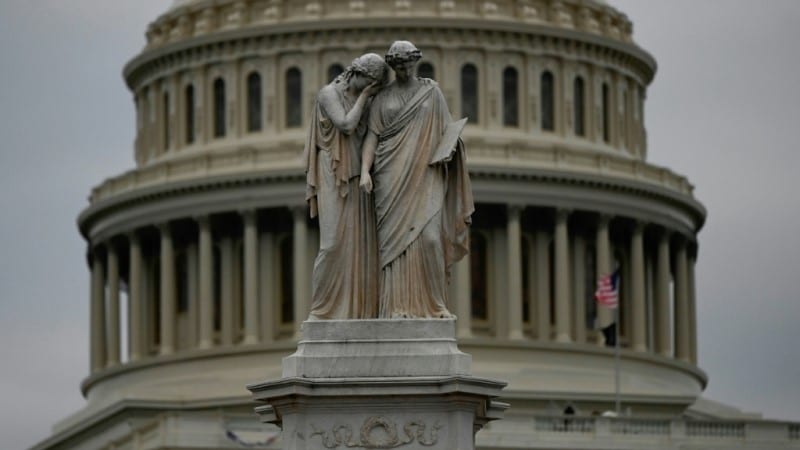 After the deadly violence in Washington, it was the turn of officials in capitals from Bogota to New Delhi to call for calm

“Where were the police and the Senate bodyguards…?” Czech foreign minister Tomas Petricek asked aloud, as the world watched Trump supporters cart off podiums, ransack offices or strut around Congress in a horned helmet unmolested.

Through slavery and segregation, Civil War and Cold War, US presidents have often hailed their democracy as exceptional, what Ronald Reagan called the “shining city on the hill.”

That image has been questioned many times before, but after four norm-shattering years of Trump, it took just a few hours of mob rule to make America look pretty ordinary, and as fragile as anywhere else.

Former president George W. Bush went as far as to compare the situation to a “banana republic,” while calling out fellow Republicans for fuelling the “insurrection.”

Australia warned its citizens in the United States to take care given the “ongoing potential for violence.”

Some reached for historical comparisons to put the momentous events — and the scale of the threat to democracy — in context.

Germany’s foreign minister likened incitement at the US Capitol to the Reichstag in Nazi Germany, while Italian newspaper La Repubblica drew a parallel to dictator Benito Mussolini’s “March on Rome” and seizure of power.

But as the initial shock subsided, policymakers began to try to imagine the profound implications of the world’s preeminent superpower so visibly stumbling.

Former president Barack Obama’s top security aide Ben Rhodes told AFP that “Americans should not have any illusions: today’s images, like the Trump presidency, will permanently alter how the United States is viewed around the world.”

“Tragically, this debasement of democracy comes at a time when authoritarian nationalism is ascendant on every continent.” 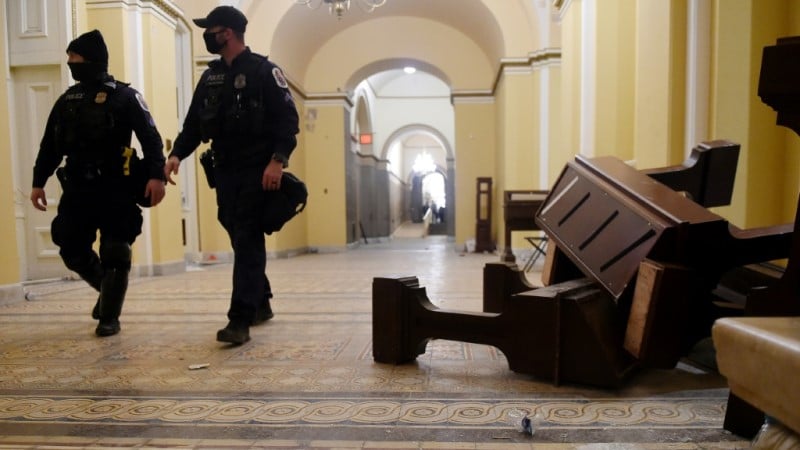 The moment was not lost on such regimes, some of which immediately issued wry statements mimicking the criticism they normally received from Washington.

Venezuelan minister of foreign affairs Jorge Arreaza expressed his “concern” about the violence, while calling for an end to US political polarization and for the country to follow a new path of “stability and social justice.”

China’s state-backed tabloid the Global Times — just a day after a mass crackdown on Hong Kong’s besieged democracy movement — crowed that “bubbles of ‘democracy and freedom’ have burst.”

Mike Gallagher, a Republican Congressman from Wisconsin lamented: “If we don’t think other countries around the world are watching this happen right now, if we don’t think the Chinese communist party is sitting back and laughing, then we’re deluding ourselves.”

Map and factfile on the Capitol in Washington, DC, stormed by Trump supporters on January 6.

“The losing side has more than enough grounds to accuse the winner of falsifications — it is clear that American democracy is limping on both feet,” he said.

Like Ireland’s foreign minister Simon Coveney, some allies tried to limit the damage by stressing this was a problem of Donald Trump‘s making and not reflective of mainstream America.

“We must call this out for what it is: a deliberate assault on democracy by a sitting President and his supporters,” he said.

But with two weeks left in Trump’s four-year term, 74 million votes under his belt and the nuclear codes at his fingertips, no one can be sure what comes next.

Even those predicting the United States will pull through wondered whether the West’s already under-question support for the rule of law and democracy has now been fatally undermined.

“It is not just it will be a long time before we can credibly advocate for the rule of law,” tweeted president of the Council of Foreign Relations Richard Haass.

“It will also be a long time for us to persuade allies to rely on us, or lecture others they are not stable enough to have nuclear weapons.”

In the end, one diplomat at the State Department did take to their typewriter to comment.

Secretary of State Mike Pompeo — an ardent Trump supporter who vowed to bring a “swagger” back to US diplomacy and crisscrossed the world issuing bombastic denunciations — was left to deliver his department’s missive.

“Violence, putting at risk the safety of others including those tasked with providing security for all of us, is intolerable both at home and abroad,” he said.