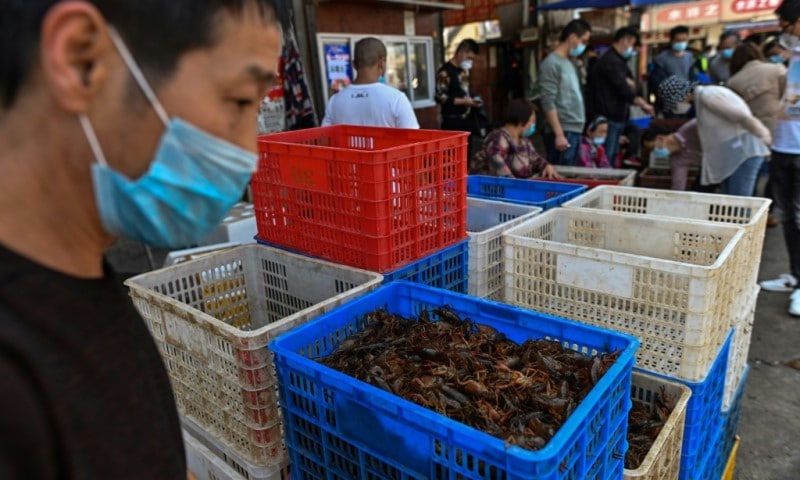 The World Health Organization called on Tuesday for a halt to the sale of live wild mammals in food markets to prevent the emergence of new diseases such as Covid-19.

The WHO said because traditional markets play a central role in providing food and livelihoods for large populations, banning the sale of live wild mammals could protect the health of market workers and customers alike.

The call came in fresh guidance drawn up in conjunction the World Organisation for Animal Health (OIE) and the United Nations Environment Programme (UNEP).

The three agencies said wild animals were the source of most emerging infectious diseases in humans and recommended measures to reduce the potential risk.

“Covid-19 has brought new attention to this threat, given the magnitude of its consequences,” WHO spokeswoman Fadela Chaib told reporters.

The agencies recalled that some of the earliest known cases of Covid-19 had links to a wholesale traditional food market in the Chinese city of Wuhan, with many of the initial patients stall owners, market employees or regular visitors to the market.

They added that samples from the Wuhan market suggested that it might be the source of the coronavirus pandemic’s outbreak and/or that it played a role in the initial amplification of the outbreak.

They also said it was likely that SARS-CoV-2 — the virus that causes Covid-19 disease — originated in wild animals, though how the virus made the species jump into humans is not yet known.

The agencies said there was a strong association between sale of live wild animals in markets and the emergence of new viruses in humans.

“Animals, particularly wild animals, are the source of more than 70 percent of all emerging infectious diseases in humans, many of which are caused by novel viruses. Wild mammals, in particular, pose a risk for the emergence of new diseases,” the guidance said.

“Traditional markets, where live animals are held, slaughtered and dressed, pose a particular risk for pathogen transmission to workers and customers alike.”

The new document is to provide guidance “to reduce the risk of transmission of Covid-19 and other zoonoses in traditional food markets”, it said.

The guidance said traditional food markets that were regulated to operate at high standards of hygiene were safe for workers and customers.

However, significant problems could arise when they allow the sale and slaughter of live wild animals in areas open to the public.

“When wild animals are kept in cages or pens, slaughtered and dressed in open market areas, these areas become contaminated with body fluids, faeces and other waste, increasing the risk of transmission of pathogens to workers and customers and potentially resulting in spillover of pathogens to other animals in the market,” the document said.

“Such environments provide the opportunity for animal viruses, including coronaviruses, to amplify themselves and transmit to new hosts, including humans.”

The agencies called for improved hygiene standards in traditional food markets to reduce the risk of transmitting diseases from animals, and between people.

They called for tougher regulations to control the farming and sale of wild animals heading to markets for human consumption.

The agencies said food and veterinary inspectors should be trained in enforcing new regulations, and called for stronger surveillance systems for animal viruses, and food safety information campaigns for market traders and consumers.