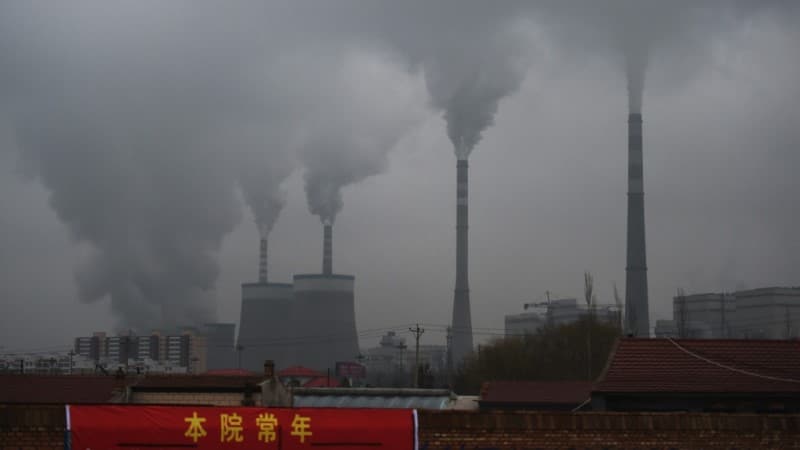 US envoy John Kerry will visit China this week for climate change talks — the first official trip under the Biden administration — in a trip Washington hopes will put aside diplomatic spats and focus on joint environment challenges.

Kerry’s trip comes shortly after a testy meeting in Alaska between two top Biden administration officials and their Chinese counterparts, with tensions high on a number of fronts.

But the former secretary of state has said climate needs “to stand alone” and the visit to Shanghai will focus on areas of potential cooperation.

Here is how China fares in climate change terms:

Annual coal consumption nearly quadrupled between 1990 and 2015, and 60 percent of power in China is still provided by it.

President Xi Jinping has pledged the country’s emissions will peak by 2030, and become carbon neutral by 2060. But critics warned this target is being undermined by factors like the pipeline of new coal plants or China’s fuel-guzzling bitcoin mining operation which powers the global trade in cryptocurrencies.

China launched a carbon trading system in February aimed at driving down emissions — though critics have said it lacks teeth.

In 2020 China opened three-quarters of the world’s newly funded coal power plants, according to CarbonBrief, and accounted for more than 80 percent of newly announced coal power projects.

In 2019, China’s greenhouse gas emissions were an estimated 13.92 billion tonnes, twice as much as the United States.

Between 2000 and 2018, its annual carbon emissions nearly tripled, and it now accounts for nearly a third of the world’s total greenhouse gases linked to global warming.

There were no specific targets for increasing wind, solar or hydro capacity.

State-owned firms have also been investing billions in coal power abroad, which are not counted in domestic carbon neutral calculations.

This is about 3.5 percent of annual CO2 emissions from the global power sector outside China.

China has pushed ahead in renewable energy, with the Global Wind Energy Council industry group noting 2020 was a record year for wind energy.

The drive in wind energy came before a cut-off in government subsidies.

Bloomberg New Energy Finance estimates new wind capacity commissioned in China last year, was “more than was commissioned by the entire world in 2019” in the onshore market.

China is the largest producer of hydroelectricity globally and accounted for over half of worldwide growth, according to the International Hydropower Association.

China installed 13.23 gigawatts in fresh hydropower last year, and 48.2 gigawatts in new solar power, according to the National Energy Administration.

Based on its 2020 energy consumption, however, renewables such as hydropower, wind and solar energy still account for a minority of China’s power generated.