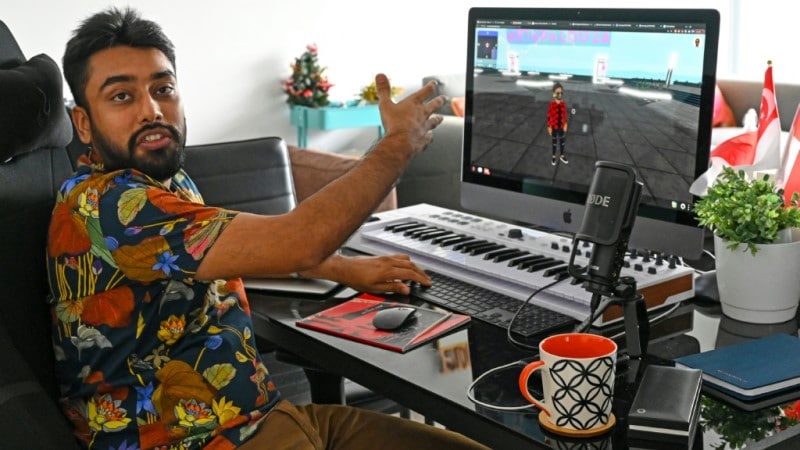 The blockchain entrepreneur who paid a record $69.3 million for a digital artwork looks, at first glance, nothing like a wealthy collector.

The 32-year-old is casually dressed in a t-shirt and chinos, lives in a regular Singapore apartment, and does not own any property or a car — with most of his investments in the virtual world.

“My prize possession would be my computer. And maybe my watch,” Indian-born Vignesh Sundaresan, also known by his pseudonym MetaKovan, told AFP from his sparsely decorated flat.

His unpretentious demeanor offers no clue that he is a multimillionaire investor financing a fund focused on “non-fungible tokens” (NFTs), which use blockchain technology to turn anything from art to internet memes into virtual collector’s items. 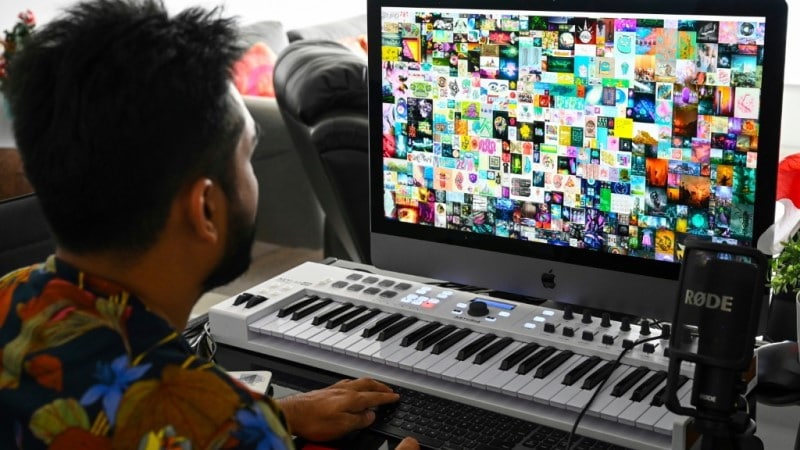 Last month Sundaresan bought the world’s most expensive NFT from US artist Beeple, highlighting how virtual work is establishing itself as a new creative genre

Last month the programmer bought the world’s most expensive NFT — US artist Beeple’s “Everydays: The First 5,000 Days” — highlighting how virtual work is establishing itself as a new creative genre.

With NFTs, many see an opportunity to monetize digital art of all kinds, offering collectors the bragging rights to ultimate ownership, even if the work can be endlessly copied.

Sundaresan defended the price he paid for the collage of 5,000 pieces of art created on consecutive days, which has transformed its creator, real name Mike Winkelmann, into the third-most valuable living artist.

“I thought this piece was that important,” he said.

“As a piece itself it’s awesome. But there is this signaling and symbolic intention also to show the world that… there’s this whole thing that’s going on underground.”

The popularity of NFTs has been slowly growing, but only really hit the headlines with the sale of Beeple’s latest work.

Sundaresan’s Metapurse fund bought another set of 20 Beeple works in December and sold partial ownership of the collection as “tokens” — originally priced at $0.36 per token and now worth around $5.

But he said buying “The First 5,000 Days” was emotionally draining — the sale at Christie’s auctioneers lasted two weeks, with the price starting at just $100 and 22 million people logging on to watch the final dramatic moments.

“I did not think it will be this competitive actually,” he said. “Even for me to spend that much money, it’s quite hard.”

He plans to display his digital art in a virtual gallery — and plans to hire an architect to design it.

“As an avatar, you will be able to go there and go to different floors and look at this art,” he said.

Sundaresan said he felt a personal connection to “The First 5,000 Days” as his own story mirrored Beeple’s — both men started as relative amateurs in their field but found success after years of hard work.

“He has grown over every day — he has worked 13 years now to get to this point,” said Sundaresan.

“I felt this soul connection with him.”

As an undergraduate engineering student, Sundaresan said he could not even afford a laptop.

He tried to build various web services which failed, but he got his break by founding a cryptocurrency company in 2013.

Now, he is chief executive of an IT consulting firm as well as financing the NFT-investing fund Metapurse.

However, he denies that his most recent purchase was a stunt to raise the value of his other NFTs, as some critics have suggested, and insists he is trying to help artists.

But not everyone believes the NFT boom offers much support.

“I see the occasional artist getting a lot of money because they’re lucky, they’re in the right place at the right time,” said Antonio Fatas, a professor of economics at INSEAD business school.

“But for the regular artist trying to make themselves known, I do not see how this is helping.”