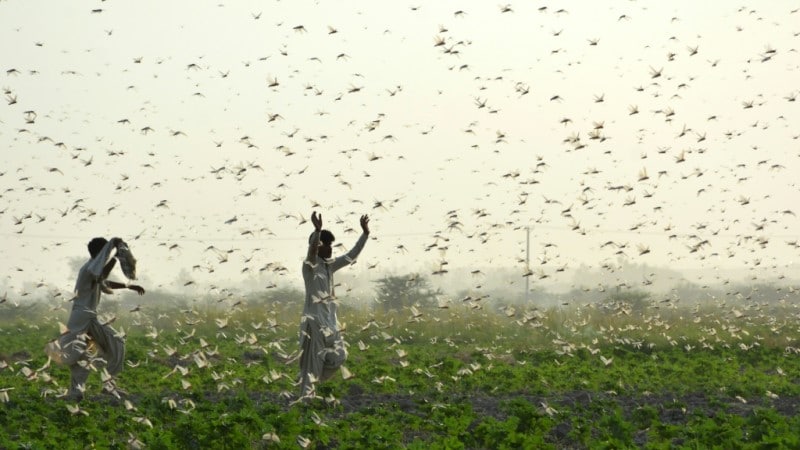 On its own, a locust is fairly harmless. But so-called solitary locusts can undergo a metamorphosis, changing color and joining together with millions of others in catastrophic clouds that strip fields.

So what prompts locusts to transform from solitary to “gregarious”?

A study published Wednesday in the journal Nature reveals the secret lies in a pheromone. 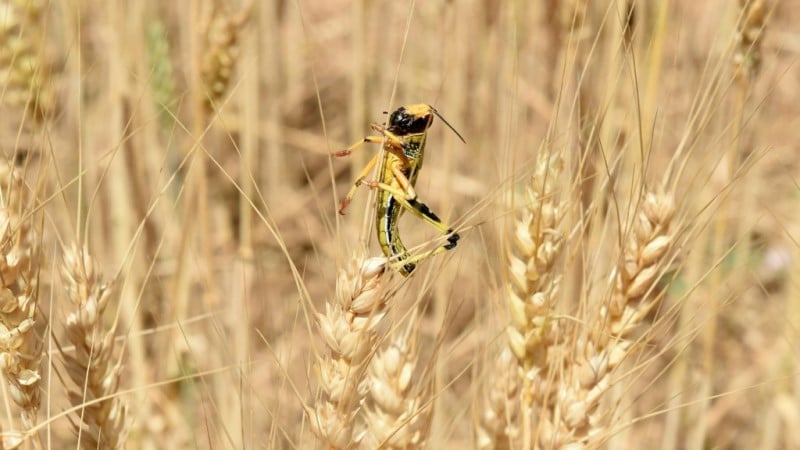 Individually, locusts are not particularly harmful, but they are hugely destructive when they form swarms

Almost like an irresistible perfume, the chemical compound is emitted by locusts when they find themselves in proximity to just a few others of their kind.

The chemical attracts other locusts, who join the group and also begin emitting the scent, creating a feedback loop that results in enormous swarms.

The discovery offers several tantalizing possibilities, including genetically engineering locusts without the receptors that detect the swarming pheromone, or weaponizing the pheromone to attract and trap the insects.

The study comes as record numbers of locusts devour crops in east Africa and threaten the food supply in Pakistan.

It focused on the migratory locust, the most widely distributed species of the insect, and examined several compounds produced by the bug.

It found that one in particular — 4-vinylanisole, or 4VA — appeared to attract locusts when emitted, and that the more locusts flocked together, the more 4VA they emitted.

The team, led by Le Kang, a professor at the Chinese Academy of Sciences, found solitary locusts began releasing 4VA when just four were placed together in a cage.

The team then examined how the locusts picked up the scent, and isolated the part of the locust antennae responsible for detecting the swarming pheromone.

And from there, they found the gene necessary for the detection process and produced genetically modified locusts lacking the key Or35 gene.

The “mutant locusts lost their attraction to 4VA compared with the wild-type locusts”, the study said.

he discoveries open up several possibilities for tackling the voracious pests, including using genetic modification, or tracking 4VA production to predict where swarms may be forming.

There are other avenues too, including weaponizing the chemical, by using a synthetic form of it to bait traps to catch locusts.

Kang and his team tried this, setting up traps in both controlled settings and in the field, and in both cases found the locusts were effectively lured.

“Optimization and adjustment are necessarily required from the experiments to practical application,” Kang told AFP.

But he said the traps were “significantly efficient” and could be a comparatively easy first application of the research.

Leslie Vosshall, head of Rockefeller University’s Laboratory of Neurogenetics and Behavior, said perhaps the most exciting application would be finding a chemical that would block reception of 4VA.

“The discovery of such a molecule might provide a chemical antidote to insect aggregation and cause locusts to ‘stand down’ and return to their peaceful, solitary way of life,” she wrote in a review commissioned by Nature.

Vosshall pointed out that there are still several unknowns, including whether 4VA is the only thing that causes swarm formation, and whether other locust species respond similarly to the compound.

Kang said genetic modification of locusts might offer “sustainable and green control” but acknowledged such a project would require large-scale and long-term efforts.

“This is an approach for long-term control of locusts, and needs strict biological security evaluation before application.”