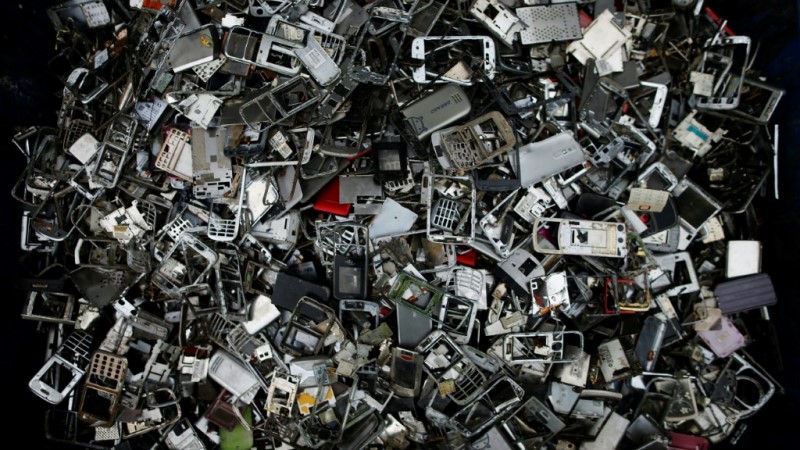 Major technology firms including Dell, Microsoft and Google have joined a new initiative aimed at creating a circular economy for electronics by 2030, amid mounting alarm over the world’s ballooning e-waste problem.

The project comes as humanity’s insatiable appetite for smartphones, household appliances and electronic car parts combined with the short lifespans of many tech products has made e-waste the planet’s fastest growing refuse.

According to the United Nations, more than 50 million tonnes of electronic waste was discarded in 2019, with the vast majority ending up in landfill and on scrap heaps. 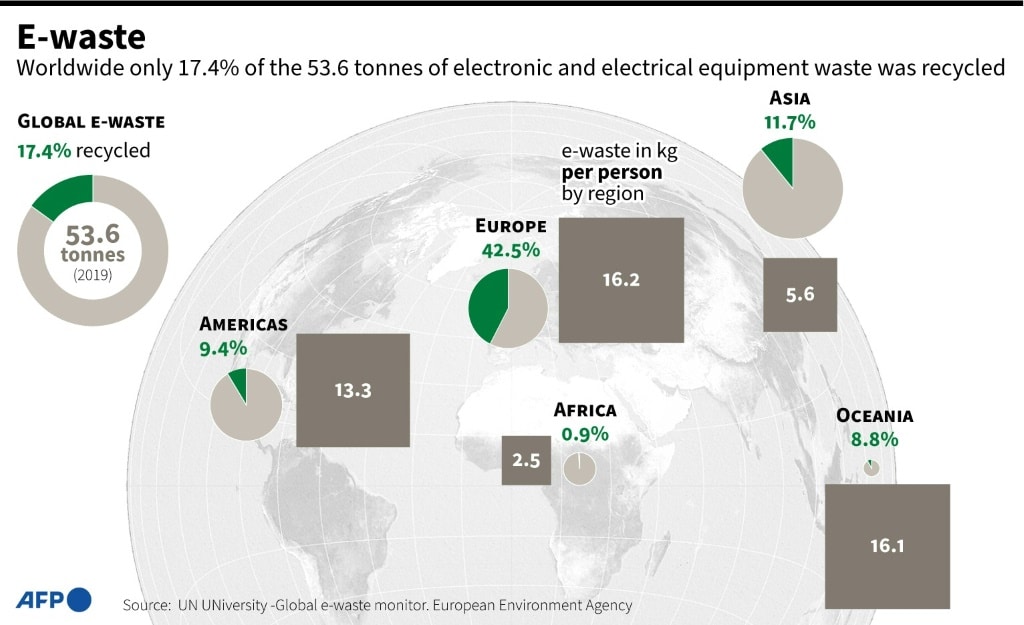 With only 17 percent of products recycled, the UN estimates that materials worth more than $55 billion (50 billion euros) are being wasted every year.

The new initiative, led by the World Business Council for Sustainable Development and the World Economic Forum, has outlined a vision for how industry might break this habit.

But this is only a first step and does not include financial commitments or firm targets, the groups caution.

“We can’t continue to assume that we can produce as many products as we want without thinking about what happens at end of life,” said Brendan Edgerton of the WBCSD, adding that electronics involved include “everything with a plug or a battery”.

Ideas range from designing products so that precious metals are easier to extract, to creating an “eco label” system, but Edgerton said the initial step was more modest — coming up with a shared idea of what a circular economy might look like.

“What we’re trying to do is make sure that when one company is going in one direction, another company isn’t going in a different direction with the same goal,” he told AFP.

Dell has said half of the materials it uses will be “recycled or renewable” by 2030.

“But as an industry, we need to move faster,” said Michael Murphy, Dell Vice President of Product Development Engineering.

In a separate announcement in October, Apple said its newest iPhones would be produced using completely recycled rare earth materials.

Just over half of all emissions in the IT sector come from the use of equipment and data centers, with the rest from production, said James Pennington of the WEF.

“One of the key ways to bring down those emissions and meet net-zero targets is through a more circular economy — reusing, recycling and extending the life of products,” he said.

A briefing from the European Environment Agency last year said research into smartphones, televisions, washing machines and vacuum cleaners showed that their lifespan was more than two years shorter than either their designed or desired lifetimes.

There are nearly 700 million old “hibernating” mobile phones in Europe alone, amounting to some 14,920 tons of gold, silver, copper, palladium, cobalt and lithium with a value of over a billion euros.

Pennington said that while stronger waste regulations are crucial, more specialized recycling facilities are also needed to process the sheer volume of e-waste.

There are also concerns about creating incentives without ensuring that products are actually recycled, after illegal dumping of household plastics, particularly in Southeast Asia, has caused severe pollution.

The idea of an eco label, already being considered in Europe, could help people choose green electricals, but Edgerton said recycling principles would need to become the “new normal” to make a difference.

“For this to truly be at the scale that it needs to be, it needs to be available to everyday consumers, this can’t be an upper class option to tick a green box, or we’ll find ourselves in a situation that’s not too different from today,” he said.