In jade waters off Hong Kong’s eastern shoreline, scientists are thrilled to spot a cuttlefish protecting her eggs inside an artificial, 3D-printed clay seabed helping to restore the city’s fragile coral reefs.

On postcards and in the popular imagination Hong Kong is a byword for urban density, a thicket of towering skyscrapers crammed along the harbor or clinging to the vertiginous hillsides above.

Yet it is circled by a surprising array of nature and the small number of coral reefs are some of the city’s best-kept secrets.

Around 84 species of coral are found in Hong Kong’s waters, scientists say, more diverse than those found in the Caribbean Sea. 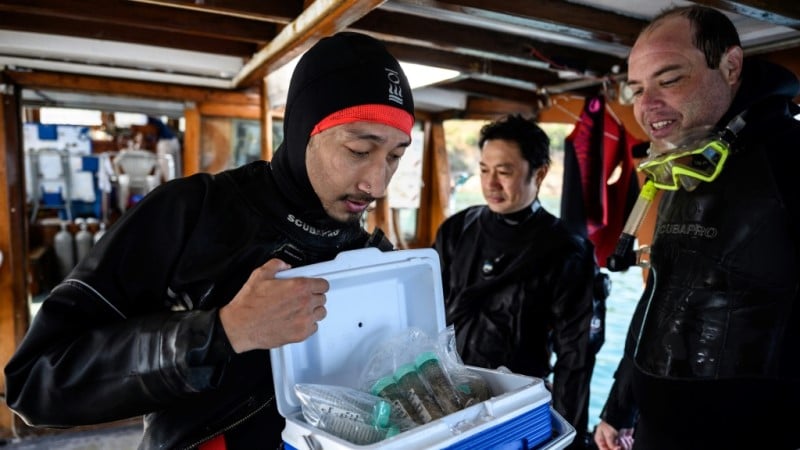 A diver looks at samples stored in a cool box

Most can be found on remote inlets, far from the sediment-filled Pearl River Delta and its busy shipping channels.

But like all reefs in a rapidly warming world, they are under enormous pressure.

Which is where Vriko Yu and her team of fellow marine scientists come in.

They have begun using 3D printed tiles that work as an artificial bed for corals to latch onto and thrive, with promising results.

“The first time we put down the tiles, there were a few fish around,” she told AFP on a recent inspection by University of Hong Kong (HKU) researchers.

Now the artificially produced reef laid down last summer is teeming with wildlife, including the cuttlefish, something Yu described as “very, very exciting”.

Corals are colonies of billions of living polyp invertebrates and are hugely sensitive to temperature changes.

When they get too hot, they lose their vibrant colour and die.

Repopulating a dead or damaged reef requires suitable ground for the remaining coral larvae to latch onto and build a new home — and the printed tiles have so far proven dependable.

“3D printing allows us to customize a tile or a solution for any type of environment and I think that’s the real potential that the technology brings,” David Baker, an associate professor at HKU’s School of Biological Sciences who led development of the technology, told AFP. 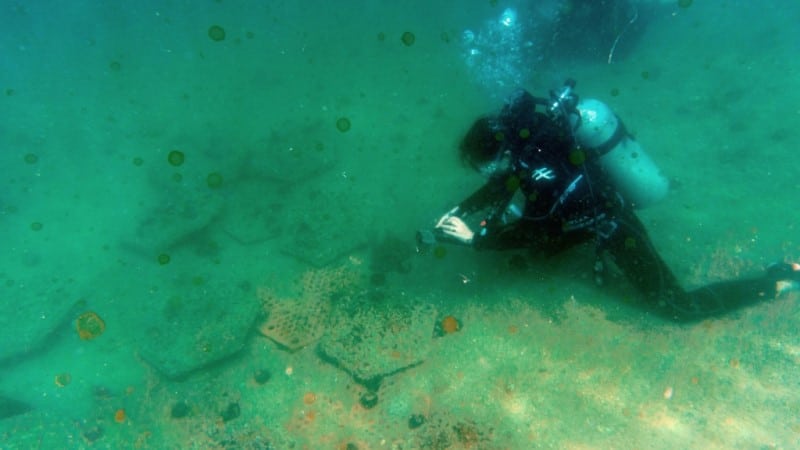 Tiles carrying 400 coral fragments have been laid on a 40 square-metre (430 square-foot) section of sea floor in the marine park.

“The corals now on the tiles definitely survive better than the traditional way of transplantation,” said Yu, putting the success rate at around 90 percent.

Some projects around the world have deliberately sunk ships or concrete onto the sea floor to encourage coral growth. And while those methods have had some success, they can change the chemistry of the water.

The tiles used in the Hong Kong project are made with terracotta, minimising the environmental impact.

“Clay is basically soil, so soil you can find everywhere on earth,” said Christian Lange, an associate professor from HKU’s Department of Architecture.

It leaves water chemistry unchanged, Lange added, and if a tile fails to spawn a new colony it will simply erode without leaving a trace. 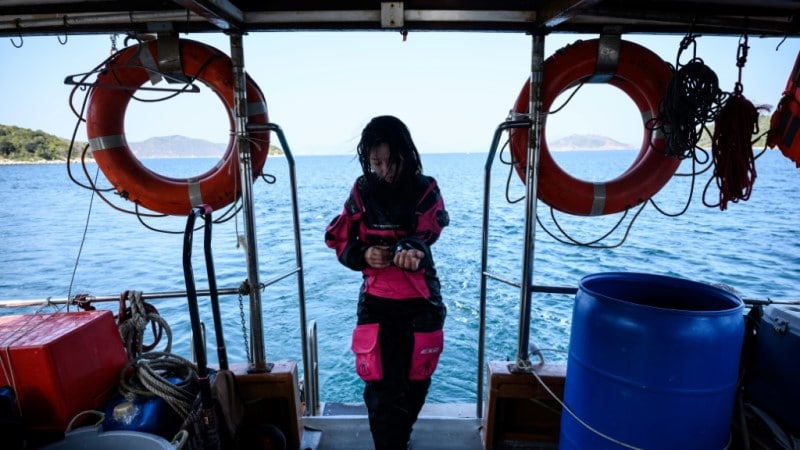 Marine scientist Vriko Yu from the University of Hong Kong

Rising sea temperatures have decimated reefs around the world, especially those in warmer tropical waters.

Australia’s Great Barrier Reef — the world’s largest coral system — is now so badly damaged that it is listed by the International Union for Conservation of Nature (IUCN) as “critical”, the worst category.

Corals that exist in subtropical waters are of particular interest to scientists because they form generally hardier colonies that are better able to withstand a greater range of temperatures.

A recent Royal Society paper found some evidence that some subtropical corals were thriving in warmer oceans, compared with their tropical cousins. 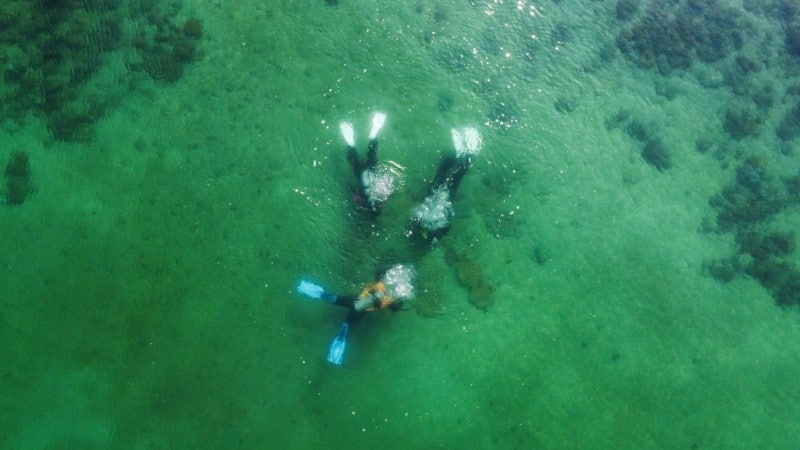 “The Great Barrier Reef… has many corals living offshore in clear tropical waters, they’re not used to change,” explained Baker.

“So just having a little extra warmth is going to push them over the edge faster than we think our local corals would succumb to bleaching.”

Baker said the tiles are not a panacea for the mass bleachings.

But he hopes the project can identify species with the genetic resilience to endure future environmental stress and buy time for corals “to adapt and to migrate into more suitable areas”.

“We might actually be creating a new potential home for corals as they try to escape climate change from equatorial regions,” he said.