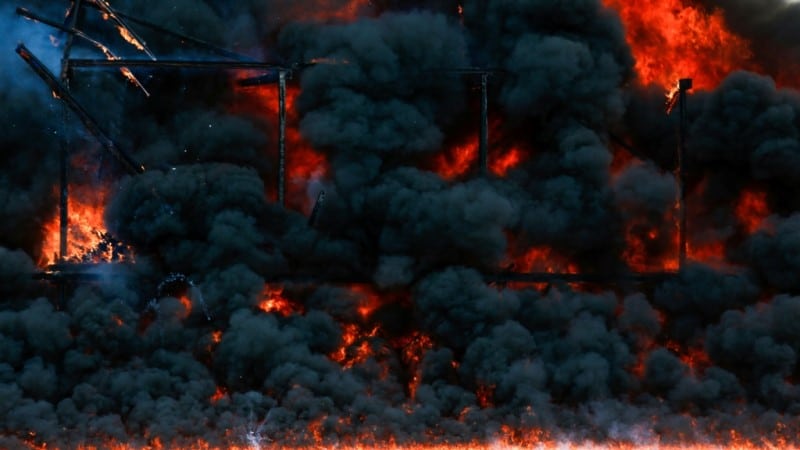 Thailand is Southeast Asia’s meth “superhighway”, with drugs from remote Myanmar labs pouring through the border destined for the local market or overseas as far as Australia, New Zealand and Japan.

Prices have dropped as the drug labs ramp up production of yaba — the tiny caffeinated pink or green pills guzzled by Southeast Asian truck drivers to clubbers — and the more expensive and highly addictive crystal meth known as “ice”.

Millions are hooked on drugs in Thailand, where prisons are stuffed with petty dealers and addicts. 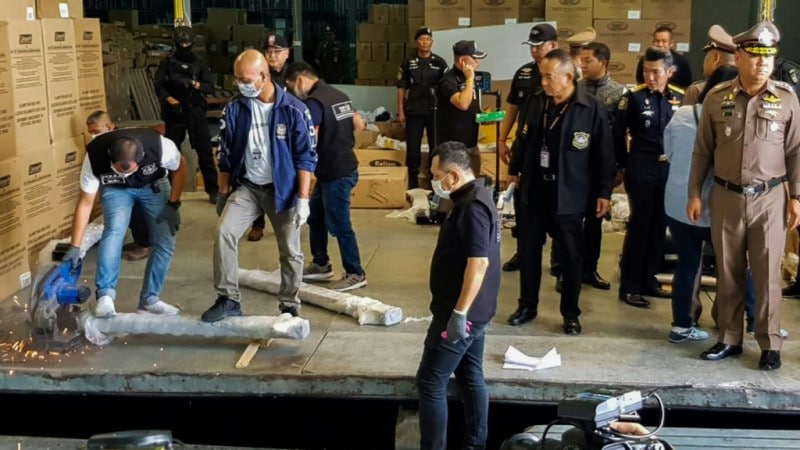 Thailand is Southeast Asia’s meth ‘superhighway’, and authorities are trying to crack down on powerful drug cartels in the region

But the drug lords remain beyond reach, hidden behind a web of middlemen and complex money laundering schemes.

Authorities say they are finally ready to change the game by going after drug money sloshing through Thai banks, construction businesses and cryptocurrency accounts.

“We have found an irregular flow in the banks of 170 billion baht ($5.4 billion) — it may not all be drugs,” Justice Minister Somsak Thepsuthin told reporters this week.

“But we are confident there is at least 12 billion baht ($388 million) in drug-related assets — drug money is being turned into gold, zinc (panels), steel rods and oil.” 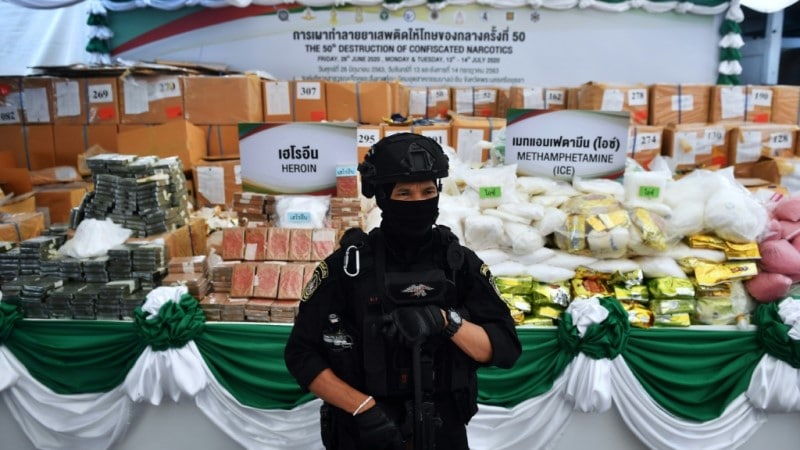 Thai authorities were set to destroy a massive batch of confiscated drugs, including heroin and meth on Friday

Thailand’s get-tough message follows the recent unspooling of several networks, who bought oil with drug profits and traded it on international markets as well as transforming dirty money into construction materials for sale such as steel pipes, roofing and machinery.

The main group was allegedly controlled by Daoreung Somseang, a Thai woman already in custody in a Bangkok prison on trafficking offences.

Police allege she still ran a drug empire which spanned the country using gold shops and construction companies to clean at least $100 million cash through 113 accounts to move the money.

It is a cycle of drug production, trafficking and laundering that generates untold billions and turns a secondary economy of cryptocurrency, supercars and plush overseas properties. 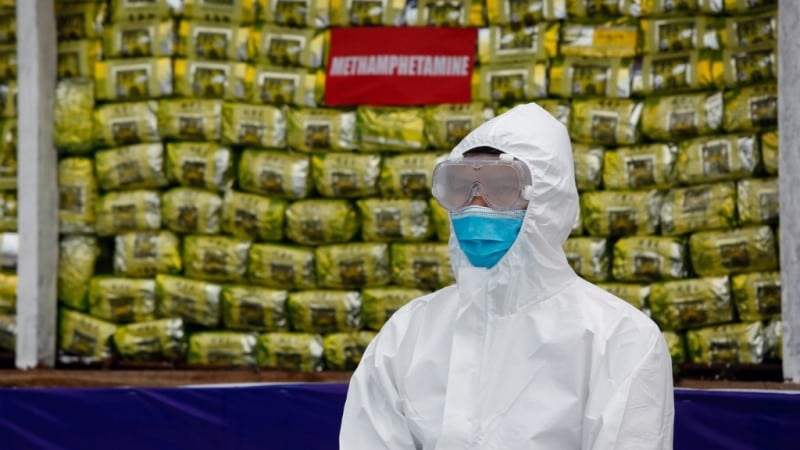 But the Daoreung’s dexterity in laundering shows the “scale and sophistication of the networks”, according to Jeremy Douglas of the UN Office on Drugs and Crime.

“This one is not even a super-syndicate… it’s mid-sized but is still moving a massive volume of money.”

On Friday, Thai authorities burned seized drugs worth $1.7 billion — another batch worth $800 million was incinerated in Myanmar — during an annual parade of law enforcement successes across the region.

But the record amounts are just a sliver of the money on the table for Asia’s meth lords, who emerge from drug crackdowns by raising production and piercing borders with corruption.

The UNODC estimates they are making between $30-$60 billion a year and are the biggest meth producers in the world. 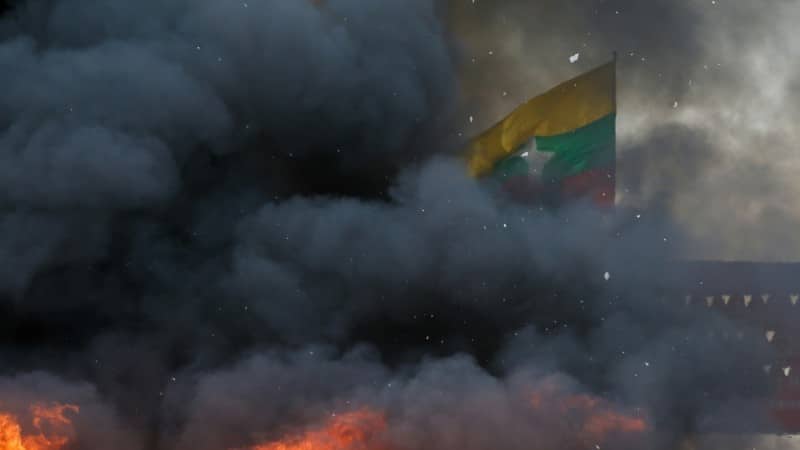 The meth is produced in the “Golden Triangle” — cutting across northern Thailand, Laos, China and Myanmar — where armed rebels are the law and drug lords lease jungle labs under their protection.

The market-leading syndicate is believed to be the “Sam Gor” group, dominated by Chinese gangsters who control at least 40 percent of Asia’s meth — sending their signature tea packets stuffed with “ice” across the Asia-Pacific region.

To unwind the money trail, Thailand has been working with the US Drug Enforcement Agency (DEA), whose skills were honed in the fight with the Latin American cartels.

But crime experts warn police must be ready to follow the money wherever it leads if they are to get close to the heads of the criminal chain.

The UNODC’s Douglas added: “The message is you can’t just stop at the drug seizure.”