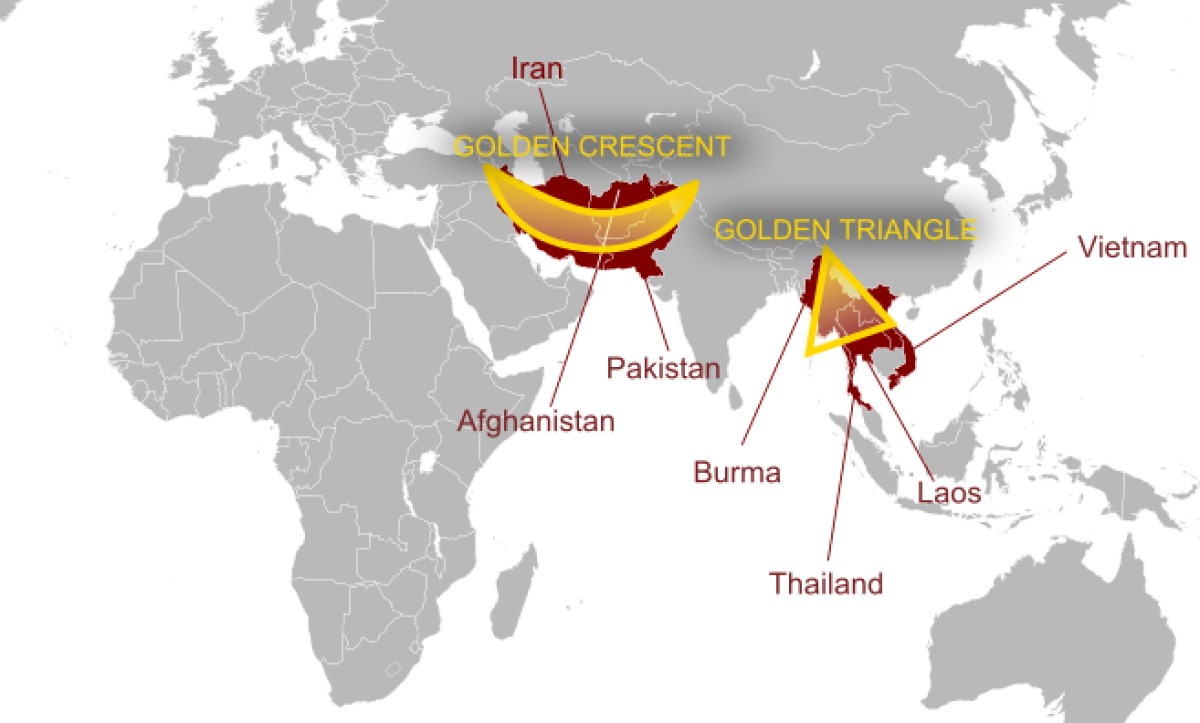 Smack-dab in the middle of danger, what exactly goes on in this drug track?

The Golden Triangle is no district to scoff about. What goes on over there is a slow and destructive disease spreading throughout the world. Drugs, illegal activity, human exploitation— you name it. It’s pretty much the powerhouse of drug trafficking. And by powerhouse, I mean it accumulates a 16.3 billion value of drugs. Specifically, heroin and methamphetamines, highly addictive narcotics that do not shy away from taking lives. But this makes it all the more interesting for the criminals involved seeing as how nothing is regulated and money comes in hoards. 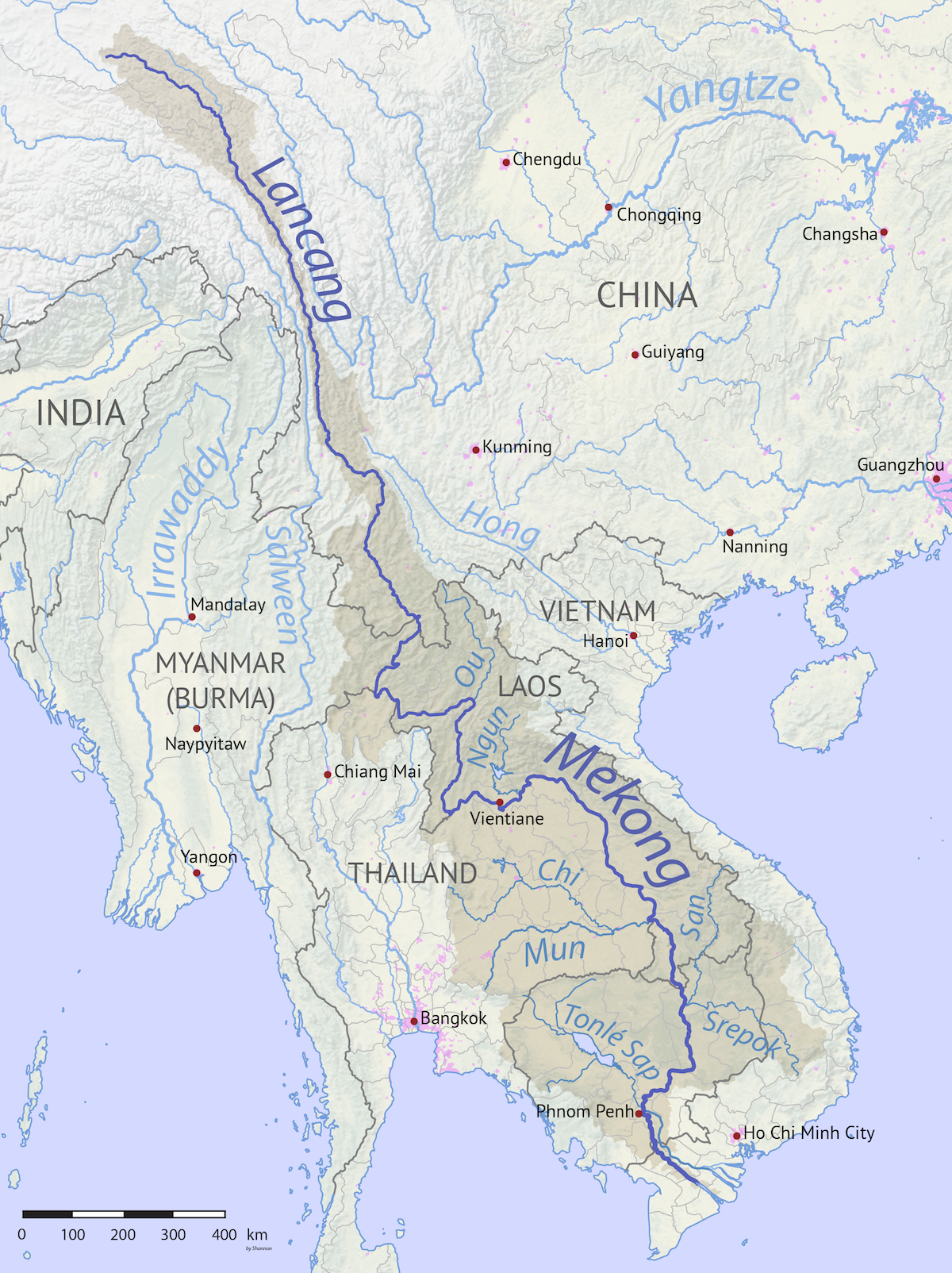 Why is it Called the Golden Triangle?

The term was coined by the Central Intelligence Agency (CIA) due to its location. The passages connect into a triangle, and just as a triangle has three sides, there are three parties involved in its blunt shape. They are Myanmar, Laos and Thailand. It is mostly centered in the northern area of Myanmar, a notorious region that exports drugs all over the world and has been doing so for decades.

The area covers 367,000 square miles in Southeast Asia where, historically, the production of opium boomed in the region. Opium is another narcotic involved in the drug trade although it is a specialization of another drug route called The Golden Crescent. The Golden Crescent refers to the mountainous region among Afghanistan, Pakistan and Iran. Afghanistan is the lead producer of opium sometimes coming in contact with the inner workings of the Golden Triangle. Opium and heroin were once dominated by Myanmar before Afghanistan took the reigns. Currently, Myanmar has found a new baby to thrive: methamphetamines. How lovely.

The landscape of the Golden Triangle is quite hilly and loaded with terrains. The area is divided by Myanmar’s Ruak River, Laos’ Mekong River and Thailand’s Mae Khong. Together, it creates a natural boundary making it an ideal location for smuggling acts. This border is used as the meeting spot for the exchange of drugs from Myanmar, Laos and Thailand— and soon, the rest of the world.

The dangerous activity is not only hard for the people will succumb to these drug services, but also to the civilians who reside in these places forced to witness the danger. How does one enjoy their country when they are perpetually afraid?

Who Else is Involved in This Travesty?

The massive outpour and production of methamphetamines and heroin have affected many nations. Sights of drugs originating from The Golden Triangle have increased and have been spotted in countries such as South Korea, China, the Philippines, the United States, Mexico, New Zealand and many states in between.

The United Nations Office on Drugs and Crime (UNODC) has spoken up about these occurrences, stating that it is nothing like they have ever seen before. Drugs are constantly being discovered to having ties from the triangle even when these locations are not even in relatively close proximity to the district. It goes to show that the triangle is more than just the three doers in the criminal activity. Many factors are unitedly conspiring for these exports to get around.

According to UNODC data, the price of methamphetamines regardless of its form (crystal or pill) has fallen in many states. This signifies that large amounts of the narcotic are circulating in the streets and being sold in moderate quantities completely privy to the police and law enforcement. If this is the case, production is at an all-time high.

The production of these illegal substances in Myanmar has been getting them a lot of flack from the international community. Major General Aung Thu, Myanmar’s vice minister of home affairs, defended the country with this statement:

“While we are a significant source of illicit drugs, we are not a source of the chemicals.”

That really is not much to brag about, but touché. So where exactly are these chemicals coming from? The flow of the elements and substances to northern Myanmar is traced all the way to China, India, Pakistan and Vietnam. Like I said, the triangle does not operate on its own. This is a true testament of how easy it is for crime to connect through borders. 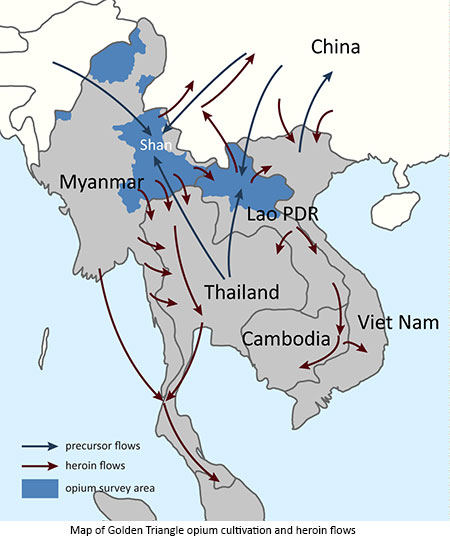 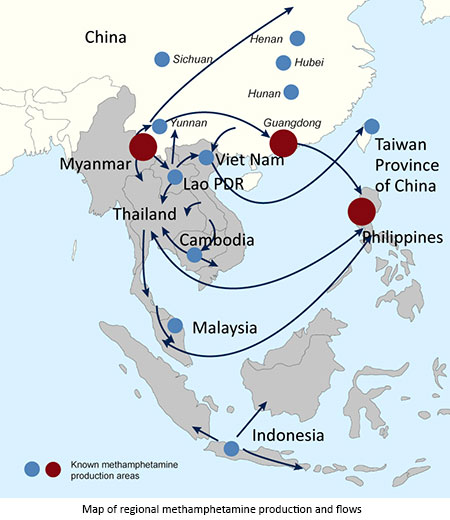 What is the Current Status of Issue?

The presence of heroin and methamphetamines in China are overwhelmingly available. China’s history of drugs and narcotics are long and extensive. With its strive to drive off illegal substances from its territory, this is an occurrence that does not boost pride. This has inspired the state to strengthen border control and customs. China plans on tackling this issue by answering straight to criminal gangs in charge of production and distribution. China will be relaying strong efforts in cross-border inspections and observation. 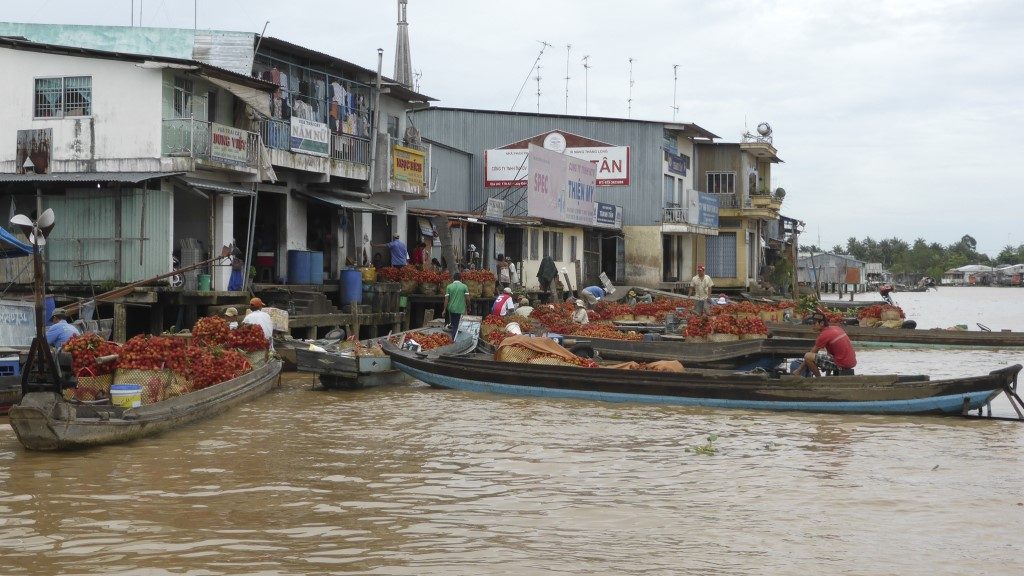 Almost two billion pesos worth of drugs were discovered in Cavite, Philippines— drugs that are believed to come from The Golden Triangle. The substances made its way within the country through shipside smuggling. Essentially, big ships will drop these packages into the water where they will soon be picked up by small vessels that usually go undetected.

It was not a smooth arrest as two Chinese officials were killed when they opposed the Philippine Drug Enforcement Agency (PDEA) during a raid gone wrong. Upon examination of the narcotics, it was 1.9 billion pesos worth of shabu, the Philippines’ version of crystal meth.

Posing as a united front, Thailand, Myanmar, Laos and China decided to launch an initiative to address the drug trafficking in The Golden Triangle. Each nation figured that it would most likely be futile to tackle this conflict alone, especially since illegal conspirators can be found in many places. This decision gave birth to Thailand’s Safe Mekong Coordination Centre (SMCC) which is where the four nations will conjoin to appropriately handle and discuss arrangements.

The good news is, so far, everything seems to be working. The agency has done wonders for small bouts of change in the triangle. Since January, there have already been 600 arrests. Taking care of the root of the issue, enforcers will also successful with eliminating 590 drug-related proceedings. 5,000 law officials have been involved with cases left and right, finding solutions and exterminating gang activity. These enforcers have engaged in almost 1,000 operations.

The coordination has been abundantly helpful, finding 38 kilograms of methamphetamine, 71 kilograms of heroin and 1.2 kilograms of opium. And may I remind you, this is all in a span of one month. Who knows what will be achieved with more time?

China, Laos, Myanmar and Thailand are doing great in making progress and developments of the deadly situation. But they are not the only ones set on ensuring peace and harmony in the triangle. Law enforcement agencies from the United States, Australia, Canada and India are going to be attending the Naypyidaw conference in Myanmar to facilitate peace.

Rest assured, with determination, integrity and unity— the subtle destruction in The Golden Triangle will be eradicated. With the cultivation of respect and heavy boundaries, the illegal trafficking of drugs can significantly decrease and eventually lead to the betterment of the world as a whole.