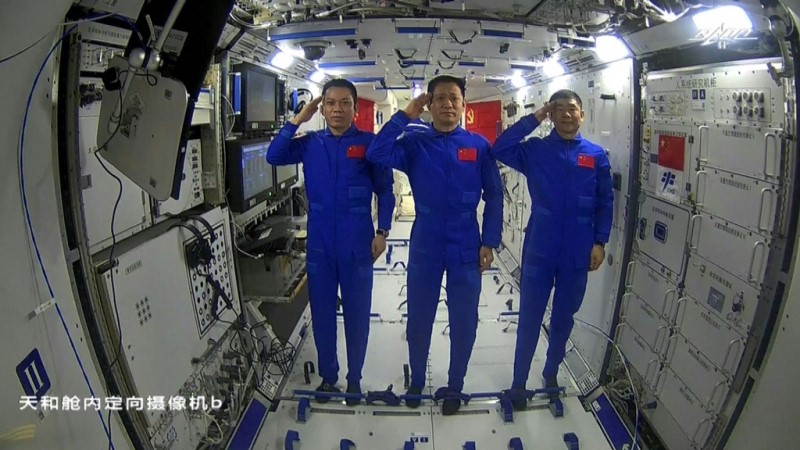 Chinese astronauts successfully performed the country’s first tandem spacewalk on Sunday, working for seven hours on the outside of the new Tiangong station in orbit around Earth.

Tiangong’s construction is a major step in China’s ambitious space program, which has seen the nation land a rover on mars and send probes to the Moon.

Three astronauts blasted off last month to become the station’s first crew, where they are to remain for three months in China’s longest crewed mission to date.

On Sunday morning, two of them exited the station for around seven hours of work in the first spacewalk at Tiangong, the China Manned Space Agency said. 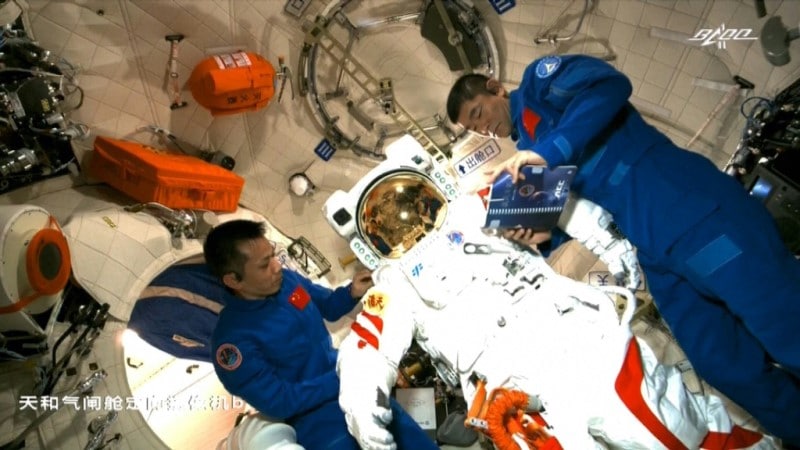 “The safe return of astronauts Liu Boming and Tang Hongbo to the Tianhe core module marks the complete success of the first spacewalk in our country’s space station construction,” the space agency said.

Their tasks involved elevating a panoramic camera outside the Tianhe core module, as well as testing the station’s robotic arm which will be used to transfer future modules around the station, state media said.

The astronauts installed foot stops on the robotic arm and, with its support, carried out other assembly work, added the space agency.

In a video clip of Liu leaving the cabin, he exclaimed: “Wow, it’s too beautiful out here.”

Television footage showed the astronauts preparing for the spacewalk by donning gear and conducting health checks while exercising.

Liu and Tang were later shown opening the hatch and exiting the module separately, wearing newly developed suits said to weigh some 130 kilograms.

They were supported from inside the station by the mission commander Nie Haisheng, a decorated air force pilot who is on his third space mission.

This was the first of two spacewalks planned for the mission, both expected to last six or seven hours.

It was also the first time since 2008 that Chinese astronauts went outside their spacecraft. Back then, Zhai Zhigang made China the third country to complete a spacewalk after the Soviet Union and the United States.

This is China’s first crewed mission in nearly five years, and a matter of huge prestige as the country marks the 100th anniversary of the ruling Communist Party this month with a massive propaganda campaign.

To prepare, the crew underwent more than 6,000 hours of training.

The Chinese space agency is planning a total of 11 launches through to the end of next year, including three more crewed missions. They will deliver two lab modules to expand the station, along with supplies and astronauts. 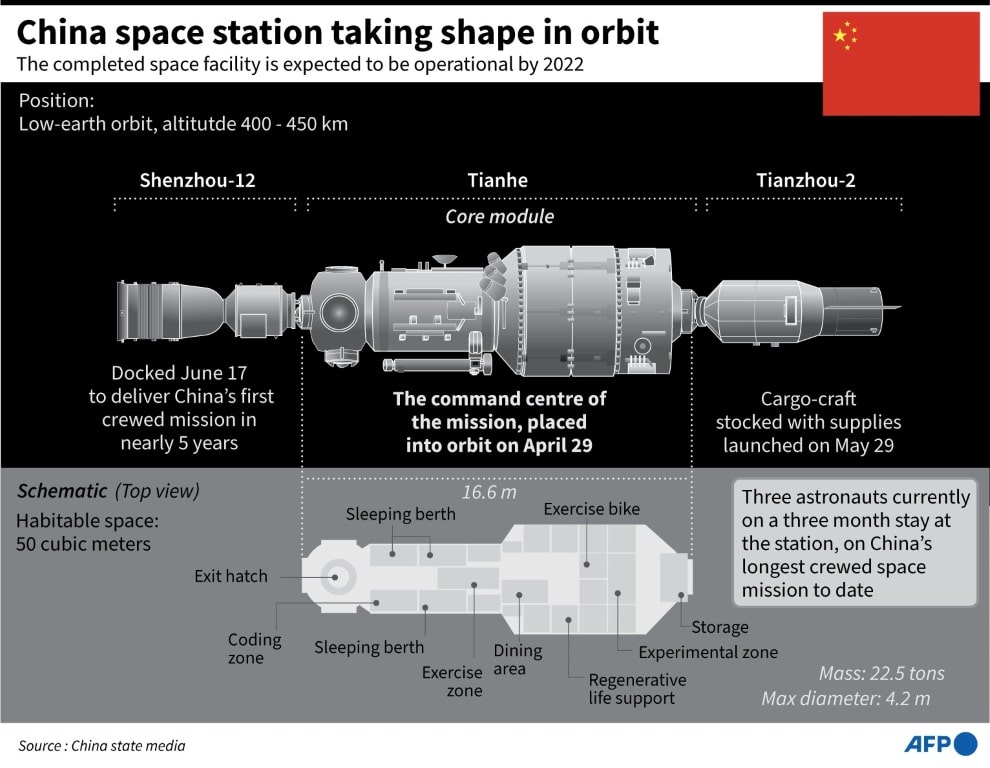 On Sunday, state television showed footage of the astronauts’ daily lives on Tiangong, including setting up an exercise bike and working out on a treadmill.

One crew member was shown eating with chopsticks, while another did a handstand and somersault after mealtime.

The mission attracted a flurry of discussion online, with a hashtag about the spacewalk garnering 200 million views on China’s Twitter-like platform Weibo.

One user wrote: “How much I’m moved by each step of achievement is beyond words.”

President Xi Jinping has said the construction of China’s first space station is opening “new horizons” in humanity’s bid to explore the cosmos.

China’s ambition to build an orbiting outpost of its own was fueled in part by a US ban on its astronauts on the International Space Station, a collaboration between the United States, Russia, Canada, Europe and Japan.

The ISS is due for retirement after 2024, although NASA has said it could potentially remain functional beyond 2028.

Tiangong is expected to have a lifespan of at least 10 years, and China has said it would be open to international collaboration on the station.