The Secret is Out: Victoria’s Secret Taps Eileen Gu as New Face 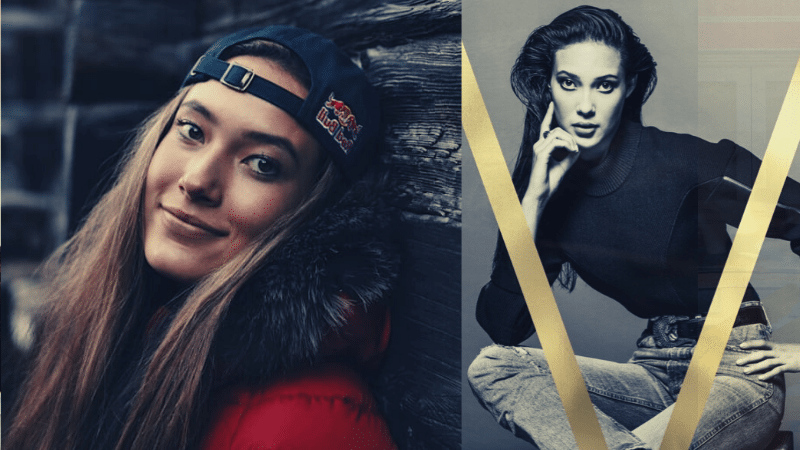 Mammoth lingerie retailer Victoria’s Secret has ditched the Angels and their wings in favor of something more inspiring – the Victoria’s Secret Collective. The brand’s drastic shift is in line with their efforts to catch up with the times.

“When the world was changing, we were too slow to respond.”

But now, their wings have been clipped.

In the place of the old Victoria’s Secret angels are seven women that are known for their achievements, not their weight or looks. The new Collective includes 17-year old Eileen Gu, a Chinese-American freestyle skier who will soon compete in the Olympics.

“So proud to be part of the Victoria Secret collective, and incredibly excited to see how this dynamic and empowered group of women will help contribute to the future of such an iconic brand,” shared Gu in an Instagram post.

Eileen juggles being a model and a pro freestyle skier. The athlete competed in the 2021 FIS Freestyle Ski and Snowboarding World Championships where she nabbed first place in the Freeski Slopestyle and Freeski Halfpipe events.

The celebrated freeskier is famous for her daring maneuvers. She became a two-time winner for the Winter X Games championship just this year, and this cemented her as one of the biggest names in the skiing world. She is also nominated for the ESPN ESPY best athlete in the women’s action sports category.

As if her sports accolades are not enough, she also has the brains to accompany them. Gu will be attending Stanford University in 2022 after the Olympics.

Before signing with Victoria’s Secret, she has worked with brands like Adidas and Tiffany & Co.

The Massive Shift of Victoria’s Secret

Since 1977, Victoria’s Secret models have been synonymous with sky-high heels, bejeweled bras, fake tans, and tiny waistlines. Only a few supermodels around the world are lucky enough to wear “wings” on the runway of their world-famous fashion show. This is why the world was shocked about the bold move of the company to abolish their notorious angels in lieu of the Victoria’s Secret Collective.

The rebranding strategy will focus on change and diversity, and considering the new models’ achievements, it’s clear that they were not chosen on looks alone.

Victoria’s Secret has faced criticism in recent years due to its lack of diversity and unhealthy depiction of women and their bodies. More people demanded the brand to change their branding in 2018, and this led to their 2019 show being canceled.

To say that Victoria’s Secret has struggled to stay relevant in recent years is an understatement, especially with inclusive brands like Fenty taking over the scene.

“To rebrand is going to take a lot of steps to ensure that they have the consumer trust, that this isn’t just inclusivity-washing,” shared Senior Analyst and Coresight Research Erin Schmidt.

Former VS Angels have expressed their support for the new collective.

“I’m proud that in my lifetime, I’m witnessing a beauty revolution. To the new collective of badass ROLE models, I may have cracked that door open, but y’all are charging through. Keep on keepin’ on until we all LOSE COUNT of how many are breaking through behind you,” said Tyra Banks in an Instagram post.

The brand is putting a huge chunk of its marketing budget in the unexpected models in hopes of inspiring more people to join their cause and convince them to believe in the brand’s shift.

Victoria’s Secret has also announced the launch of a podcast and charitable initiative called the VS Global Fund for Women’s Cancers to help with cancer research. The project will invest a staggering $5 million annually to female scientists in the field to unlock new innovations and treatments.