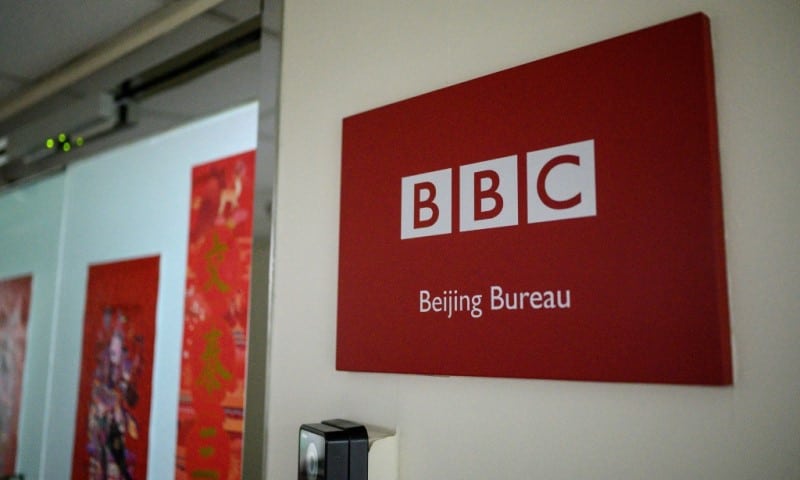 Beijing on Thursday launched a scathing attack on the BBC, accusing it of broadcasting “fake news” and saying the organization was “naturally unpopular” over its coverage of devastating floods in central China.

The broadside by the foreign ministry comes after the BBC called on Beijing to put a stop to the harassment of its journalists by nationalists who have accused foreign media of biased reporting.

Days of heavy rain last week sparked record flooding in the central province of Henan that has claimed the lives of at least 99 people.

The BBC said its reporters covering the deluge had been subjected to online vitriol, while other outlets had been harassed on the ground in “attacks which continue to endanger foreign journalists”.

Zhao said the BBC deserved to be “unpopular with the Chinese public” and “there is no such thing as hatred without reason”.

The war of words erupted after a youth branch of China’s ruling Communist Party on Tuesday posted comments online calling on its 1.6 million followers to track the movements of BBC reporters.

A year’s rain was dumped on the city of Zhengzhou in just three days last week, leaving 14 people dead and more than 500 commuters trapped when the city’s subway system flooded during rush hour.

City and provincial officials have faced calls for accountability, with the wife of one of the subway victims telling local media she would sue the metro operator for negligence.

But despite calls for transparency, foreign journalists have been met with increased hostility as sensitivity towards any negative portrayal of China mounts.

The Foreign Correspondents’ Club of China said in a statement that reporters in Zhengzhou had been surrounded by angry locals and grabbed, while Chinese news assistants had received “threatening messages”.

Reporters from AFP were forced by hostile Zhengzhou residents to delete footage and were surrounded by dozens of men while reporting on a submerged traffic tunnel.

But press freedom groups say the space for overseas reporters to operate is tightening, with journalists followed on the streets, suffering harassment online and refused visas.

Senior BBC correspondent John Sudworth even fled the country earlier this year following a targeted campaign against the BBC over its coverage of rights abuses in the Xinjiang region.