From Grey to Green: World Cities Uprooting the Urban Jungle 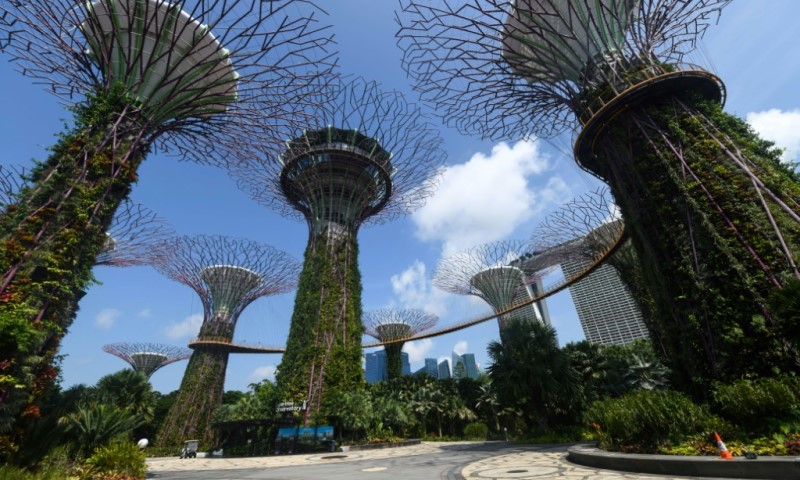 From lettuces farmed on New York’s skyline to thick corridors of trees occupying once desolate Colombian roadsides, green initiatives are running wild in cities around the world.

At a time when coronavirus lockdowns have amplified the need for nature in urban areas, AFP has gathered images and footage of projects optimizing precious city space.

Replanting initiatives have sprouted up since the start of the 21st century as urban development goals have shifted and alarm about global warming has grown.

And they’ve had an impact. 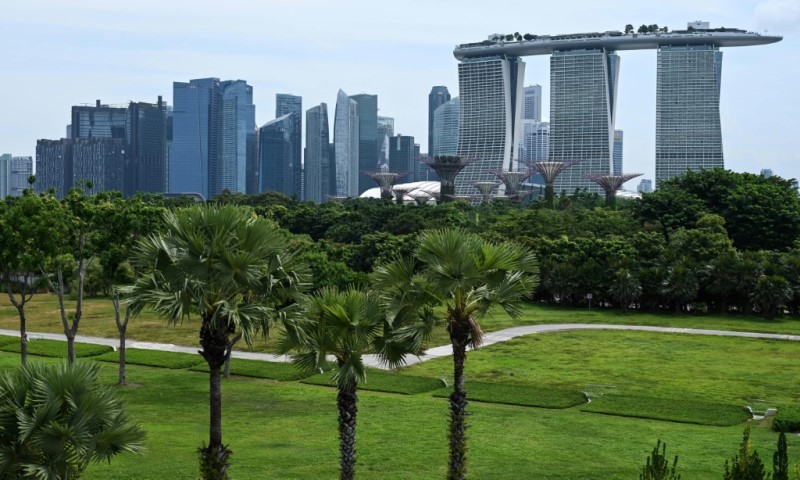 As alarm about global warming has grown and urban development goals have shifted, replanting initiatives have sprouted in cities around the world

In nine cities in the world, thanks to planting schemes on walls and roofs, the temperature during the warmest month in so-called street canyons — flanked by high-rise buildings on either side — can be reduced by 3.6 to 11.3 degrees Celsius at the hottest time of day, according to a report by the French Agency for Ecological Transition.

“However, it’s about where they are created in relation to the needs of the local communities,” she added.

So, are all urban replanting projects worthwhile?

For a scheme to be seen as “virtuous”, it must fulfil as many functions as possible, economist and urban planner Jean Haentjens, who co-authored the book “Eco-urbanisme” (“Eco-Urbanism”), told AFP.

In addition to lowering the temperature, he said it should also preserve biodiversity, improve wellbeing, raise awareness, be appealing to residents and suitable for its social context. 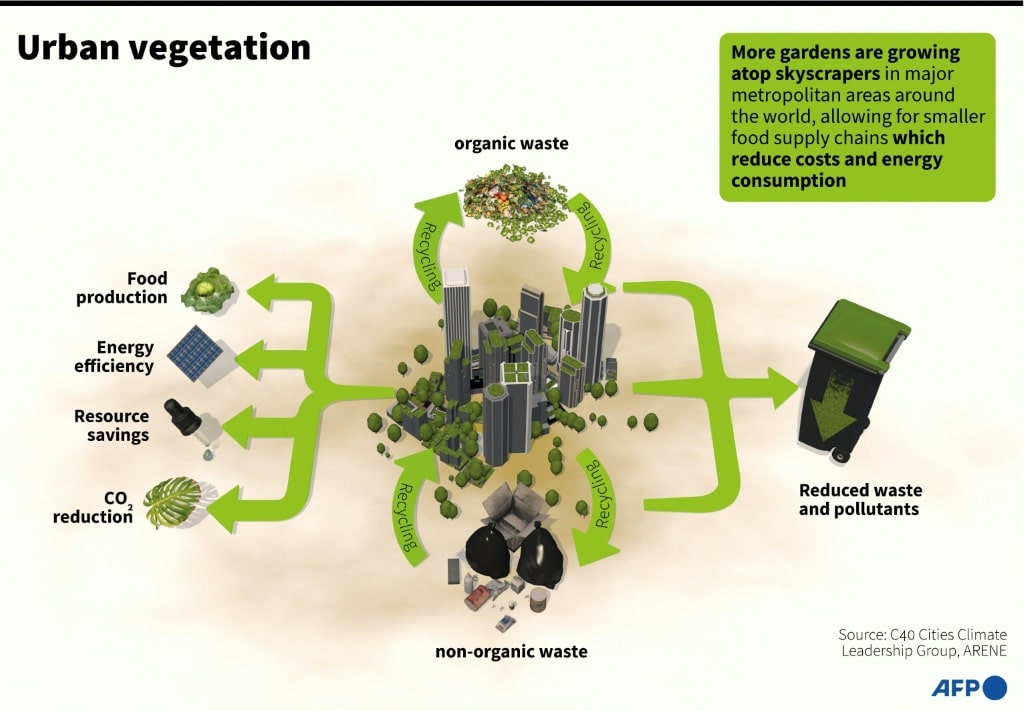 The imposing “forest” of giant manmade trees constructed from reinforced concrete and steel, luxuriantly covered in real flora and fauna, is a Singapore landmark.

Towering 25 to 50 meters (82 to 164 feet) over the city-state’s new business district, the 18 solar-powered supertrees light up the night sky, their canopies looking like flying saucers.

Vast glass greenhouses also showcase exotic plants from five continents, as well as plant life from tropical highlands up to 2,000 meters above sea level, complete with an artificial mountain and indoor waterfall.

The Gardens by the Bay project, awarded the World Building of the Year in 2012, says the idea was to create “a city in a garden”.

But pointing to the construction and maintenance costs, Philippe Simay, a philosopher on cities and architecture, called it a “disneyisation” of nature. “Why make trees from concrete when you can have real ones?” he asked.

It’s a great public relations effort, says Claire Doussard, a teacher in planning and development and a research fellow at the French National Centre for Scientific Research, highlighting its “technical know-how” and awareness-raising among the public about the threat of climate change. 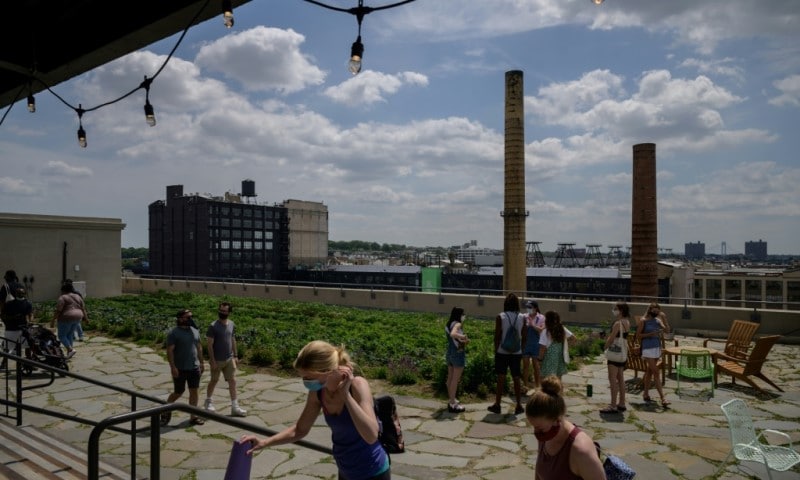 Farming on a New York Rooftop

With buildings all around, the Statue of Liberty in the distance and heavy traffic below, the Brooklyn Grange rooftop farm grows more than 45 tonnes of organic produce a year.

It was launched about a decade ago by friends living in New York who wanted “a small sustainable farm that operated as a business”, co-founder Gwen Schantz said.

In a built-up city, Simay noted, it had been found that such initiatives were “fighting effectively against heat islands” where heat-conducting concrete and asphalt make cities warmer than their surroundings.

But it has to limit the soil depth to about 30 centimeters (12 inches) and “irrigate the soil a little more frequently, because it dries out very quickly”, Schantz said.

Doussard said that the logistics of rooftop farming, where water and soil must be hauled up and produce brought down, means: “These farms must be profitable because there are a lot of constraints.” 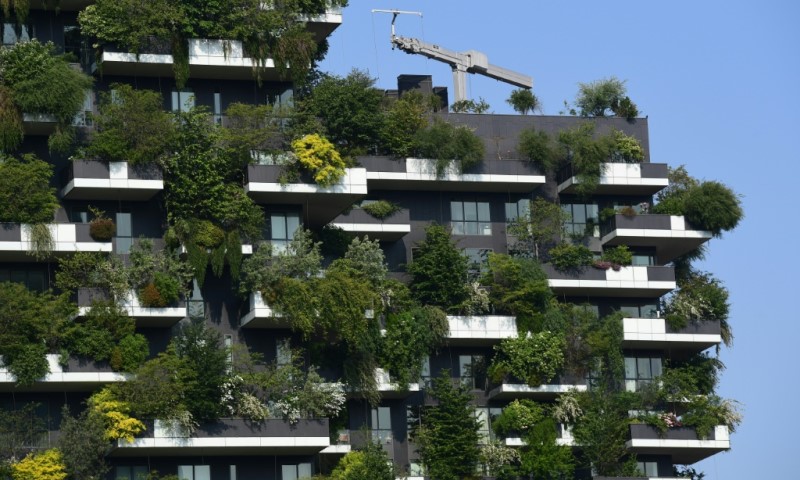 With trees spilling over apartment balconies, Milan’s Bosco Verticale is a forest in the sky

From Living in Milan’s Vertical Forest…

By adorning two high-rise apartment buildings from top to bottom in more than 20,000 trees and plants, Italian architect Stefano Boeri said he’d wanted to make trees “an essential component of architecture” and create something that could “contribute to reducing pollution”.

The Bosco Verticale (Vertical Forest) in the heart of Milan sees cherry, apple and olive trees spilling over balconies alongside beeches and larches, selected and positioned according to their resistance to wind and preference for sunlight or humidity.

The award-winning project opened in 2014 and, said Simay, is “an indisputable technical feat with an ecosystem function, a large diversity of trees, plants, insects”.

But, he added, concrete and steel were required to support it all, while setting it up was costly and energy-consuming.

And the price that the luxury apartments go for is also often a talking point. 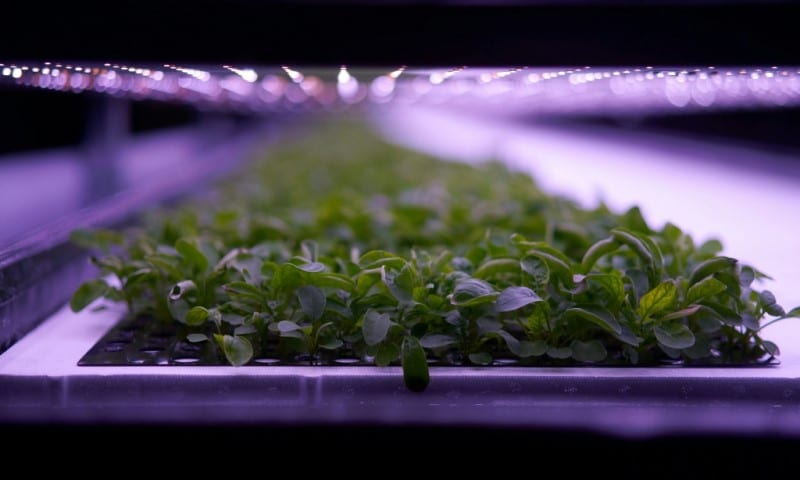 From floor to ceiling, produce grows in layered racks at the vertical farm opened by Nordic Harvest in a massive warehouse in a Copenhagen industrial zone

… to Vertical Farming in Copenhagen

Bathed in purple light, produce like lettuce, herbs and kale sprout in layered racks from floor to ceiling inside a massive warehouse in a Copenhagen industrial zone.

Little robots deliver trays of seeds from aisle to aisle at the vertical farm, opened by Danish start-up Nordic Harvest in December.

Produce will be harvested 15 times a year despite never seeing soil or daylight — 20,000 specialised LED lightbulbs keep it illuminated around the clock.

The need for constant lighting is one of the downsides for Simay, who also highlighted its overall costs.

But Nordic Harvest founder and chief executive Anders Riemann stresses the benefits of produce being grown close to consumers, freeing up agricultural land that can be turned back into forest.

For Haentjens, it represents “an interesting route”, depending on the context. “But we can’t make it the model of tomorrow,” he said. 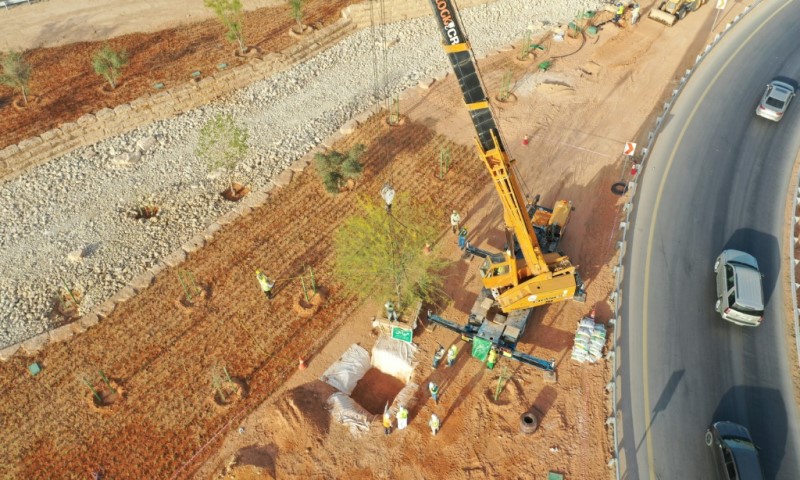 Today any greenery in Riyadh is almost lost in between the multi-lane highways and gigantic interchanges, but within nine years the city plans to have added 7.5 million trees.

The reforestation is part of an $11-billion green initiative that also includes creating 3,000 parks in the Saudi capital.

It will require one million cubic metres (35 million cubic feet) of water daily, which will be recycled water from an irrigation network, the Riyadh Green website says.

But it will contribute towards reducing normal temperatures by one or two degrees Celsius and improve the quality of life with less air pollution and dust, according to project head Abdelaziz al Moqbel.

“Reintroducing trees in the desert is very virtuous, you gain in terms of cooling,” architect and urban planner Cedissia About said.

But, she added, the big question would be whether phytosanitary products, which scare off birds and insects, are used when the aim is to boost biodiversity. 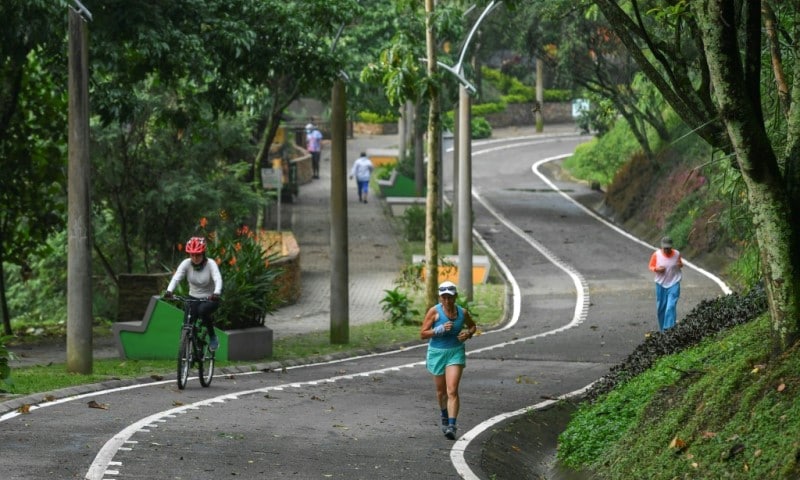 Colombia’s second-biggest city has won plaudits and awards for its “green corridors”, an interconnected network that has transformed urban thoroughfares once lacking in nature and strewn with rubbish where drug addicts gathered.

Now the 30 tree- and flower-filled corridors connect up with Medellin’s existing green spaces such as parks and gardens.

“There’s been a real reflection citywide on the species chosen, the habitability, the constraints,” Doussard said.

The overall effect has reduced the temperature by two degrees Celsius and helped purify the air, according to a city authority video.

Bees and birds have returned, residents are engaged and gardening jobs have been created, it added.

“It’s one of the better examples (of urban replanting), driven by a policy which increases biodiversity, with a social dimension,” Simay said. 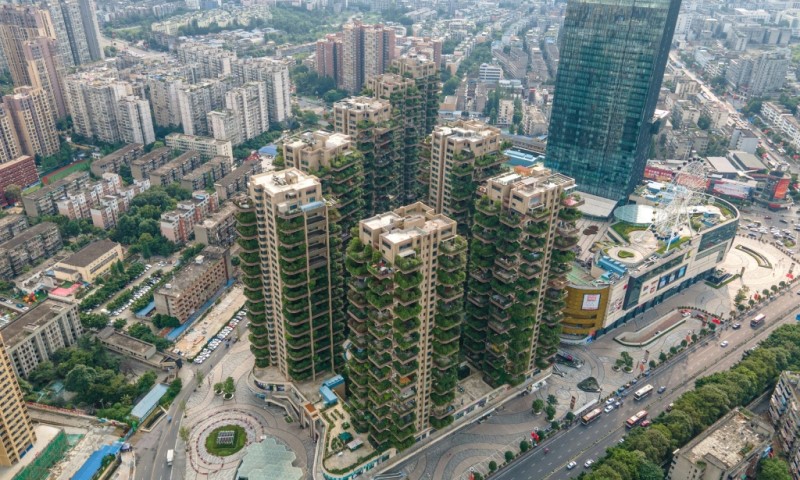 Chengdu’s Qiyi City Forest Garden, which opened in southwestern China in 2018, offers a greener version of life in a megacity

It promised inhabitants of a Chinese megacity life in a vertical forest, with luxuriant plants and greenery on their balcony.

“The air is good when you wake up in the morning, and the green trees are good for us elderly people,” said Lin Dengying, who lives in one of the eight towers making up Qiyi City Forest Garden in Chengdu which opened in 2018.

Some parts look like a treehouse perched within a tropical forest, while other places look overrun by their own vegetation, like a jungle is invading and bursting off the terraces.

In September, the state-run Global Times newspaper reported that only about 10 families had moved into the more than 800 apartments due to what some residents said was an infestation of mosquitoes.

It shows, said Doussard, the need not only to consider a project’s environmental impact, but also its “liveability”.