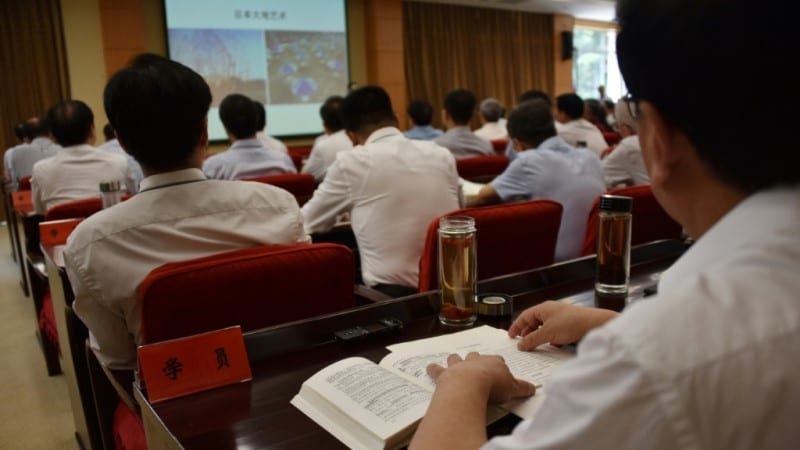 New rules issued by the Ministry of Education that take effect Monday forbid punishments at schools that humiliate students, as well as reinforcing the existing ban on corporal punishment.

Banned practices include caning, making students stand or kneel on the floor for hours and verbal abuse.

Students are now encouraged to write an apology letter or do classroom chores for minor offences such as forgetting to do their homework.

Those who commit more severe offenses like bullying may be suspended or advised to undergo counseling.

China outlawed corporal punishment in 1986, but enforcement has been lax and parents often turn a blind eye to the practice.

The ministry did not say how it plans to punish teachers who do not obey the rules.

Chinese media regularly reports cases of children who have died after being beaten by teachers or have taken their own lives following public humiliation at school.

A 10-year-old girl in the southwestern province of Sichuan died after her maths teacher pulled her ears and beat her head for getting two sums wrong, state news agency Xinhua reported in September.

A fifth-grader in eastern Jiangsu province killed herself last June after her teacher allegedly criticized her essay for lacking “positive vibes”, China Daily reported. The teacher had allegedly slapped her and humiliated her in front of the class.

A new family education law prohibiting corporal punishment at home is also due to be taken up when China’s top legislative body, the National People’s Congress, meets later this week.