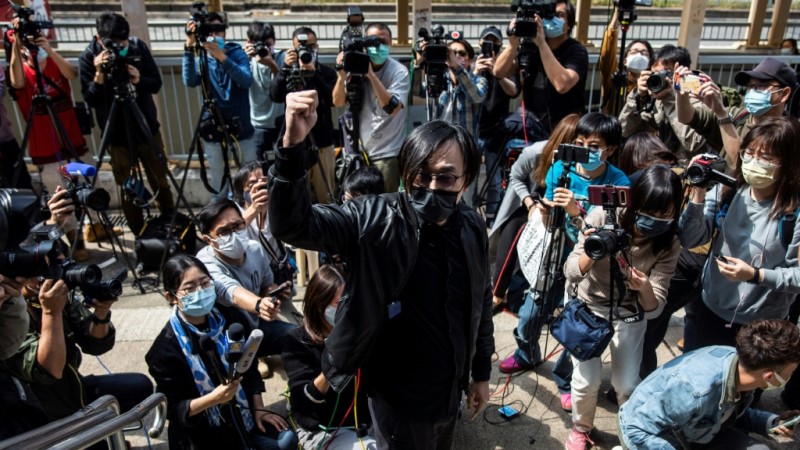 A court hearing involving some of Hong Kong’s best known dissidents was adjourned in the early hours of Tuesday after one of the 47 defendants charged with subversion fainted and was rushed to hospital.

The hearing, which began on Monday, sparked a resurgence of public defiance in Hong Kong unseen in months as hundreds of pro-democracy supporters gathered outside the courthouse to chant and flash protest symbols.

The dissidents were charged Sunday with conspiracy to commit subversion — the broadest use yet of China’s sweeping security law imposed on the city last year. It criminalizes any act considered to be subversion, secession, terrorism or collusion with foreign forces. 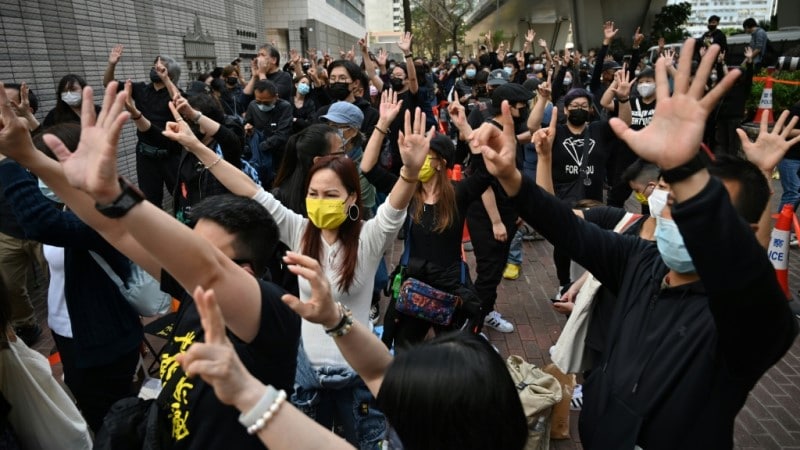 Magistrate Victor So later announced that the hearing was adjourned until 11:30 am local time.

As the court adjourned, the defendants rose and gave a round of applause to their lawyers.

Beijing is struggling to quash dissent in semi-autonomous Hong Kong after huge and sometimes violent pro-democracy demonstrations in 2019.

Police are freely using China’s national security law to crack down on dissent, while thwarting demos by invoking a ban on public gatherings of more than four people designed to help stop the spread of the novel coronavirus.

Nevertheless hundreds of pro-democracy demonstrators met outside the law courts to show their support for the dissidents.

Some chanted slogans including “Release all political prisoners” and “Liberate Hong Kong, revolution of our times” — the latter a slogan authorities have deemed illegal under the security law.

Many flashed the three-finger “Hunger Games” salute that has been embraced by fellow democracy campaigners in Thailand and Myanmar.

Police raised banners warning that an illegal gathering was taking place and that protesters’ chants were breaking the national security law.

Officers later dispersed the crowd outside the courtroom citing Covid-19 restrictions. The demonstrators largely complied, with some heckling officers and chanting as they left. 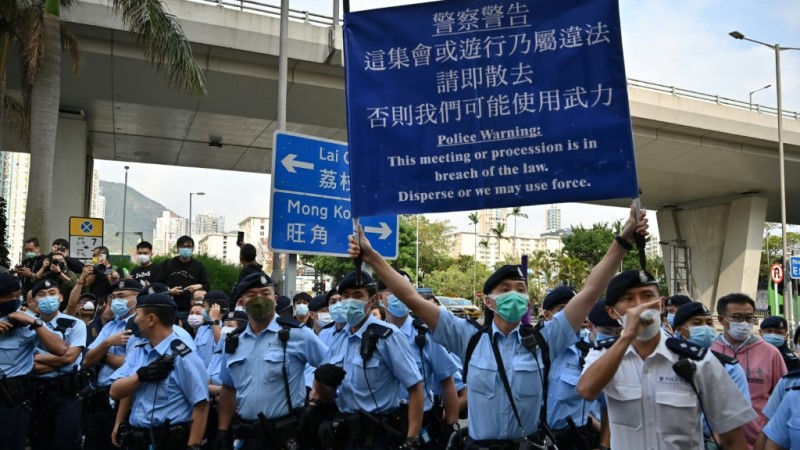 Local district councilor Kwan Chun-sang was one of dozens who camped overnight to bag a spot at the front of the queue for the court’s public gallery.

“Soon after the charges were laid yesterday I decided to come and spend the night here,” he told AFP. “I would like to show my support for the pro-democracy activists.”

“Punish the traitors severely, enact the national security law and throw them all behind bars,” one sign read. 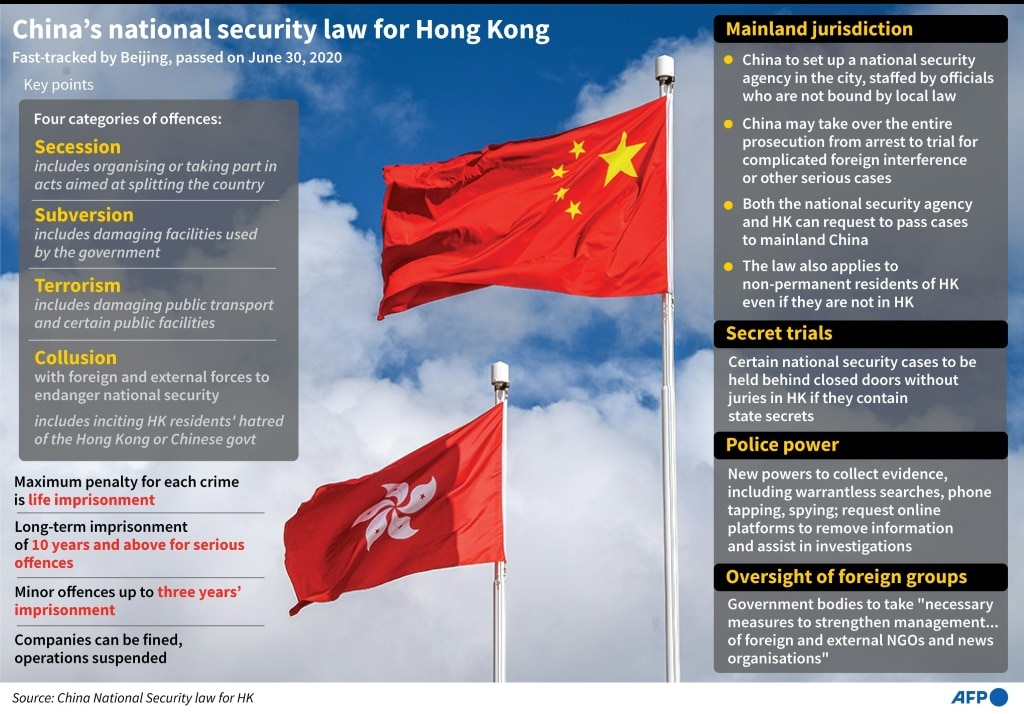 So many have been charged that officials had to open up three other courtrooms to accommodate the overspill.

The alleged offence for those facing subversion charges was organizing an unofficial primary last summer to choose candidates for the city’s legislature, in the hopes that the pro-democracy bloc might take a majority and block government legislation.

Chinese and Hong Kong officials said this was an attempt to “overthrow” the city’s government, and therefore a threat to national security.

The dissidents were arrested in a series of dawn raids in January and charged on Sunday with “conspiracy to commit subversion” — one of the new broadly defined national security crimes. They face up to life in prison if convicted. 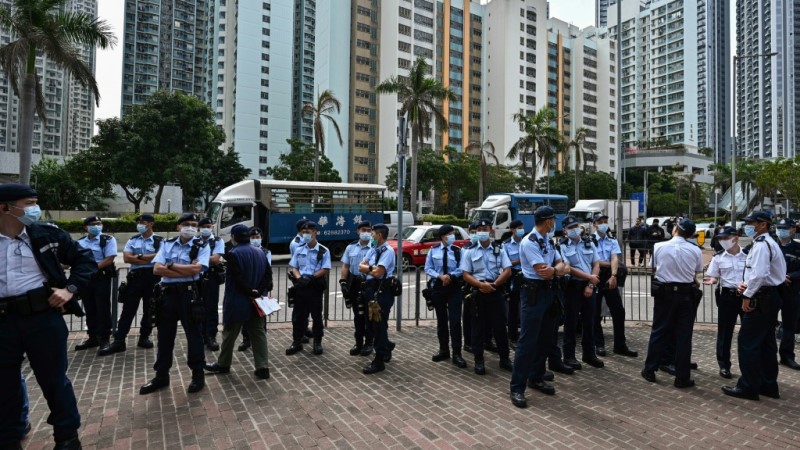 US Secretary of State Antony Blinken led international criticism of the latest charges, calling for the group’s immediate release, as western powers accused Beijing of shredding the freedoms and autonomy it promised Hong Kong could maintain ahead of the territory’s handover from the British.

Britain and the European Union said the charges showed the law was being used to target political dissent rather than threats to national security. 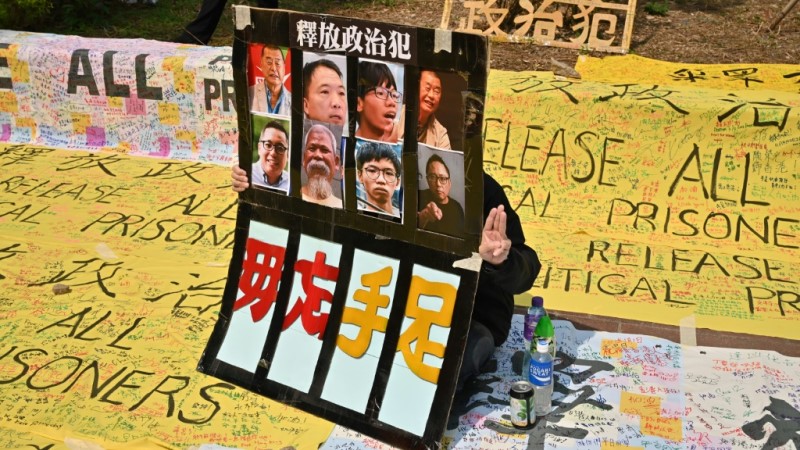 Those charged under the law can expect to be held for months until their trial, as the law removes the territory’s tradition of granting bail for non-violent crimes.