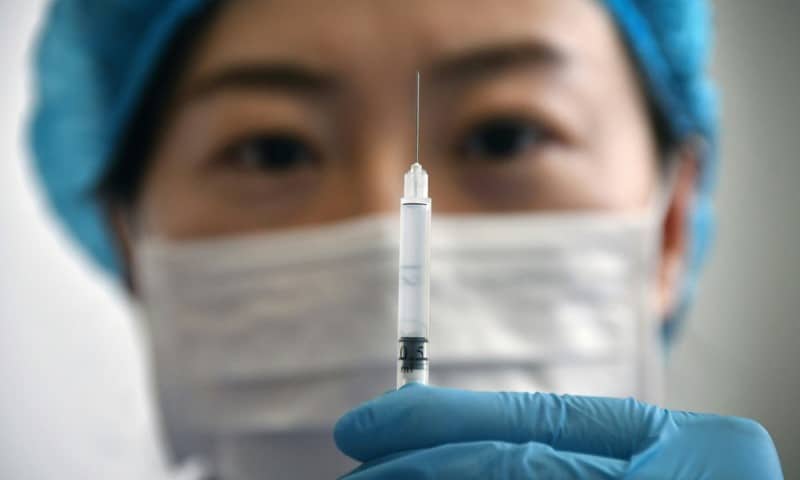 China has fully vaccinated more than one billion people against the coronavirus — 71 percent of its population — official figures showed Thursday.

The country where the virus was first detected has mostly curbed the virus within its borders, but is racing to get the vast majority of its population vaccinated as a new outbreak flickers in the southeast.

The government has not publicly announced a target for vaccination coverage, but top virologist Zhong Nanshan said last month that the country is likely to have 80 percent of its population inoculated by the end of the year, reaching herd immunity.

China is currently battling an outbreak of the Delta variant in the southeastern province of Fujian that has infected almost 200 people so far in three cities, dozens of whom are schoolchildren.

The Fujian cluster is the biggest rebound in weeks and comes after the country declared the Delta variant under control, in a test of China’s “zero-case” approach to the pandemic.

Authorities said the cluster’s suspected patient zero was a man who had recently returned from Singapore to the city of Putian, and developed symptoms after completing a 14-day quarantine and initially testing negative for the virus.

The man’s 12-year-old son and a classmate were among the first patients detected in the cluster last week, shortly after the new school term began.

The variant then raced through classrooms, infecting more than 36 children including 8 kindergartners, city authorities said Tuesday, in the first major school-linked spread the country has seen since the start of the pandemic.

Despite rolling out its vaccine campaign to include minors aged 12-17 in July, most young children remain unvaccinated in China, sparking fears that the latest Fujian outbreak could hit the most vulnerable people in the country disproportionately.

Chinese vaccines have nearly 60 percent efficacy against the Delta strain, with antibodies rising with a booster shot, Zhong previously said.

The country is also racing to produce its own mRNA vaccine — whose technology is believed to be more effective against the Delta variant — with candidates by state-owned Sinopharm and domestic firm Walvax Biotechnology currently in development.