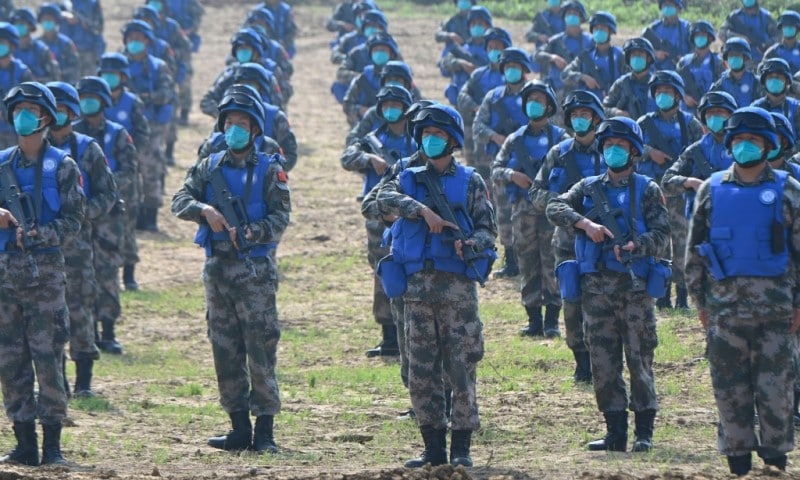 China wrapped up the country’s first multinational peacekeeping exercise on Wednesday, demonstrating the extent of its military might on a huge training ground ringed by mountains.

China’s defense spending is the second largest in the world after the US, and tensions have dramatically increased between rival powers as Beijing has poured trillions of yuan into the modernization of its military.

But the country has repeatedly sought to allay fears over its military intentions, projecting itself as a peaceful counterpoint to what it calls the “bullying, hegemonic behavior” of Washington.

Troops from Thailand, Mongolia and Pakistan joined China’s armed forces for the 10-day exercise dubbed “Shared Destiny 2021” at the military base in Queshan county in central Henan province. 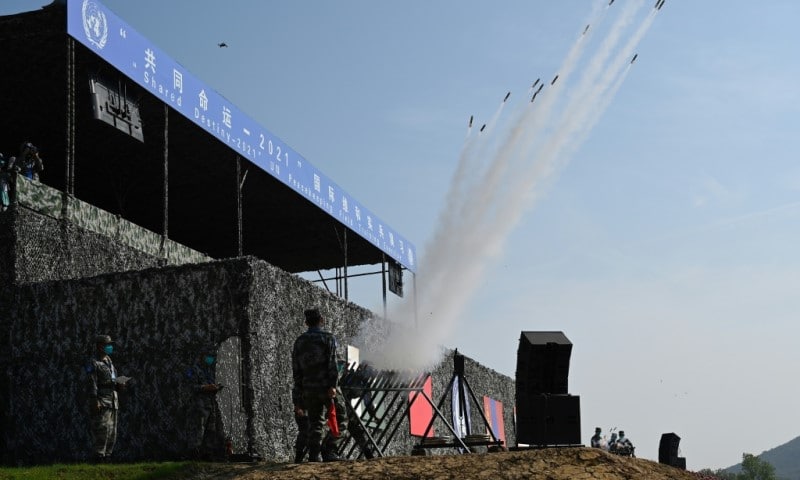 Senior Colonel Lu Jianxin told journalists invited to the base that the exercise “demonstrates China’s support for the multilateral system centered on the UN” as Beijing sought to put its defense diplomacy on full display.

Dozens of armored vehicles, bulldozers, helicopters and tanks — all bearing the UN logo — were mobilized for the event.

As of the end of July, China was the eighth-largest contributor to peacekeeping troops, with 2,158 military personnel engaged around the world, according to UN data. 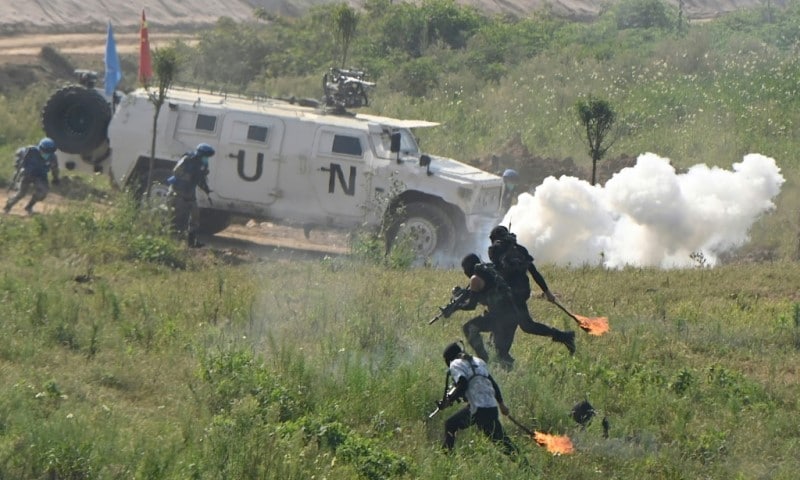 Chinese forces are mainly engaged in South Sudan, Mali, Lebanon and the Democratic Republic of Congo.

During her trip to Asia last month, US Vice President Kamala Harris described China’s disputes with its neighbors over the South China Sea as undermining “the rules-based order and threaten[ing] the sovereignty of nations”.