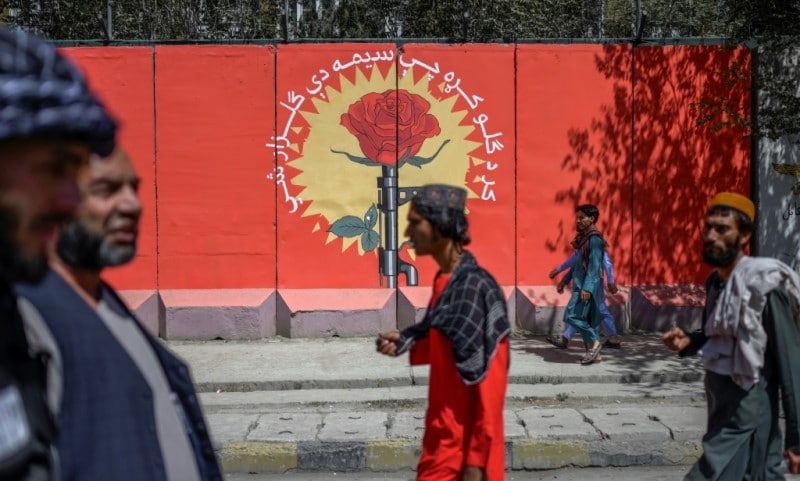 Some Afghans expressed happiness that security had returned to the capital

Afghanistan’s central bank said Wednesday that the Taliban had seized more than $12 million in cash and gold from the homes of former government officials, as a financial crunch threatens the Islamists’ rule one month after they took back power.

Most government employees have yet to return to work — and in many cases salaries had already not been paid for months — leaving millions scrambling to make ends meet.

Even those with money in the bank are struggling, as branches limit withdrawals to the equivalent of $200 a week — with customers having to queue for hours.

And while remittances have resumed from abroad, customers awaiting funds at international chains such as Western Union and MoneyGram complained Wednesday that branches they visited had run out of cash. 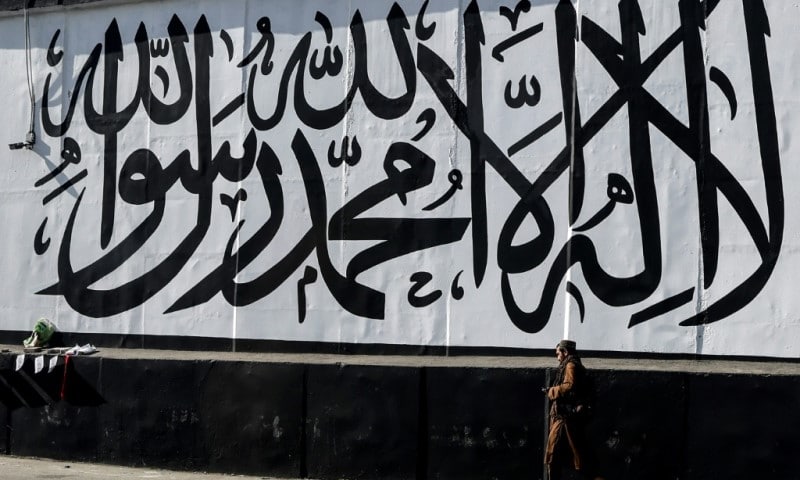 The bank has called on all transactions in the aid-dependent country to be made in local currency.

“All Afghans in the government and non-governmental organizations are asked to use Afghani in their contracts and economic transactions,” the central bank said Wednesday.

The bank later issued another statement saying Taliban fighters handed over $12.3 million in cash and gold seized from the homes of officials from the former government — a large part of which was discovered at the home of former vice president Amrullah Saleh.

“The money recovered came from high-ranking officials… and a number of national security agencies who kept cash and gold in their homes,” the bank said.

“It is, however, still not known for what purpose they were kept.”

Abdul Rahim, a demobbed soldier in the former Afghan army, traveled nearly 1,000 kilometers (600 miles) from Faryab to the capital to try and collect his backpay.

“The branches of the banks are closed in the provinces,” he told AFP Wednesday, “and in Kabul, thousands of people queue to get their money out.”

“I have been going to the bank for the past three days, but in vain.”

The Taliban on Tuesday thanked the world after a donor conference in Geneva pledged $1.2 billion in aid for Afghanistan, but the country’s needs are immediate.

Donor nations, however, want conditions attached to their contributions and are loath to support a regime with as bloody a reputation as the Taliban.

The hardline Islamists have promised a milder form of rule compared to their first stint in power, from 1996 to 2001, but have moved swiftly to crush dissent — including firing in the air to disperse recent protests by women calling for the right to work.

Still, UN chief Antonio Guterres said this week he believed aid could be used as leverage with the Islamist hardliners to exact improvements on human rights.

“It is very important to engage with the Taliban at the present moment,” he said.

On Wednesday, players from the Afghan national girls’ football team arrived in Pakistan with their coaches and families, fearing a crackdown on sports. 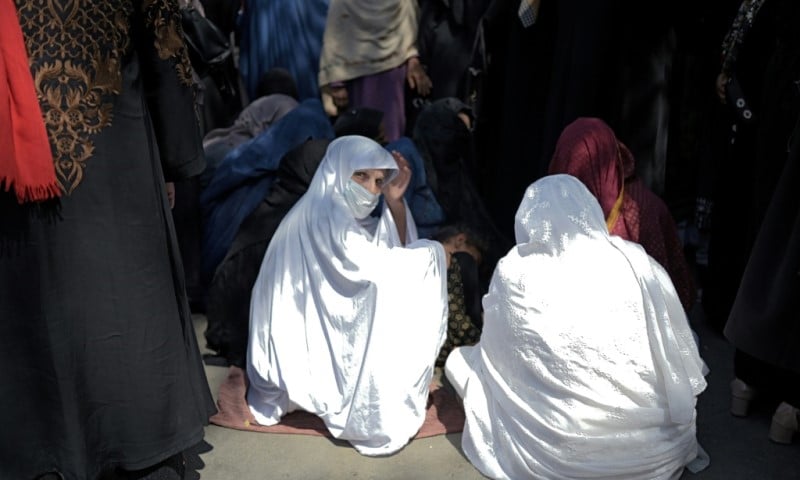 Meanwhile, Iran became the latest country to resume commercial flights to Afghanistan, days after Pakistan relaunched a service between Islamabad and Kabul.

The United States said on Wednesday another US citizen and two US permanent residents had left Afghanistan by land the day before.

At least 36 citizens and 24 permanent residents have left the country with US government assistance since the military withdrawal at the end of August, State Department spokesman Ned Price said.

“That will very much continue,” he told reporters. 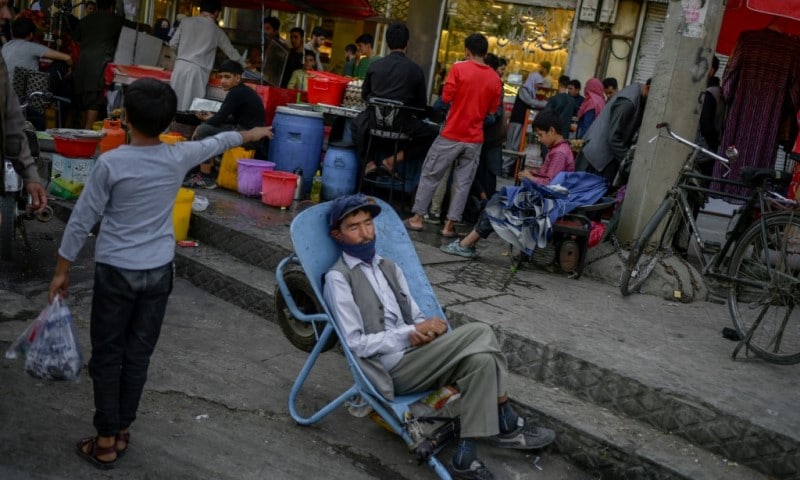 One month into their second rule, some Afghans are conceding there have been some improvements in their lives since the Taliban’s takeover — not least security in the capital, which for years was plagued by deadly suicide bomb attacks and targeted assassinations blamed largely on the Islamist group.

Laalagha, a street vendor, said he was no longer being shaken down by corrupt police officers — although he had switched to selling fruit as no one could afford to buy his previous ware of flowers.

“I am really satisfied with my new job. In the past the situation was like this… a policeman would come and puncture the stall’s tyre and he would beat you.

“Now no one is disturbing or creating problems.”

But at least half the population face the possibility of unemployment as the Taliban grapple with how to deal with women in the workforce. 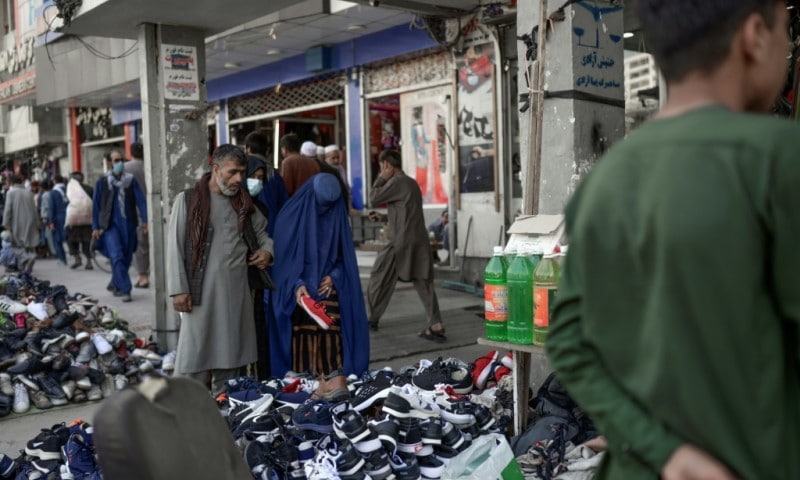 “The Taliban have told us to stay home,” said one woman who worked in the telecoms ministry of the old government.

“There is security, but if there is no food soon the situation will change.”

The Taliban named an interim government last week and acting ministers have been holding press conferences spelling out policies that range from how women should dress at university to what sports can be played.

But the Taliban have been light on the details of how the country will be run and when they will get the civil service functioning again.

by David FOX and Emal HAIDARY