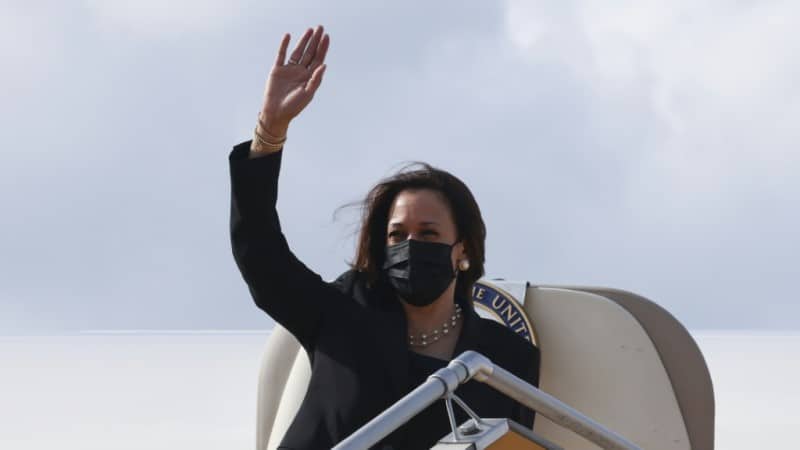 Vice President Kamala Harris launched a new broadside against China as she ended her Southeast Asian tour in Hanoi Thursday, warning the US would continue to push back against Beijing’s claims in disputed Asian waters.

The comments came on the final day of a regional trip in which Washington has sought to reset relations in Asia after the turbulent Donald Trump years and stress its commitment to Southeast Asian allies.

During the trip, Harris had already accused Beijing twice of bullying its neighbours in the resource-rich South China Sea — and on Thursday she again took aim at the Asian giant.

“We’re going to speak up when there are actions that Beijing takes that threaten the rules-based international order… such as activity in the South China Sea,” Harris said.

“Freedom of navigation… is a vital issue for this region.”

Harris’ Vietnam visit had been slammed by critics as tone-deaf given the parallels between this week’s chaotic scenes in Kabul and the 1975 evacuation of Saigon.

Washington had also faced questions over its reliability following the US withdrawal and Taliban takeover in Afghanistan.

But Harris has tried to steer clear of the historical parallels, instead emphasizing American commitment to the region by opening a Southeast Asia branch of the US Centers for Disease Control (CDC) in Hanoi and donating a million Covid-19 vaccines to Vietnam.

“In the years ahead we will be back time and time again,” she told journalists Thursday.

Vietnam is facing its most serious wave of the pandemic so far — with both Hanoi and commercial hub Ho Chi Minh City in lockdown for weeks — and the gift was widely praised on social media.

Harris insisted Thursday that the US did “not seek conflict” with Beijing, but it would “do what we can to make sure that we stay committed to our partners” on issues such as the South China Sea.

Four Southeast Asian states including Vietnam have competing claims over the waterway through which trillions of dollars in shipping trade passes annually.

China has been accused of deploying military hardware including anti-ship and surface-to-air missiles there, and ignored a 2016 international tribunal decision that rejected its historical claim over most of the waters.

In Singapore, Harris said Beijing “continues to coerce, to intimidate” in the South China Sea — prompting China to shoot back that the US was guilty of its own “bullying, hegemonic behaviour”.

The following day Harris warned the US would “find new ways to pressure Beijing”.

Harris is the latest top official from President Joe Biden‘s team to visit the region to reassure allies of its steadfastness.

But her arrival in Vietnam was delayed on Tuesday by what US officials called an “anomalous health incident” in Hanoi, an apparent reference to the so-called “Havana syndrome” which has afflicted US diplomats in several countries including China and Russia.

It is not clear what causes the syndrome, leading to unproven allegations that Russians or others have used high-intensity electronic devices to physically harm US diplomats.

Harris said Thursday the US was “looking into the incident”.