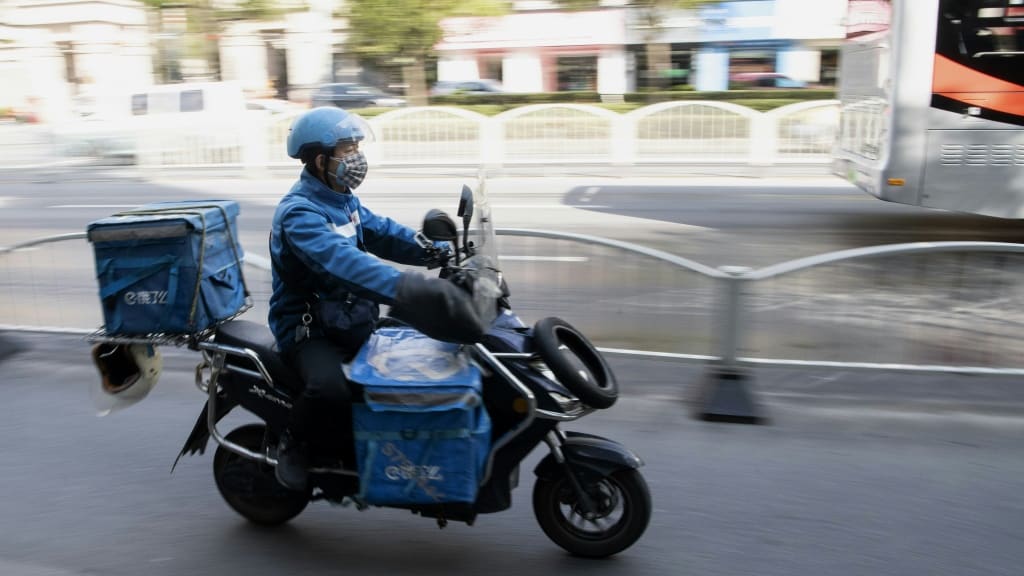 China’s armies of racing, swerving motorcycle deliverymen have been hailed as saviors during the coronavirus crisis, keeping shut-in citizens fed and stocked up. But it’s come with major adjustments for couriers like Gao Yuchao.

A Shanghai driver for leading meal take-out service ele.me, Gao’s job has changed: his temperature is taken several times daily at restaurants and delivery points, he wears not one but two masks for protection, and frequently disinfects his delivery box.

Gone is the routine hand-off to hungry customers — ele.me and other platforms have moved to “contactless” delivery to guard against infection, dropping parcels off outside gated communities due to paranoia over the virus.

“We’re not safe for them. It’s understandable that some people have courier-phobia,” said Gao, 30.

“It’s more protective and hygienic for everyone.”

Tens of millions have been effectively quarantined in the virus epicenter in central China, but communities across the country also have adopted strict curbs on movement and access to arrest the contagion’s spread.

The economy has been impacted across the board, including hugely popular food-delivery platforms.

Yet despite reduced volumes, uniformed drivers have remained among the most visible sights on otherwise emptied streets.

State-controlled media have praised them as “heroes” keeping the economy — and people — on life support.

In the city of Wuhan where the virus first emerged and which remains under strict quarantine, couriers have reportedly pitched in to take hospital staff to work or deliver medical supplies and groceries, drawing nationwide kudos.

Ele.me rival Meituan launched no-contact delivery in Wuhan on January 26, later rolling it out across the country. McDonald’s, KFC, and Starbucks are among the major players to follow suit.

Couriers arrive at pre-determined locations then step back as customers pick up their dinner.

Delivery riders typically provide a card listing the temperatures of all those involved in cooking, packing, and delivery, and stating whether the courier’s equipment had been disinfected that day.

The anxiety is sometimes palpable. Gao says some customers, hearing his footsteps, have shouted at him to leave the food and back off.

Some couriers were reportedly diagnosed with the virus in parts of the country, sparking fear among delivery company workers and their customers.

E-commerce giant JD.com has said sales of rice, dairy and fresh produce have surged, and that shipments of sterilizing alcohol leapt 20-fold since the virus outbreak exploded in late January.

Meituan has said sales of staples like rice, flour, cooking oil, and produce have soared while face masks have become the platform’s best-seller.

A Beijing official said approximately 20,000 people were delivering an average of more than 400,000 orders daily in early February.

In big cities like Shanghai, many restaurants remain closed to normal business, offering only takeout to prevent gatherings of people, and visitors to many communities pass entrances lined with bags of foods or large bottles of water waiting to be claimed.

Millions are beginning to trickle back to work in major cities after being stranded in hometowns during the Lunar New Year holiday, and Gao said things were slowly returning to normal.

“Now the situation is getting better. Anyway, I need to get out and make money.” 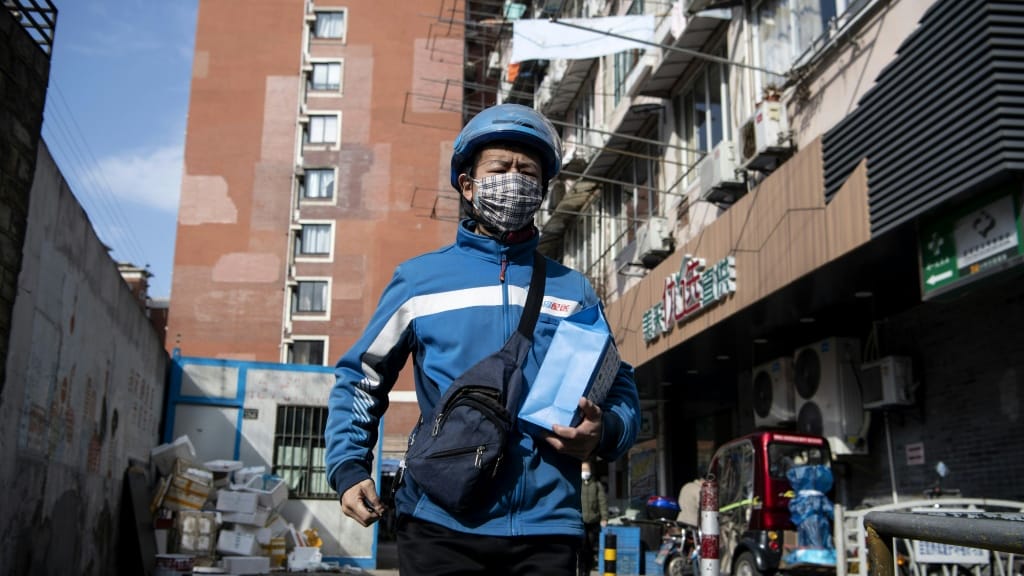 Many companies have moved to ‘contactless’ delivery to guard against infection