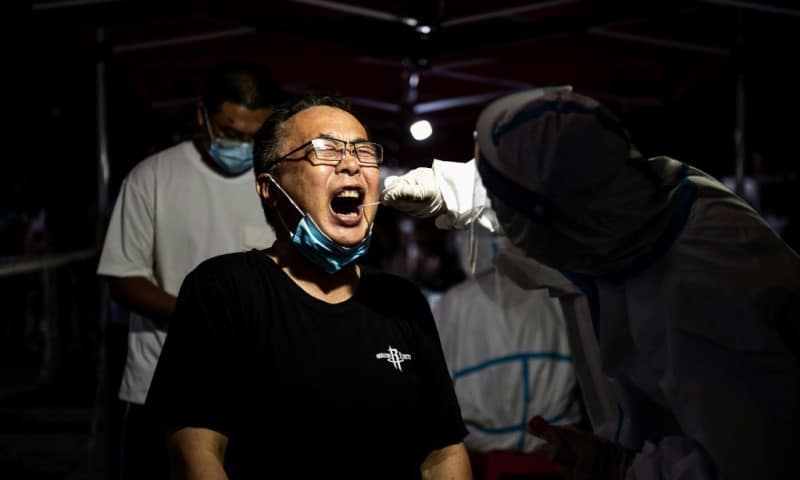 ​China is battling its biggest coronavirus outbreak in months

China on Wednesday tightened overseas travel restrictions for its citizens as part of efforts to contain rising coronavirus cases, after reporting its highest number of infections in months.

The movement of people is coming under more restriction inside China – with localised transport closures and stay-at-home orders in places in some cities – and beyond China’s borders.

China had previously boasted of its success in crushing Covid-19, with hard lockdowns in the early stages mixed with tight controls of its borders, but mass testing campaigns have uncovered Delta variant infections across the country.

The latest outbreak is threatening to undo the country’s economic rebound and return to normal life with nearly 500 domestic cases reported since mid-July. 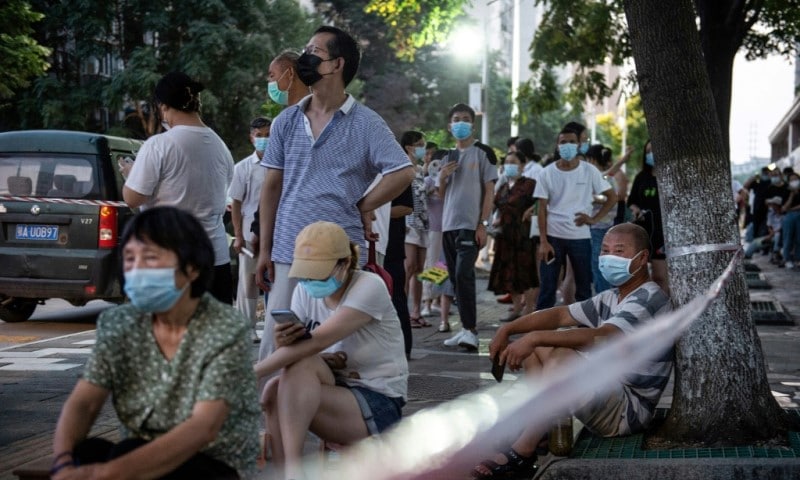 Local governments have tested entire cities and locked down millions, with the official figures on Wednesday revealing 71 new infections — the most since January, but still a low caseload despite the outbreak spreading to dozens of cities.

The outbreak, which began when an infection among passengers on a flight from Moscow spread to airport cleaners in Nanjing, Jiangsu province, has exposed weaknesses in the country’s already strict border containment measures.

China’s immigration authority on Wednesday announced it would stop issuing ordinary passports and other documents needed for exiting the country in “non-essential and non-emergency” cases.

That does not yet mean a blanket overseas travel ban for the Chinese public.

Immigration official Liu Haitao told a press briefing that those who “have real needs for studying abroad, employment and business” will still have their documents issued upon verification.

Foreign crews on hundreds of ships have been stopped from disembarking and changing shifts at Chinese ports.

The central government has also ordered localities to cut off public transport and taxis in and out of areas hit by the outbreak, the transport ministry said at the same press conference.

Wuhan, where the virus first emerged in 2019, reported its first local infections in over a year this week and said Tuesday it was “swiftly launching” testing of all 11 million residents.

In Beijing, where the city government reported three new virus cases on Wednesday, authorities blocked entrances to a compound where one of the patients lived, while residents reached over fences to receive parcels from delivery drivers.

Nanjing has tested its 9.2 million residents three times after shutting down gyms and cinemas and closing off residential compounds.

And the tourist destination of Zhangjiajie in central Hunan province, where infected travellers who had been in Nanjing attended a theatre performance, abruptly announced Tuesday that no one would be allowed to exit the city after it emerged as an infection hotspot.

Meanwhile, Shanghai is investigating a Delta case detected in an airport worker this week.

Authorities said on Wednesday the infection was not linked to other domestic cases and that they suspected the worker had been exposed after removing protective equipment while in a “contaminated area”.