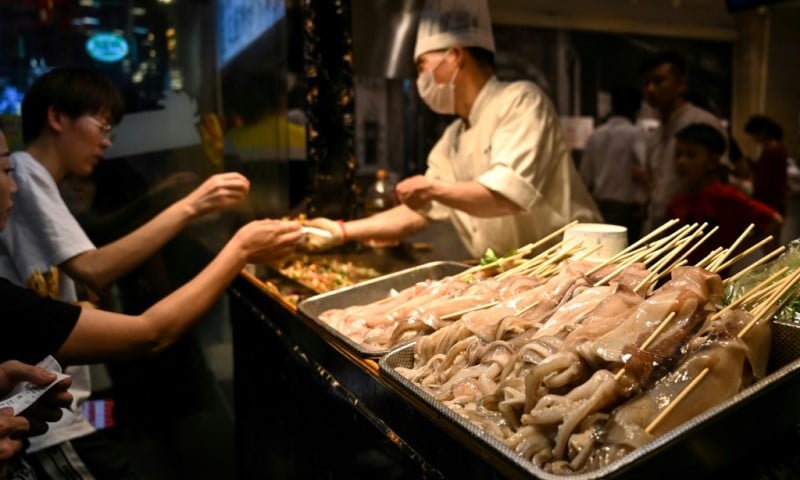 China has announced a temporary ban on its fishing fleet — the world’s biggest — from catching squid in parts of the Pacific and Atlantic Oceans after overfishing pushed populations to the brink of collapse.

China reels in as much as 70 percent of the global squid catch, and its vessels sail as far as West Africa and Latin America to sate the growing appetite for seafood in the country.

But Chinese vessels will suspend operations in major global squid spawning grounds in the southwest Atlantic near Argentina from Thursday until September 30, and parts of the Pacific from September to November, the agriculture ministry said Monday.

The ban follows an international backlash against China’s giant overseas fleet, with claims that they are overfishing and damaging fragile marine ecosystems.

Areas covered by the moratorium are breeding grounds for two of the most popular squid varieties — the Argentine shortfin squid and the Humboldt squid.

Populations of the Argentine shortfin have been low in recent years, with the average catch by Chinese vessels in the southwest Atlantic only 50 tones in 2019 compared with up to 2,000 tones previously, according to the China squid fishing association.

China’s distant-water fishing fleet has over 2,600 vessels — more than ten times that of the United States.

Nearly a third of it is engaged in squid fishing.

“A squid fishing ban — even a temporary one — by China is pivotal to the health of the ocean given the sheer size of the catch,” said Zhang Jihong, a marine biologist at China’s Yellow Sea Fisheries Research Institute.

China’s fishing industry employs more than 14 million people, and another 30 million rely on fish for their livelihood.

But as stocks at home deplete, Chinese fishermen have sailed further and become entangled in a growing number of maritime disputes.

Last year, hundreds of Chinese fishing vessels were seen around marine sanctuaries off Ecuador and the Galapagos Islands.

Indonesia has impounded scores of Chinese boats caught poaching in its waters in recent years, and clashes between Chinese fishermen and the South Korean coast guard have turned deadly.

A study last year also claimed a huge Chinese fishing fleet had been operating illegally in North Korean waters, catching hundreds of millions of dollars worth of squid.