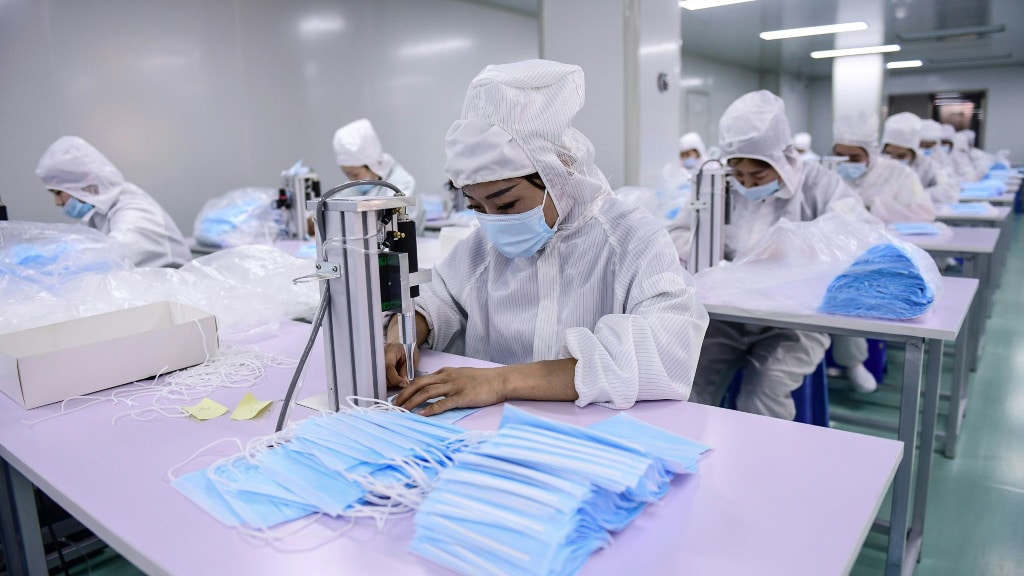 China’s ramp-up of mask production to counter the coronavirus outbreak has claimed unlikely victims — nappies, wet wipes and sanitary towels that are made with the same raw materials.

Manufacturers say textiles such as nonwoven fabric have been in short supply from being diverted to the more lucrative mask business, leaving producers of hygiene products high and dry.

Some firms have been forced to halve production or hike prices, with the industry expressing concern over the future of supply lines.

As the coronavirus pushed China into lockdown after surfacing in the central city of Wuhan in December, leaders embarked on a massive effort to produce enough masks for overwhelmed medical staff and the country’s 1.4 billion people.

But with everyone from carmakers to garment factories switching to mask production to meet demand, the cost of raw materials spiked, with no quick end in sight as the pandemic continues to wreak havoc worldwide.

“It’s not that we lack the capacity for production, but the costs are extremely high,” said Huang Tenglong, deputy general manager of diaper maker Fujian Time and Tianhe Industrial Co. 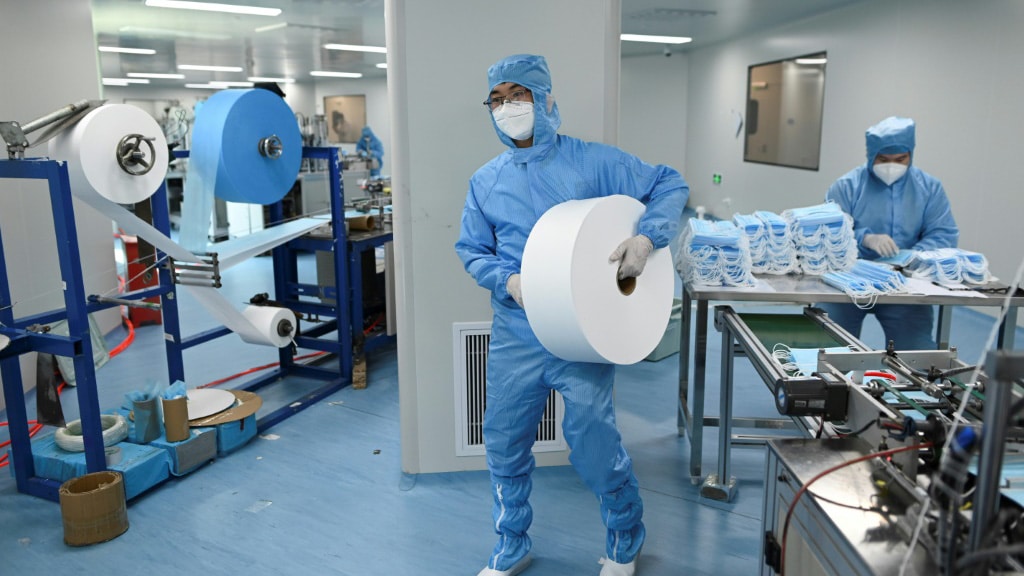 Lin Yanting, deputy general manager of another nappy-maker DaddyBaby, said the cost of non-woven fabric remains around 50,000-60,000 yuan per ton.

“A diaper uses more material than a mask but… I will only turn a profit if I use (the fabric) for a mask,” he said.

Huang’s firm, which employs around 400 staff, has halved its nappy production, reduced the range of products it makes and increased the sale price by up to 20 percent.

Some clients continue making purchases with fewer orders but more have paused completely, he said.

“I definitely hope that the pandemic will be over soon. Although we can produce protective gear as well, (the situation) is actually damaging to the overall economic system,” he said.

“At the end of it, we may have lost our main business,” he added, referring to hygiene products.

Shen Shengyuan, deputy general manager of nappy-maker New Yifa Group, said although his company has tried sourcing raw materials from abroad, air freight is a problem and a shipping time of over two weeks would be too long.

He said New Yifa had been taking fewer new orders and was struggling to fulfil existing ones because of short supplies.

Lin added that DaddyBaby is producing nappies at a loss now with the high costs, making up the shortfall with profits from its new mask production lines set up during the outbreak — an attempt to maintain stability in the market.

A manager surnamed Yang at Jiaxuan Household Items said it was “impossible” to obtain nonwoven fabric for other uses such as in household products, adding that her company had put production of other items on hold to make masks. 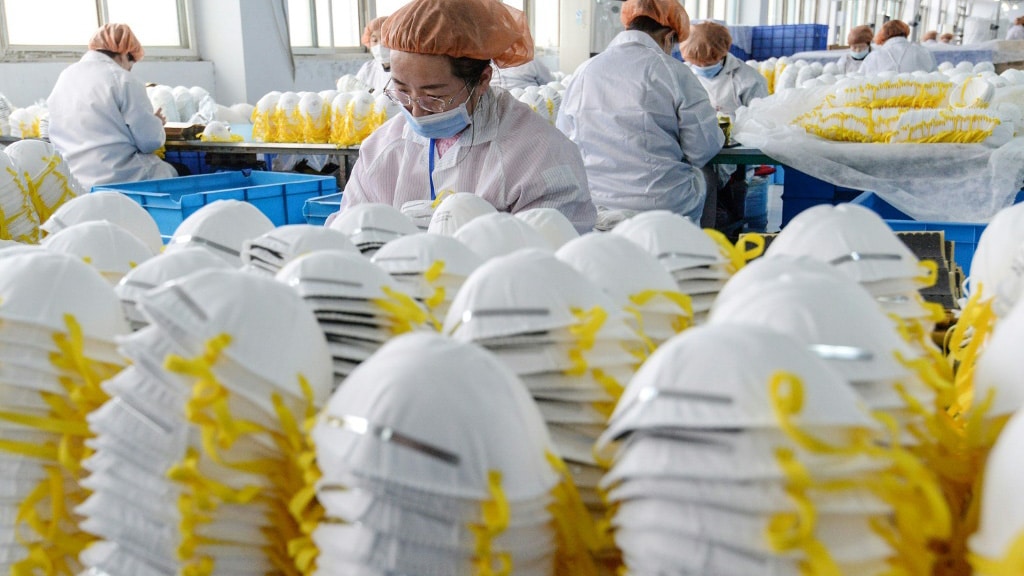 As of April 4, some 69,000 companies in China were involved in the mask business, according to China Youth Daily.

Shen said he was “worried” about an impact on supplies outside China.

“We simply haven’t been able to produce the goods,” he said, adding that half the company’s non-mask production used to be exported.

“Customers have been negotiating with us, saying they need us to step up production.”

But he estimates suppliers make 10 times more profit by putting raw materials to use in masks than nappies.

China Youth Daily reported that as of April 4, some 69,000 companies in China were involved in the mask business, with 19,000 of these coming into the picture after January 25 — days after Wuhan went into lockdown and the country saw growing restrictions to curb the virus spread.

The report added that China’s daily mask output has reached 450 million, compared with more than five billion for all of 2019.

Suppliers have been hard-pressed to meet demand.

“They have sufficient reason as well, saying local governments have requested for them to shift production to key anti-epidemic material,” Shen said.

He told AFP: “It is not a problem with our production capacity, but an issue with suppliers and China’s entire industrial chain.”