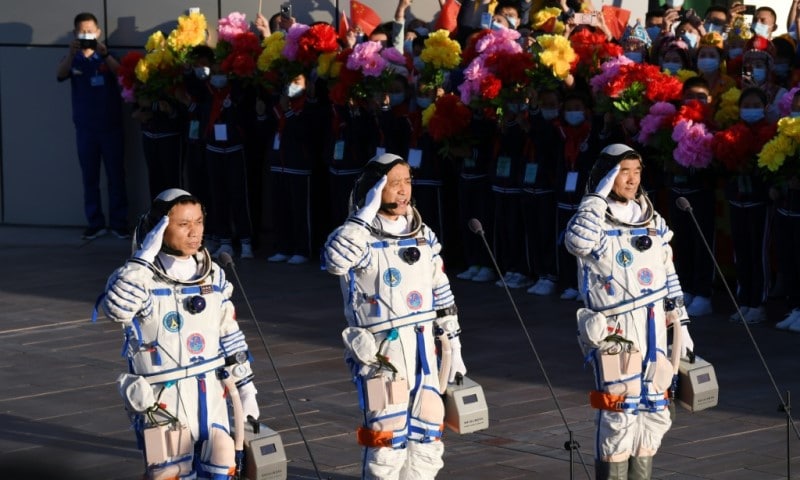 Three Chinese astronauts have completed the country’s longest crewed mission and started their journey home on Thursday after 90 days at the Tiangong space station conducting spacewalks and scientific experiments.

The mission was part of China’s heavily promoted space program, which has already seen the nation land a rover on Mars and send probes to the moon.

The craft carrying the three taikonauts is expected to return to earth on Friday, state-run China Aerospace news reported.

The launch of Beijing’s first crewed mission in nearly five years coincided with the 100th anniversary of the ruling Communist Party on July 1, and was the highlight of a massive propaganda campaign.

The core module of the space station, where the astronauts lived, has separate living spaces for each astronaut, a “space treadmill” and an exercise bike, as well as a communication center for emails and video calls with ground control, China’s space administration said.

The mission is headed by Nie Haisheng, a decorated airforce pilot in the People’s Liberation Army who previously participated in two space missions.

The two other astronauts, Liu Boming and Tang Hongbo, are also in the military.

The Chinese space agency is planning a total of 11 launches before the end of next year, including three more crewed missions that will deliver two lab modules to expand the 70-tonne station.

China’s space ambitions have been fueled in part by a US ban on its astronauts on the International Space Station, a collaboration between the United States, Russia, Canada, Europe and Japan.

The ISS is due for retirement after 2024, although NASA has said it could potentially remain functional beyond 2028.