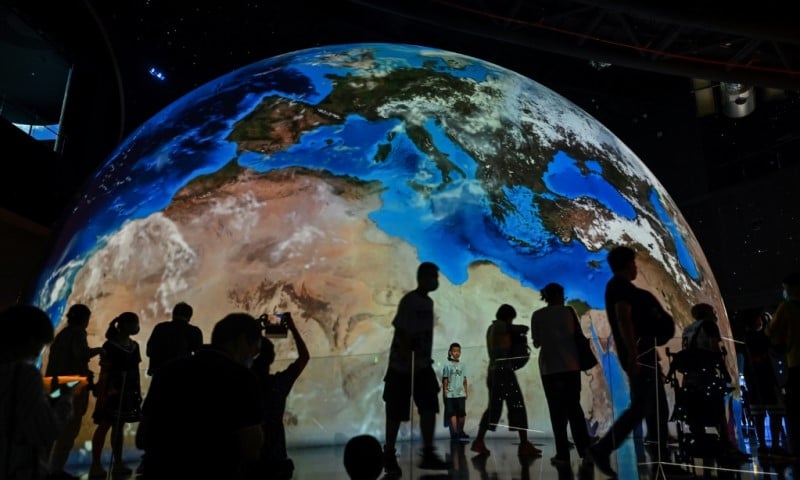 China has opened the doors on what it bills as the world’s largest planetarium, a slick new Shanghai facility showcasing the nation’s recent extra-terrestrial exploits while notably downplaying those of space pioneers like the United States.

Beijing has spent much of this year bombarding the public with news of the country’s rising space prowess, part of a larger propaganda blitz highlighting Chinese achievements under the ruling Communists to mark the party’s 100th anniversary.

In recent months, China has landed a spacecraft on Mars, set loose a rover to explore it, and sent the first astronauts to a Chinese space station.

Scale-model replicas of spaceships from these and other missions figure prominently at the new Shanghai Planetarium, along with paeons to China’s rapid scientific advancement, and clips of President Xi Jinping addressing the nation’s taikonauts. 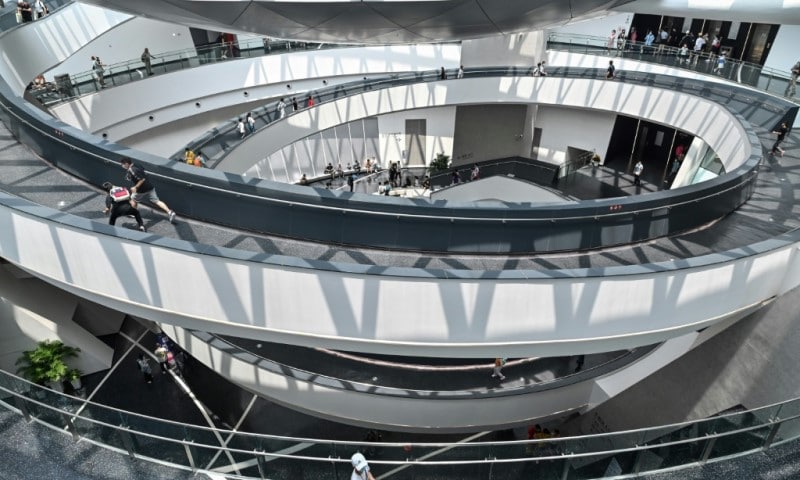 “This year we had several astronauts go to space, which is a source of pride for China,” said a woman surnamed Zhou, who brought her young daughter.

“I wanted my child to have some knowledge about space from a young age.”

By contrast, the pioneering space-travel efforts of the then-Soviet Union and China’s geopolitical rival the United States get only passing mention, if at all.

The 1969 US landing on the moon is referenced only briefly in a small, dryly-worded display, and a section entitled “Space Heroes” lists only two Russian cosmonauts along with Yang Liwei, the first person sent into space by the Chinese space program.

The planetarium features working telescopes and a range of interactive exhibits on the origins of the universe and history of astronomy, including Chinese-speaking versions of Copernicus and other luminaries explaining their theoretical breakthroughs.

The building was designed by New York’s Ennead Architects and resembles a union of swirling galaxies.