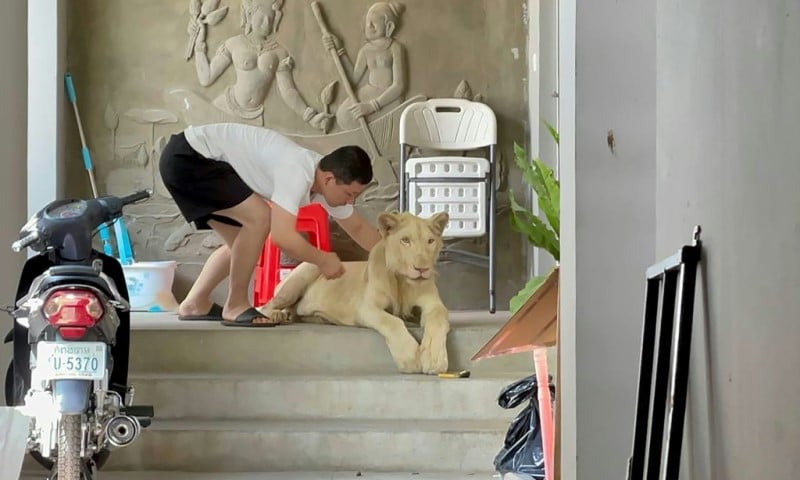 Cambodian authorities on Sunday confiscated a pet lion after the defanged and declawed animal was seen in TikTok videos in a Phnom Penh villa.

The 18-month-old male, weighing 70 kilograms (154 pounds), had been imported from overseas by the owner, a Chinese national, to be raised in his home, environment ministry spokesman Neth Pheaktra told AFP.

“Cambodian authorities started investigating this lion since we saw it on TikTok in late April,” Pheaktra said.

Wildlife Alliance — an animal rescue NGO that aided in the raid — wrote in a Facebook post that the conditions of a private residence was “inappropriate for a wild animal“. 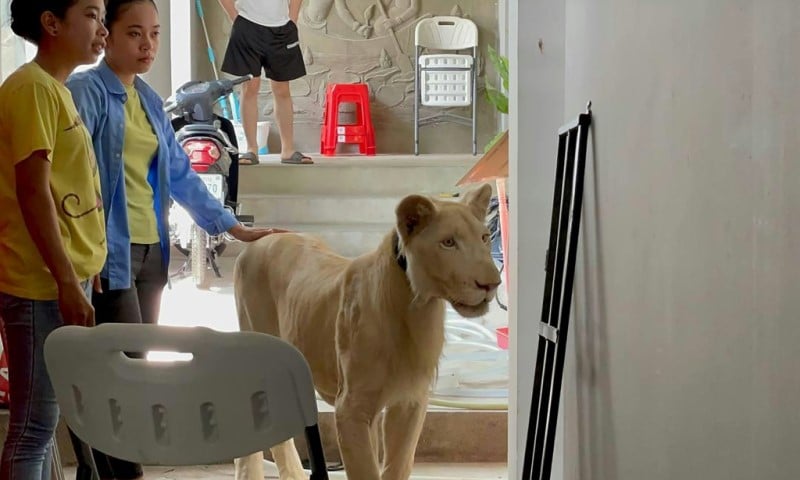 “In addition, the lion’s canine teeth had been removed, along with its claws, which drastically reduces a lion’s quality of life,” it said.

The owner had shared a photo of the lion sitting in a driveway as a dog played nearby.

There was also a video of it as a young cub being sprayed down with a hose.

“People have no right to raise rare wildlife as pets,” Pheaktra said.

The big cat was shown in photos released Sunday by the environment ministry lounging with a small dog as authorities prepped a crate to move it to the Phnom Tamao Wildlife Rescue Centre in the outskirts of the capital.

The confiscation comes a day after a Twitter user posted an aerial shot of the creature roaming around a garden in the upscale Boeung Keng Kang district of Phnom Penh.