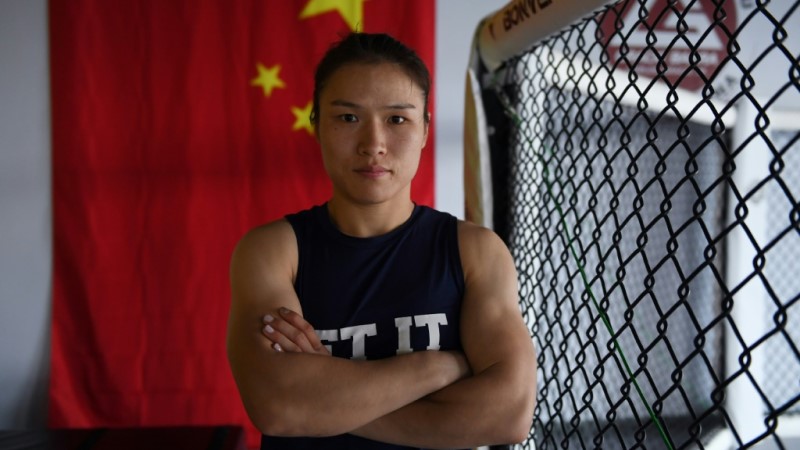 China’s Zhang Weili will defend her UFC title next month

China’s first and only Ultimate Fighting Championship title-holder Zhang Weili will defend her strawweight crown against American-born Rose Namajunas on April 24, the UFC said on Tuesday.

They will clash at UFC 261 on the same card as the women’s flyweight title match between reigning champion Valentina Shevchenko and Jessica Andrade. The venue has not been confirmed.

Zhang, who is spearheading China’s rise in UFC, boasts a 21-1 win-loss MMA record and UFC president Dana White has touted her to rank alongside Conor McGregor and Ronda Rousey as a global superstar of the sport.

She successfully defended her title for the first time against Poland’s Joanna Jedrzejczyk in March last year in Las Vegas in a brutal dust-up, but then found herself stranded in the United States for six weeks because of the coronavirus pandemic.

The excitement surrounding Zhang’s rise has reached such an extent in China that she is being mentioned in the same breath as Yao Ming, the former NBA All-Star.

“I am not Yao Ming or anyone else,” she said last year.

Namajunas, who is nicknamed “Thug”, has a 10-4 record and is a former strawweight champion.

She is ranked fourth in the UFC’s women’s pound-for-pound rankings. Zhang is third.