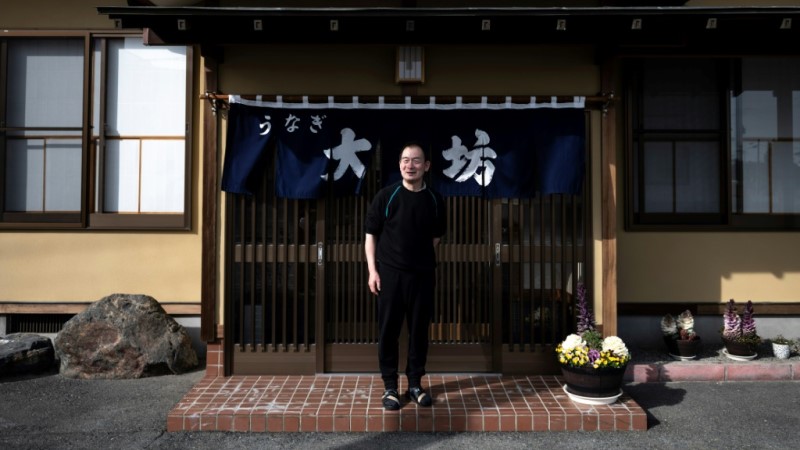 Masakazu Daibo has reopened his family’s eel restaurant in part of Japan declared a no-go zone after the 2011 nuclear disaster, but so far he has barely a single neighbor.

A decade after radiation forced tens of thousands to flee their homes in Fukushima, some towns in the region are still wrestling with the difficult question of how to rebuild a community from scratch.

After the disaster, 12 percent of Fukushima prefecture was off-limits and around 165,000 people fled their homes either under evacuation orders or voluntarily.

Numerous areas have since been declared safe after extensive decontamination, and incentives are being offered to lure people back. But many are reluctant. 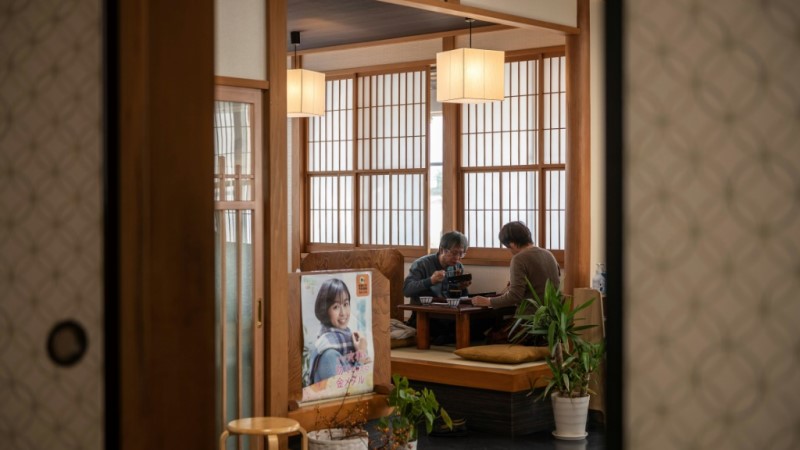 Daibo returned just last year, reopening a restaurant established by his grandfather in the town of Namie, around nine kilometers (5.6 miles) from the nuclear plant.

Namie and 11 neighboring communities were part of an exclusion zone around the plant, and for years Daibo could enter only on brief visits.

“There were no people but the town remained. It was really like a movie set,” the 65-year-old told AFP.

“I heard no human voices, and saw only wild dogs, cows, pigs.”

The radiation that blanketed the region forced him to discard everything in the restaurant.

Contaminated parts of the walls were removed and he lost everything inside, down to the sauce that had been kept cooking since his grandfather opened the business.

Daibo and his wife hesitated about moving back, but after restrictions were lifted in 2017, they decided they would try to revive the past.

“I want everyone to say ‘Oh, this is a long-forgotten flavor,'” when they taste his food, Daibo said.

“I hope that my presence will shine a light on this town.” 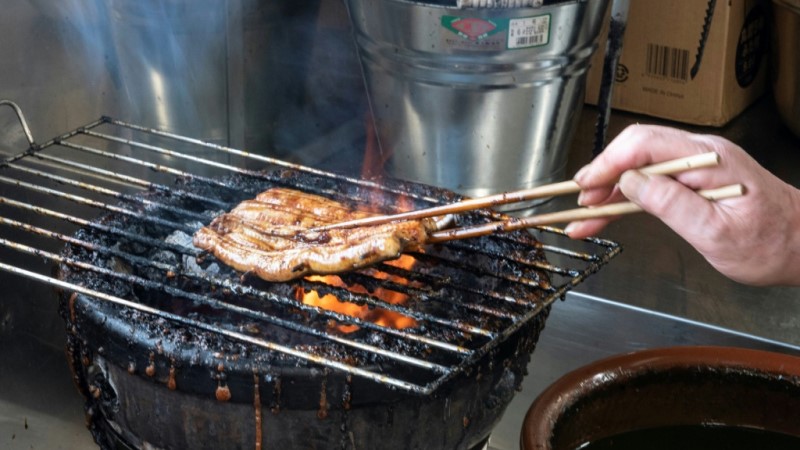 Daibo and his wife hesitated about moving back, but after restrictions were lifted in 2017, they decided they would try to revive the past

Survival is our Big Issue

But few others have followed suit.

The restaurant is surrounded by empty lots overgrown with weeds. Wooden signboards are piled up next to a toppled bin in the porch of one abandoned building, in what was once downtown.

Restrictions have been lifted on just 20 percent of Namie, and the town’s population is seven percent its former size of 21,000, despite incentives including reduced rents and money for moving and renovation.

Around 36 percent of residents are aged 65 or above, higher than the 29 percent national average, and just 30 students attend local elementary and junior-high schools, compared with nearly 1,800 before.

Japan as a whole is battling low birthrates and an ageing population, but the issue is in stark relief in Namie. 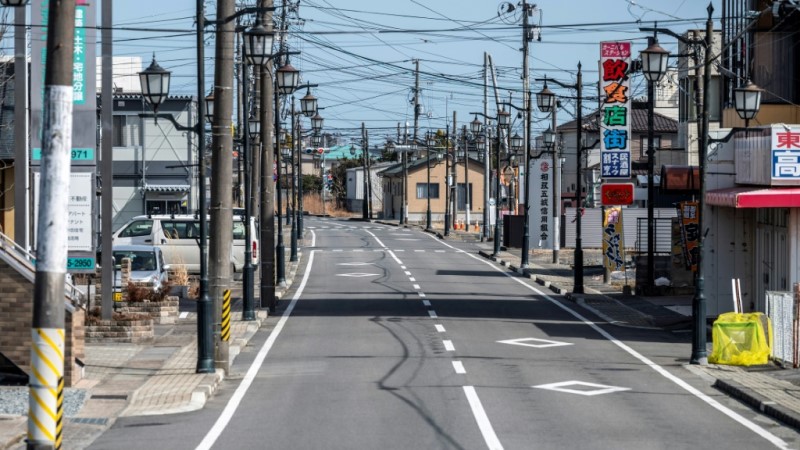 “We feel like the future of 20 years from now has arrived suddenly,” said town official Takanori Matsumoto.

Namie hopes to raise its population to 8,000 by 2035, helped by national subsidies of up to two million yen ($18,500) per new family moving to disaster-hit areas.

“Survival as a community is our big issue,” Matsumoto said.

Just over two percent of Fukushima remains under evacuation orders, with the figure for evacuees officially at around 35,700, though some experts believe there could be nearly twice as many.

But there is no deadline for lifting all the evacuation orders, and doubts persist that Fukushima Daichii can be decommissioned on schedule by 2041 at the earliest. 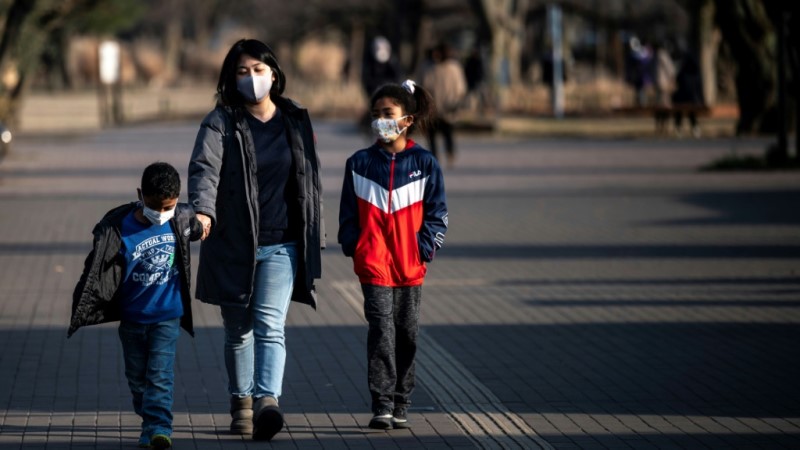 For Megumi Okada and many others, fears over lingering radiation is a major obstacle to returning

I Can’t go Back

For many, fears over lingering radiation and mistrust of the government’s decontamination process are major obstacles to returning.

“It’s not like I won’t go back. It’s more like I can’t go back,” said Megumi Okada, who was pregnant with her third child at the time of the disaster and left despite being outside the official evacuation zone.

“If I were alone, I would go home,” added the 38-year-old, now a mother of four living in Tokyo.

“But as a mother, I strongly feel that I want to avoid risks for my children.”

Around two-thirds of Fukushima evacuees don’t plan to return, according to a 2020 survey by researchers at Kwansei Gakuin University. 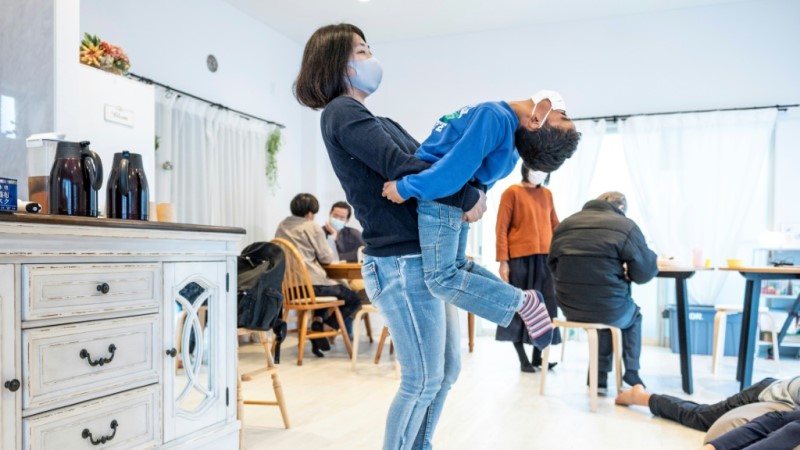 Around two-thirds of Fukushima evacuees don’t plan to return, according to researchers

“Many people say they can’t trust the decommissioning target, and their distrust of government measures runs deep,” said Yoko Saito, an associate professor on disaster reduction who jointly conducted the survey.

The rate of return to reopened areas varies considerably.

In Kawauchi, which lifted its last evacuation order in 2016, the population is now 68 percent of its pre-2011 figure.

It’s a different story in Futaba, which jointly hosts the crippled plant. 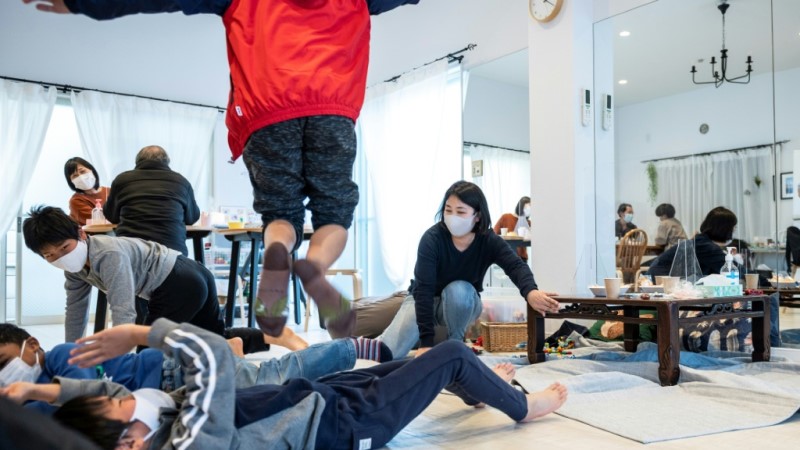 Just over two percent of Fukushima remains under evacuation orders

A tiny portion of the town was declared open last year — but not a single person has returned.

All roads into the restricted zone are blocked by barricades, and those entering must wear plastic suits and cover their hair and shoes. Radiation levels on their bodies are measured when they leave.

Crumbling buildings, untended because of radiation, dot the region.

At a ruined inn, an antique clock sits stopped, and fallen teacups litter shelves in a nearby giftshop. 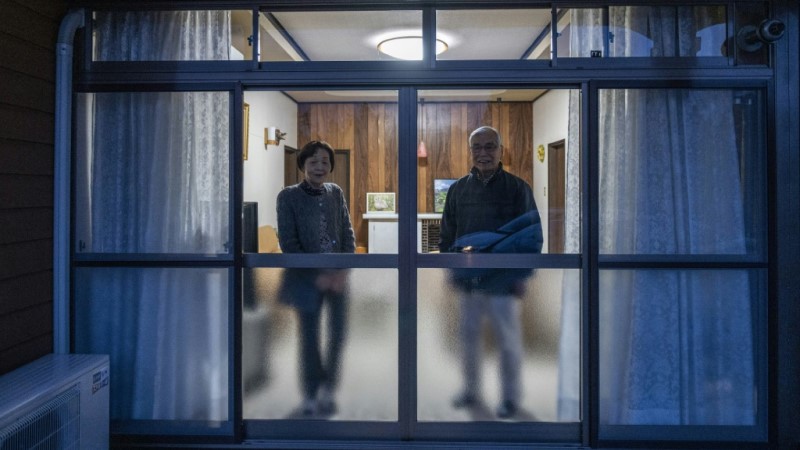 A Little Sad and Lonely

For many in reopened areas, returning has brought conflicting feelings.

Takao Kohata went back to Minamisoma after authorities lifted restrictions but is still haunted by radiation fears.

Government officials tout strict screening of food in the region, but “many people are still nervous,” the 83-year-old said.

The parents of his four grandchildren won’t let them visit, because they worry about radiation.

“I fully understand their concerns, but I feel a little sad and lonely,” he said. 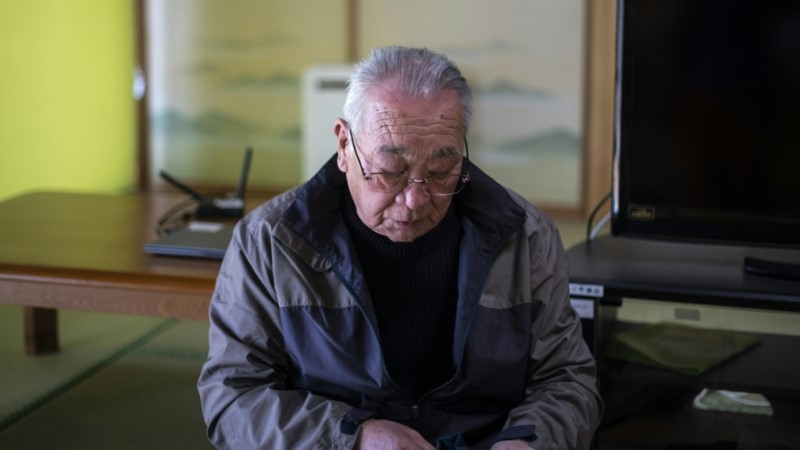 Masaru Kumakawa returned to Namie three years ago, despite losing his wife there in the tsunami

Some evacuees say they feel forced to return as the government winds up support for the displaced.

“In the end, those who have no place to go and have low incomes are the ones left behind,” said Shohei Yamane, a psychiatric social worker supporting evacuees.

“This disaster will never end as long as there are needy evacuees seeking help,” he added.

Some who have returned have found it takes more than reconstruction to rebuild a community.

“We are just at the starting line… Community-building is not an easy job. It is endless,” she said.

It’s a struggle Masaru Kumakawa knows all too well.

He returned to Namie three years ago, despite losing his wife there in the tsunami, and now lives alone in a new housing district.

The 83-year-old heads a community association, but has struggled to make contact with his neighbors.

“They lived in evacuation for too long,” he said at a newly built community centre.

“We ring doorbells but no one comes out.”