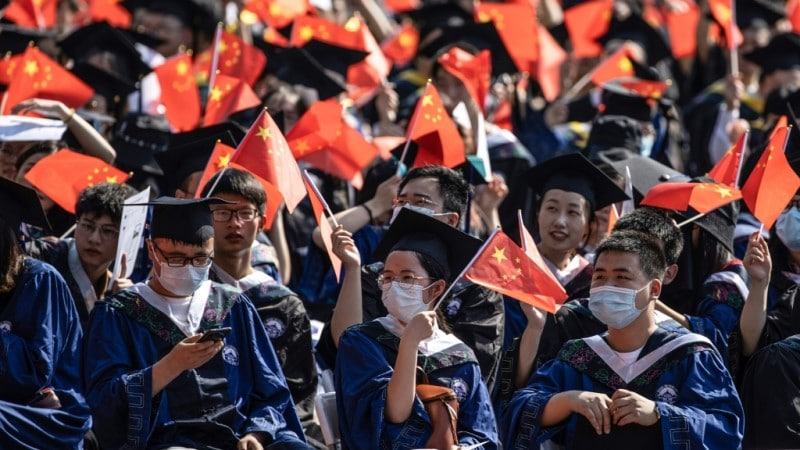 Shares in Chinese tutoring firms tumbled Monday after Beijing imposed new rules on companies to register as non-profit organisations, effectively wiping out business models in the multibillion-dollar sector and hammering their owners’ fortunes.

Officials announced Saturday they will stop approving new after-school education institutions, while all existing ones must now register as non-profits, saying the industry has been “hijacked by capital”.

The private education sector was worth $260 billion in 2018 according to consultancy and research firm L.E.K. Consulting, driven by China’s hyper-competitive kindergarten-to-university education system in oversubscribed cities.

While the move — which also bans teaching on weekends and during holidays — is aimed at reducing pressure on children, parents and teachers, it is a gut punch to the tutoring industry, which was reflected in Monday trading.

The company said in a statement on Sunday that it expected the new measures “to have a material adverse impact on its after-school tutoring services related to academic subjects in China’s compulsory education system”.

Businessmen lost their billionaire statuses as shares were hammered.

Larry Chen, the founder of Gaotu Techedu Inc, lost his status as a billionaire and is now worth around $336 million after his firm shed about two-thirds of its value in New York. The former teacher has lost about $15 billion since January, having also been caught up in the collapse of Archegos Capital Management.

Analysts say the fallout from the new rules could jeopardise listings.

“It’s unclear what level of restructuring the companies should undergo with a new regime and, in our view, this makes these stocks virtually uninvestable,” said JPMorgan Chase & Co. analysts in a note dated Saturday.

On Saturday, the market regulator said Tencent had violated antitrust laws, compelling it to relinquish its exclusive music label rights and prompting the company’s shares to fall more than seven percent Monday.

China’s for-profit tutoring sector has faced heightened scrutiny in recent years, with excessive workloads and prohibitive costs of a “good” education coming under the spotlight.

The cost of education has also been cited by many young Chinese as a reason they are unwilling to have more children, even after China formally allowed all couples to have three children this year in an effort to stave off population decline.

— Bloomberg News contributed to this story —