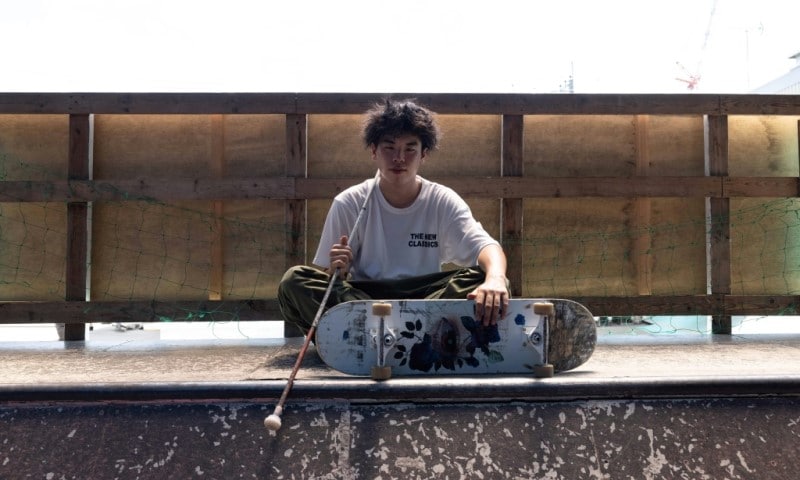 Ryusei Ouchi has all the usual trappings of a skateboarder — the baggy T-shirt, the low-slung trousers, the flat-peak baseball hat. But he also skates with something else: a cane.

The 21-year-old, who goes by Jido, has lost 95 percent of his sight because of a condition called retinitis pigmentosa. But that hasn’t stopped him skateboarding, or following the sport that debuted at the Tokyo Olympics this week.

Ouchi is a regular at a skate park in Tokorozawa, north of Tokyo, where he confidently performs tricks.

He lays down the board and pushes off with his cane out in front, swiping from side to side to feel out the obstacles. 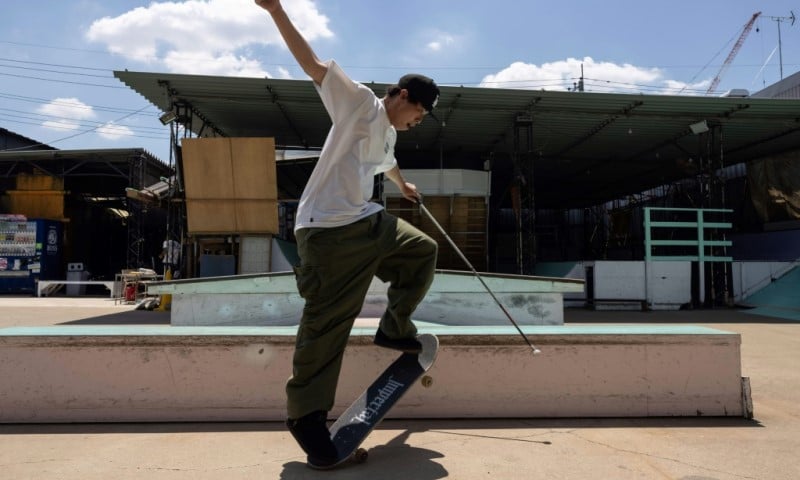 “Most people can see what it will be like just by looking at it,” he told AFP.

“But in my case, I have to first try it out. I try touching, I try riding.”

He started skateboarding as a teenager, when a friend offered to let him try his board.

“I tried skateboarding for the first time and then got hooked,” he said.

It wasn’t easy to get into the sport, which involves regular tumbles and injuries even for those without a visual impairment.

“People who can see get injured too, but the fact that I can’t see has led to more injuries,” said Ouchi, who is training as an acupuncturist.

“I don’t know there’s an object there because I don’t see it, and I’ll run into it, collide and be injured.”

To try to keep himself safe, especially at new venues, Ouchi does a careful survey of the site before he starts.

“First I check the skatepark’s environment by walking. If necessary, I touch it using my hands and feet. I then try to memorize the layout (of the park), and imagine it,” he said

A lot of Ouchi’s practice involves visualizing his skating and his tricks.

“I just think about what I want to do,” he said. 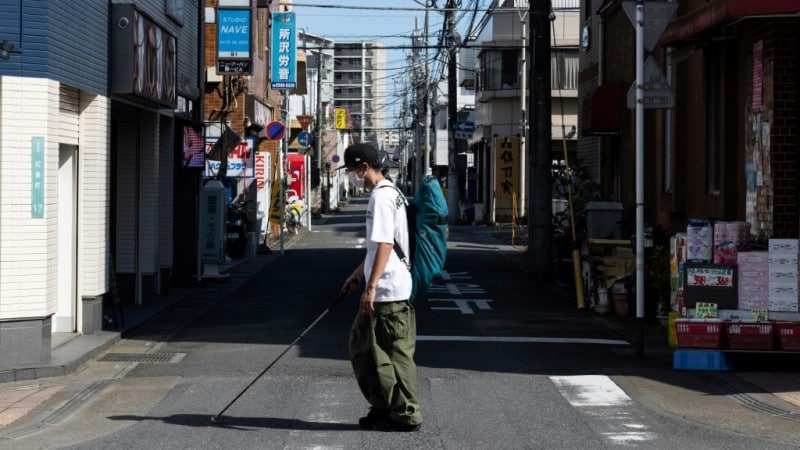 “My skateboarding, whether it is a trick, the method or style, is just my imagination put into shape.”

Despite his preparations, he’s suffered injuries from bruises to fractures, but says it “doesn’t matter how painful it is, how tough it is.”

“When I achieve (the move) I was aiming for, it’s an amazing feeling.”

The skateboarder is following the sport’s Olympic debut and said he was thrilled when Japan’s Yuto Horigome had scooped the first-ever gold medal. 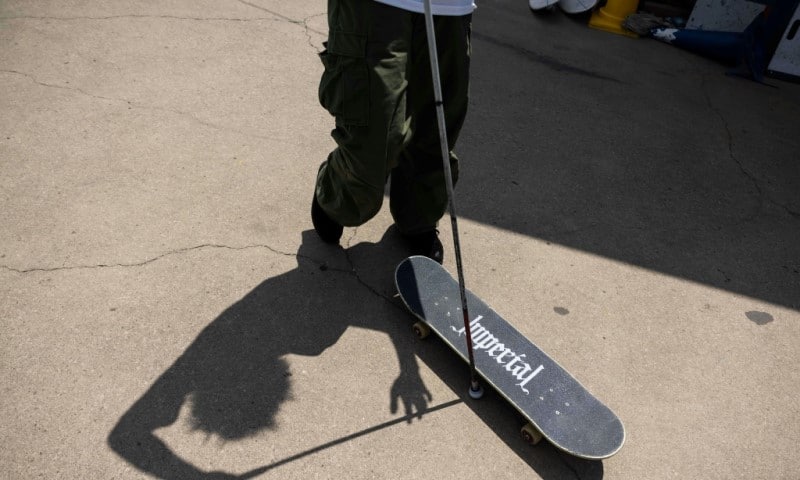 “I found it really heroic,” he said.

And Ouchi has his own sporting ambitions — he wants blind-skateboarding to be registered as a Paralympic sport.

It’s “a bit like a personal project,” he said.

“I think it is something like an order from God, to do my best to get it registered as a sport.”