Crash Bang Wallop: China Gets to Grips with Pro Wrestling 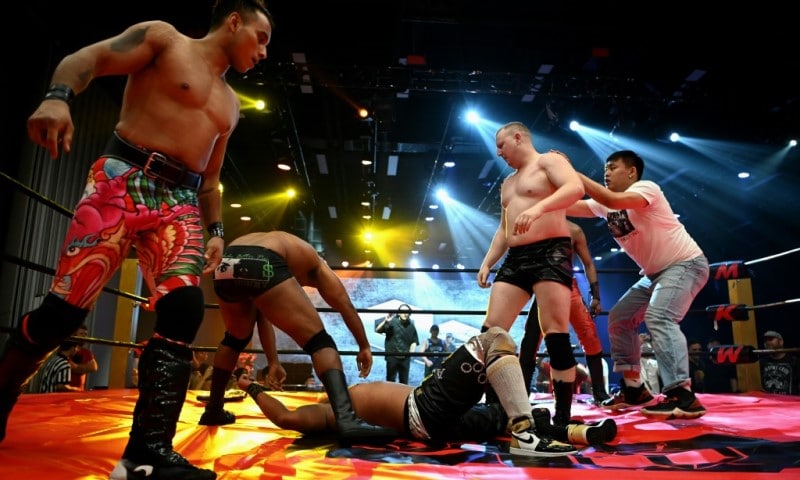 Who will be the king of the ring: Middle Kingdom Wrestling brings WWE-style contests to China

The crowd gasps and cheers as a bare-chested man grabs a chair and smashes it over the head of his opponent on the ground.

A referee in a black-and-white striped jersey rushes to his aid but the prone man is not really hurt — this is WWE-style wrestling in China, where the sport is attempting to take off.

“It’s been barbarous yet fun,” said Su San, who is watching professional wrestling for the first time and is among an audience of about 200 at the Middle Kingdom Wrestling (MKW) event in the southern city of Shenzhen, across the border from Hong Kong.

Alberto Curry, an American wrestler better known as “Zombie Dragon”, is doing his bit to grow this genre of wrestling — which is part sport, part entertainment — in the world’s most populous nation. 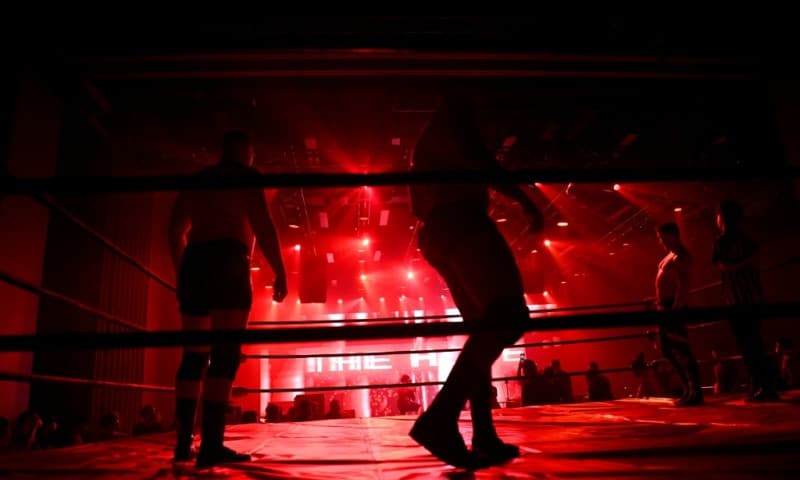 Get ready for the main event: MKW’s founder says wrestling remains a niche sport in China but there is room to grow

“Back in the States there is a lot of pro wrestling, but it’s kind of an over-saturated market… there’s just too much of it, it’s hard to consume all that wrestling,” said the 31-year-old.

“But in China, it’s very fresh, it’s very new, and a lot of people don’t know what it is.

“Once they see the characters and the costumes and everything, they really get into it.”

Back in the ring, two Chinese fighters — one with the name “Black Mamba” scrawled in gold on his outfit — are exchanging kicks and punches.

Black Mamba, whose real name is Zhang Wendong, strikes his opponent in the face with a clenched fist wrapped in a metal chain.

Whoops go up from the audience as the tattooed 25-year-old reaches under the ring for a chair and then slams it over the head of his rival. 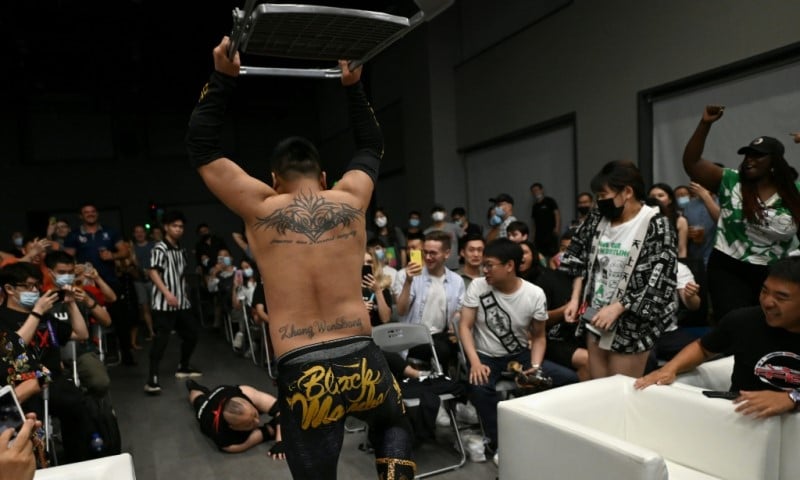 Adrian Gomez, founder and president of MKW, which started in 2015, admitted that wrestling remains a niche sport in China.

But it has “very vocal and passionate” followers, he said, and Gomez believes that infusing wrestling with traditional Chinese martial arts can gain traction.

“I do think that Chinese culture lends itself so easily into professional wrestling to make it eventually a style in its own,” said the American, who hopes to send fighters one day to the United States, home to standard-bearer the WWE. 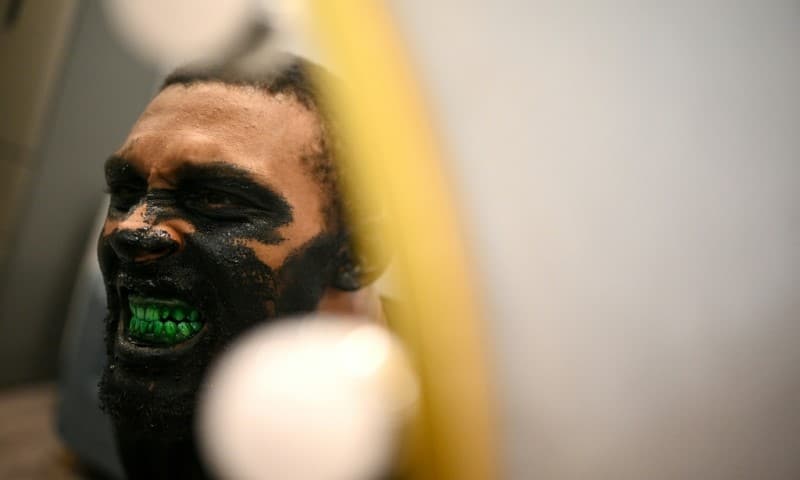 What do you see in the mirror, Zombie Dragon: American wrestler Alberto Curry says the sport is ‘very new’ in China

For now, it is about trying to spread the sport’s reputation in China beyond its current limited supporter base.

“Unfortunately at this moment, we’re just in that little pond,” said Gomez.

“But with every effort of pro wrestling, we’re going to keep growing that until wrestling is like an ocean in China.”