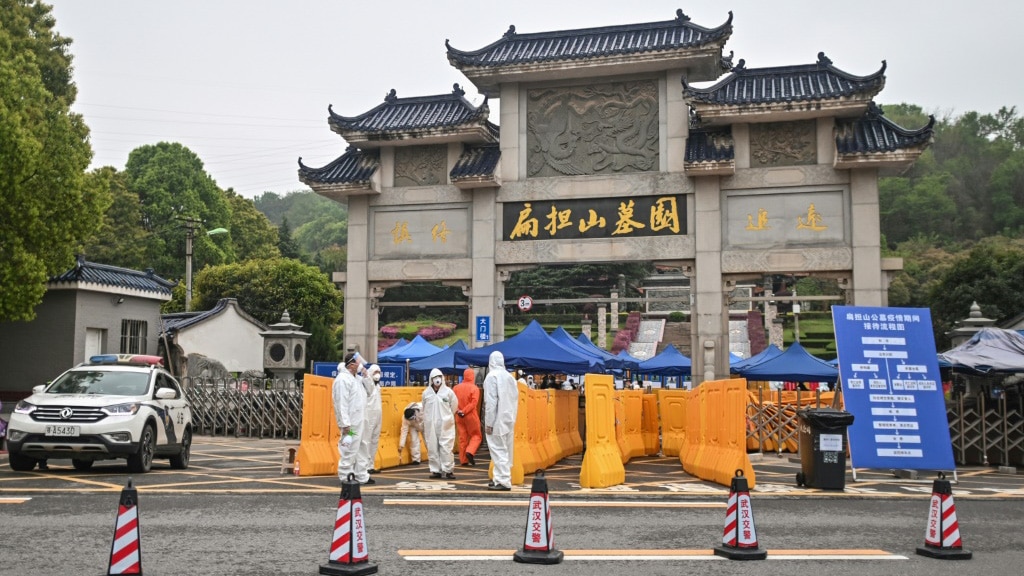 Citizens bury their loved ones as the lockdown in China’s virus epicenter eased.

At the Biandanshan Cemetery, downcast groups of masked residents filed quietly past hazmat-suit-wearing security personnel and police on Tuesday to lay friends and relatives to rest under a leaden sky, a scene repeated in recent days at Wuhan’s graveyards.

Whether from coronavirus or other causes of death, Wuhan’s gradual re-opening in recent days has offered the first chance in weeks for the dead to be buried, and for the bereft to vent over what one called a “hellish” experience for the city.

At Biandanshan, authorities mindful of infection risks funneled groups into the hillside facility in lines separated by chest-high yellow traffic dividers, checking mourners’ temperatures and spraying them with disinfectant as they entered.

Grim-faced, many declined to speak to journalists, but one woman arriving for a family member’s burial expressed numbness.

“I don’t feel anything,” she said blankly.

Her relative had died of a stroke.

She gave no further details, but many of Wuhan’s 11 million residents have complained online of uninfected loved ones dying from other causes due to a lack of medical care during the epidemic, which overwhelmed the city’s hospitals. 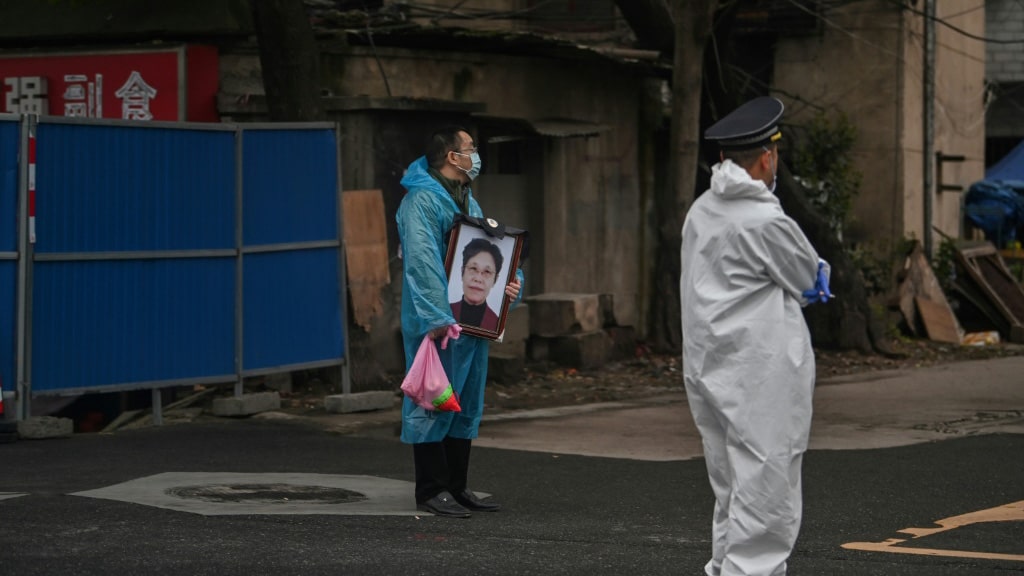 A man standing silently outside the cemetery while mourning the death of his loved one.

One man with a box of ashes said he was a community worker tasked with burying another man who “had no family left”.

He said no more before entering the cemetery.

As small groups gathered quietly around gravesites on the hillside, a man draped in a blue plastic protective poncho stood silently near the cemetery entrance, holding a photo portrait of a woman who had died.

After citizens of Wuhan and the rest of Hubei province spent more than two months confined at home, life is slowly inching back to normality, though many restrictions on movement and public gatherings remain.

The scenes at cemeteries and funeral homes showed that one of the many things put on hold by the crisis were burials.

Relieving that pressure is one of the first things authorities have done, organizing a system in which families are notified that cremated remains are ready to be picked up, according to posts online by many next of kin.

Surviving family members are escorted to graves by government-assigned minders who were dispatched, authorities say, to provide transportation since much of the city’s transport remains shut down. 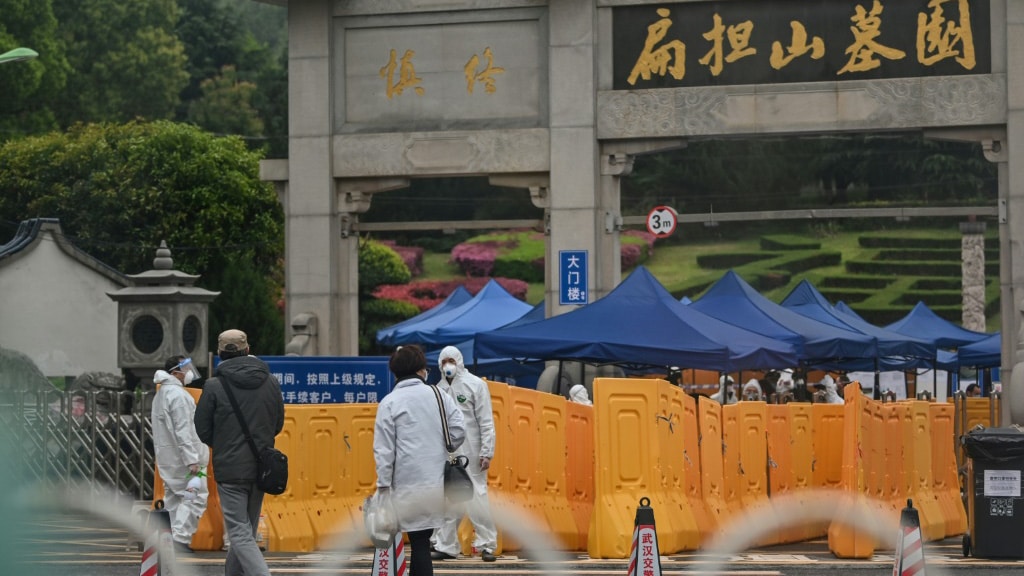 Residents lay their loved ones to rest, one of the first outdoor act in more than two months in lockdown.

The new regimented burial process, which allows only limited numbers of mourners into cemeteries for each funeral, did not sit well with some already angry over their loss.

A 52-year-old man who gave only his surname, Zhang, told AFP he believes his elderly father was infected while in hospital for a broken leg. His father died of coronavirus.

Zhang refused to be accompanied to the graveyard by minders.

“It’s my family business and I don’t want outsiders involved,” he said.

One woman who has written in online posts that her husband died of the virus — leaving her to raise their daughter alone — echoed the comments of other Wuhan residents who have expressed anguish at having to wait so long for burials.

Lamenting a “hellish period in Wuhan”, she finally deposited his ashes at a funeral home last week.

“My poor husband can finally rest,” she wrote, “and no longer needs to wander.”