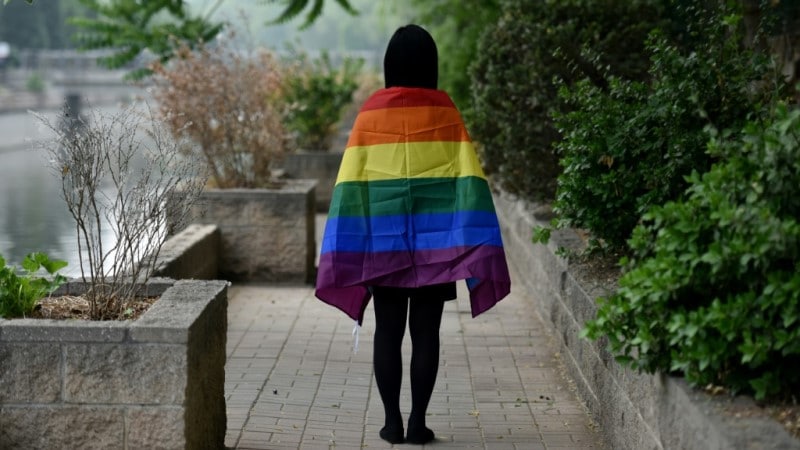 The WeChat pages of groups including Huazhong University of Science and Technology Gay Pride and Peking University’s ColorsWorld had their past posts scrubbed and replaced with a notice stating: “All content has been blocked and the use of the account has been stopped” for violations of unspecified social media regulations.

The brief notices said WeChat had received “complaints” about the pages, while the groups’ account names had been changed to “Unnamed Account” on Tuesday, based on publicly visible account records.

Super-app WeChat is China’s biggest social media platform, with instant messaging, blogs and other content, as well as the ability to make payments.

Zhihe Society, a feminist student group at Shanghai’s Fudan University focusing on sexual minorities, confirmed its official WeChat account had been permanently deleted in a statement on another social media platform on Wednesday.

The organization said in a statement on the Twitter-like Weibo platform that it was clear there was “no possibility that Zhihe’s original account can be revived in the short term”.

An LGBTQ group organiser at a Chinese university who asked not to be named told AFP that his group had previously faced censorship of individual articles that were deemed to have crossed the line, but had lost its entire WeChat page in Tuesday night’s purge.

“Everyone in the affected LGBT groups is very indignant,” he said.

Although China decriminalised homosexuality in 1997, same-sex marriage is illegal and issues around LGBTQ groups are often considered politically sensitive.

Tencent, which owns WeChat, did not respond to AFP’s query on what prompted the account removals.

Multiple WeChat users not affected by the block circulated lists of deleted accounts and called Wednesday for a digital protest against the deletions, asking readers to change their profile names to “Unnamed Account” in support of the groups.

“Tonight, we are all unnamed accounts,” they said in posts that were deleted shortly after.

The blocking of the accounts drew criticism from the United States, which frequently takes China to task on human rights and under President Joe Biden has vowed to promote LGBTQ rights.

“We’re concerned that the PRC has restricted the social media accounts of LGBTQI+ student groups and NGOs that were merely expressing their views and exercising their right to freedom of expression and freedom of speech,” State Department spokesman Ned Price told reporters.

“We oppose the use of network restrictions to suppress freedom of expression online. It does not matter to us whether that is in China or anywhere,” Price said.

While no government body has claimed responsibility for the deletions, activists fear the seemingly coordinated actions could be motivated by an anti-LGBTQ agenda.

Sun Wenlin, co-founder of the China Marriage Equality Advocacy Network, told AFP that the way the accounts were blocked in one go suggested “someone at a government department may have written an internal report for higher-ups” that included a list of LGBTQ social media groups.

A member of a small LGBTQ NGO who asked to remain anonymous told AFP that representatives from the student groups had been “invited for tea on a large scale in the past two months”, using a term for meetings with the authorities intended to intimidate potentially subversive individuals.

Attitudes towards alternative lifestyles are slowly softening in socially conservative China, although an official push towards traditional gender roles has come down harshly on men deemed “effeminate” or women who reject motherhood.

Users on the Weibo social media platform were divided on the topic, with some praising the account removals and using homophobic language to criticise the student groups.

Others mourned the loss of the accounts, with one user asking: “Could it be that this country and this society can’t even tolerate a rainbow flag?”