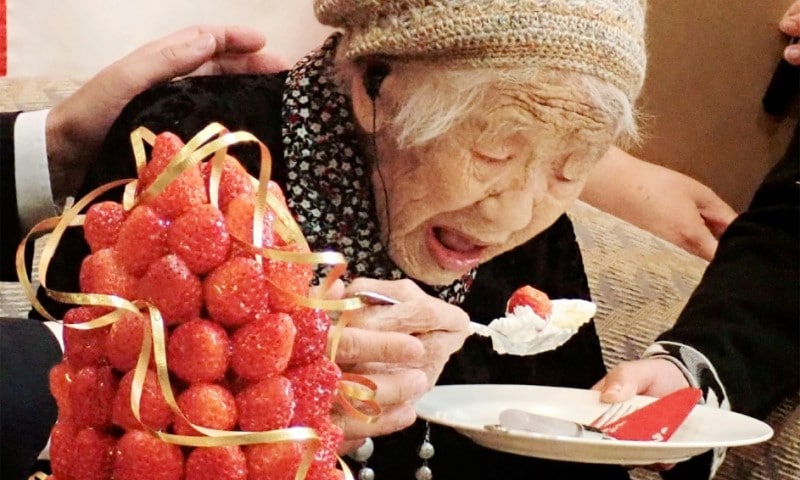 The world’s oldest person, a Japanese woman aged 118, has given up her spot in the Olympic torch relay due to a surge in Covid-19 cases across the country.

Kane Tanaka from Fukuoka in southern Japan had been planning to use a wheelchair to carry the torch when it passes through the city on Tuesday.

But her family said in a statement obtained by AFP on Friday that Tanaka would no longer participate because “the spread of the coronavirus has not been contained”.

The government on Friday extended a virus state of emergency in Tokyo and other areas, and also imposed the restrictions in Fukuoka and one other region.

The measure, in place until May 31, restricts commercial activity but is less strict than the blanket lockdowns seen in other countries.

“The care home where Kane lives has banned visitors to prevent germs from coming inside and has so far ensured the safety of its residents,” her family said.

“In light of the current situation, it is truly, truly unfortunate but we have decided to withdraw Kane Tanaka’s participation in the torch relay.”

The family said they had been looking forward to the “precious and rare” opportunity and had wanted the public to be inspired by Tanaka — who they said is in good health.

Their statement was issued via Nippon Life Insurance, an Olympic sponsor that had invited Tanaka and her family to participate in the relay.

The Wright brothers had the first successful flight that year, and Marie Curie became the first woman to win a Nobel prize.

Japan’s Covid-19 outbreak remains much smaller than in many countries, with just over 10,500 deaths.

But its vaccine rollout is moving slowly and some areas have seen record cases as more infectious variants drive fresh waves of contagion.

Several sections of the torch relay have been moved off-road to prevent people gathering to watch — and Fukuoka’s governor has said he wants it to be pulled from public roads there.

Japan’s government and Olympics organizers insist the Games will go ahead safely, although polls show most Japanese people support cancellation or another delay.