The Come Up: X Li on Luxury Pain and Becoming the Next Rap Superstar 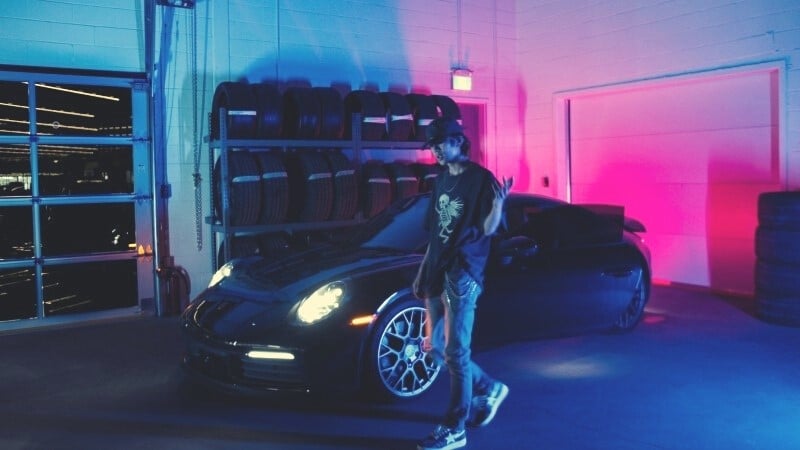 Every day, it seems as if there’s another rapper who is breaking into the scene. However, X Li stands out from the clutter. With his clean rhymes and blunt lyrics, the breakout star from Toronto is ready for Mainstream.

X Li has had a wild life. The rapper was born in Taiyuan, China where he grew up listening to rock and alternative rap-rock artists like Linkin Park. Eventually, this love for music set the tone for his future career.

The rap star only has one dream in mind: To become the world’s first mainstream Chinese rap superstar. And based on his charisma and unmistakable talent, he will go stratospheric very soon.

Before he releases his Tiger EP later this year, we caught up with this upcoming star to talk about how his upbringing made him evolve to the rapper he is now.

From China to Canada

When he moved to Canada at the tender age of 14 years old, he was captivated by artists such as Wiz Khalifa, 50 Cent, Kanye West, Jay-Z, and Nas. Even as you listen to his music now, the cues he picked up from these legends are still evident.

It turns out, Toronto is the best place for his talent to thrive. Being the hometown of hip-hop icons like Smoke Dawg and Killy, the city has been a long-established playground for practice and success.

Of course, X Li has another trick up his sleeve – a sound unlike any other which resulted from his Western and Asian cultural influence and a natural aptitude for floating trap beats.

Before X Li’s dream could turn into reality, he had to take an unusual path. After all, how can you become a mainstream rapper if you did not speak a word of English, right?

X Li was so magnetized by music that he spent his every waking hour studying English. In time, he was able to write slamming rhymes and express himself to an international audience. The ability to speak English has enabled him to connect with millions of people around the globe through his songs.

“I tried recording some Mandarin rap music, but it was too easy for me. I want everyone to listen to my music, not just Mandarin speakers. So I learned English, combining strange words and crafting up crazy phrases. It worked and people like it,” he said in a previous interview.

“I think the singing techniques I use, and my voice are quite unique. My songs are always about my actual experience, people can actually learn a lot if they listen carefully.”

Just this year, X Li released numerous singles including Luxury Pain, which showcased a very vivid picture of the lush life. When asked about his inspiration, the rapper shared it came from his own lifestyle as well as his previous business experience in fashion.

“I spent all my money on supercars and lavish parties but in the end, I realized that these are not the things I am really chasing after, and it has only caused me more pain than happiness. Also because of this materialistic lifestyle, I saw many people went from broke to rich and back to ground zero. This is another event that really inspired me to write luxury pain.” 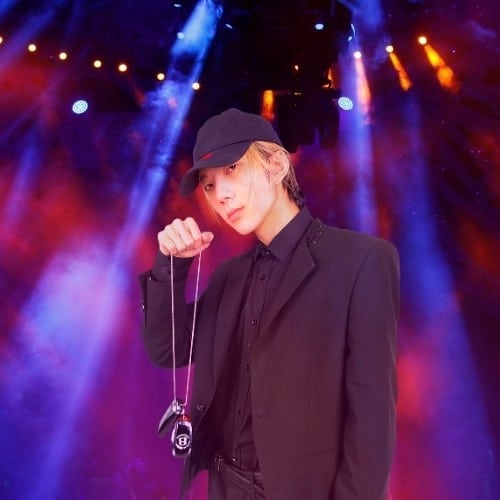 At first glance, his lyrics may seem materialistic and blunt especially in his new singles such as Wangleta, but these tracks actually focus on using possessions to improve oneself. This eccentric perspective is the very aspect of his music that humanizes him.

Through his music, he has brought light to immigrants that come from the same background as him, especially Asians who now call Canada their home.

Despite thriving in Canada and China, X Li has a clear picture of how the two places influenced his music differently.

“China and Canada are completely different. While China focuses on making Hip Hop and Rock more and more mainstream, artists in developed music industry like Canada have to really focus on finding a niche first before appealing to the general public,” he said.

Admittedly growing up in a privileged family, he mentions that his creativity and independence got him kicked out from his past schools in China. Teachers even claimed that his behavior influenced other students. At home, X Li faced another dilemma. His dream to become a rapper caused his parents to shut him out.

Surprisingly, it wasn’t a person that got X Li through all those trials. It was music. He channeled all his feelings into his craft and his newfound independence pushed him to succeed.

“I feel happy when I’m making music. It’s like air for me, I can’t live without it. My first inspiration was rock music, and I think trap music is the new wave of rock. I make music to tell people how I feel, and hopefully, motivate them too.”

X Li believes that his best music comes from dark moments. In fact, he was intent on channeling all his emotions into his sound not just for the entertainment of his listeners, but also as a healing mechanism for himself.

The rapper admits that he has come a long way from the boy who lived in China many years ago.

According to him, he has become “more mature, after I have experienced the ups and downs in my business, these difficult times turn me from a boy to a man.”

When asked about his writing process, he says that it really depends on what he has been thinking at the moment or the last couple of days. Then, he just lets all his creative emotions pour out.

“I don’t write. The creative emotions just pour out”

Thankfully, his career is not the only aspect of his life that turned around. His parents are now also very supportive of his career choice.

“I’m very grateful for them always being there for me.”

X Li is still young but undeniably, he’s been making waves on his own. In the last few months, he’s been releasing bomb music videos that are climbing up to a million views. Now, he’s still reeling from his biggest release yet – Racecar.

Racecar is the fourth official single of his highly-anticipated EP, Tiger, which is inspired by his Chinese roots. This EP is set to cement his name in the industry and take his music to new heights.

Just like his past tracks, Racecar perfectly shows off his musical prowess especially with his seamless blend of heavy rhythms and accented flows that give a whole new meaning to the song. Racecar is also an ode to his early days when he would collect flashy cars and wrap them in pink. This odd nostalgic element brings more focus to his unique style and talent. It also proves that he’s ready to be pushed into the next stage of his career.

Rapping about his past troubles and flashy lifestyle, it’s no wonder why X Li’s music sounds dark yet captivating. He’s built what he has to offer on his experiences, and his charm and talent is amplified even further by his diverse cultural background.

It may be tempting to think that X Li is just another bad boy in the rap industry belting out opaque lyrics about his radical perspective, but the reality is far from that. His fans adore him for making music that connects with them on a deeper level. With his lyrical prowess, cultural character, and unique sound, he’ll soon become a household name.  X Li is hoping to collaborate with Travis Scott one day, and we will definitely look forward to that.

X Li’s music is available on Spotify and Apple Music. You can also check out his trippy and hypnotizing music videos on YouTube.