The Demise of China’s ‘Model’ Village, Where Cash and Communism Collide 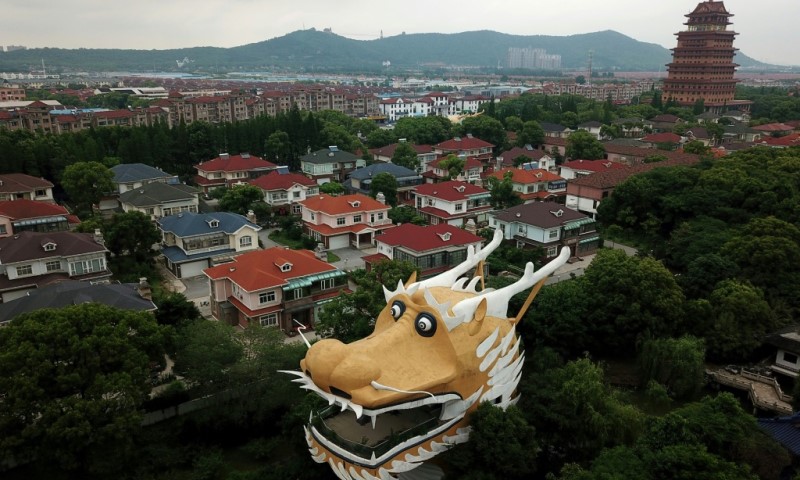 Huaxi’s success story has soured, sunk by a pernicious brew of nepotism and political patronage

It was a gilt-edged gift to Communist propaganda: a village led by a Party visionary who transformed farmers into millionaires while tacking close to China’s collectivist ideals.

But Huaxi’s success story has soured, sunk by a pernicious brew of nepotism and political patronage which experts say may hold wider lessons for the pitfalls of “capitalism with Chinese characteristics” in a country where power emanates from the Communist Party.

Village chief Wu Renbao transformed Huaxi, a few hours from Shanghai, from a rural backwater into a wealthy collective, surfing China’s economic reforms for over four decades as the impoverished nation remade itself into a superpower.

From textiles to steel and real estate, Wu established the “Huaxi Group”, a village conglomerate of over one hundred companies. 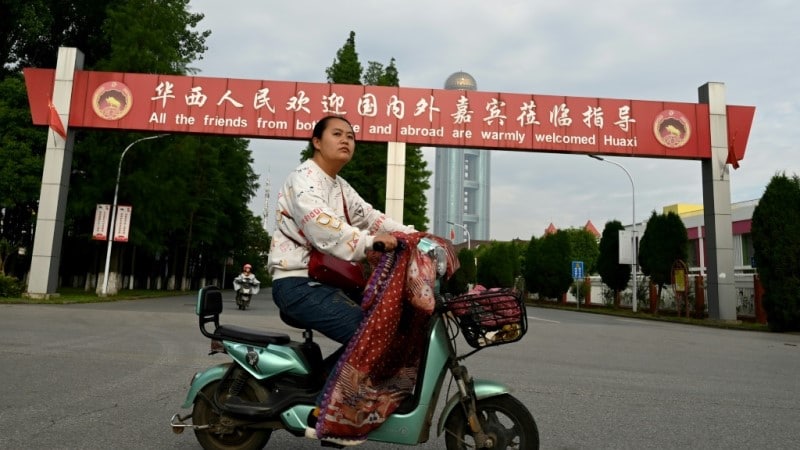 Those minted great wealth and won the village leadership praise for a pioneering approach of returning profits back to residents of China’s self-styled “richest village” via beefy dividends.

By 2004, the average annual income of villagers had reportedly reached over 122,000 yuan ($19,000) — forty times that of most farmers — as Huaxi’s status as a winner in China’s Party-driven march from poverty gleamed back in rows of villas, garish hotels, overseas degrees and generous social welfare schemes.

“Communists should seek happiness for the majority of the people,” Wu was once quoted by the official Xinhua news agency as saying.

When he died in 2013 at the age of 84, a 20-vehicle procession transported his coffin as a huge photograph lionized the village patron, surrounded by paper flower wreaths sent by China’s top leaders.

But eight years on, the village’s economic takeoff appears to have crash-landed.

Viral videos shared in February showed residents queueing up at ATMs frantically trying to withdraw their savings, as hard times descend on the village of plenty.

Local media reported the run on the banks was stirred by a collapse of dividends from 30 percent of the conglomerate’s profit to just 0.5 percent, with village debt soaring to 38.9 billion yuan ($6 billion).

Authorities have confirmed the images of the ATM run but denied rumors that the town was bankrupt.

It is impossible to report freely in Huaxi — AFP was accompanied by six government minders on arrival, in a sign of the sensitivity of the village’s reputation.

But it is clear that Wu’s family still dominate Huaxi, showing that network, connections and loyalty to the Communist Party — which marks its 100th anniversary on July 1 — remain the elixir for business success in modern China.

The story of Huaxi is “essentially an ugly tale of despotism,” said Valarie Tan, analyst at the Mercator Institute for China Studies in Germany.

“How a party secretary and his family in China whose power have been unchecked for a very very long time, and that has really led to mismanagement of funds, over leveraging, some really bad investment decisions and some really bad bets.” 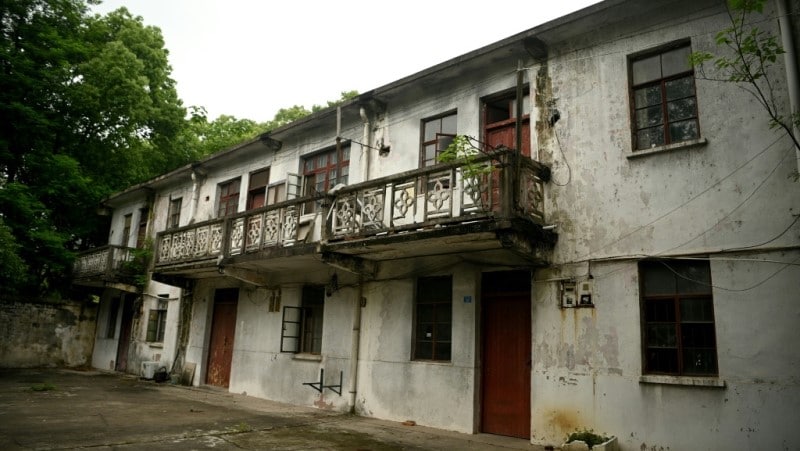 That event was marked by the inauguration of a 328-meter tower housing a five-star hotel, a giant aquarium, presidential suites and a gold statue of a bull.

The skyscraper cost the village three billion yuan. But there were few customers during a recent AFP visit.

An empty 72nd floor — which once housed a revolving restaurant with North Korean dancers — looks out across rows of villas which mostly appeared empty, with disused swimming pools full of muddy water.

“Many tourists used to come to Huaxi,” one taxi driver told AFP, like many requesting anonymity in the presence of foreign reporters. “Things have changed.”

Despite its much-lauded collectivism, the Huaxi Group is “very much a one-family business”, says Larry Ong, of the US-based SinoInsider firm and author of a report on the village.

Key positions in the group and in the village’s political hierarchy are held by the Wu family, according to documents seen by AFP.

Eighteen of Wu’s relatives are on the village Party Committee.

His eldest son and son-in-law both held vice chairman roles at Huaxi Group.

Wu Xie’en — who took over from his father as the village chief and chairman of Huaxi Group — told state media in 2018 the long-term stewardship of the village conglomerate was in good hands.

“We are engaged in high-tech research and development,” he said. “In a few years, everyone will see it’s effective.” 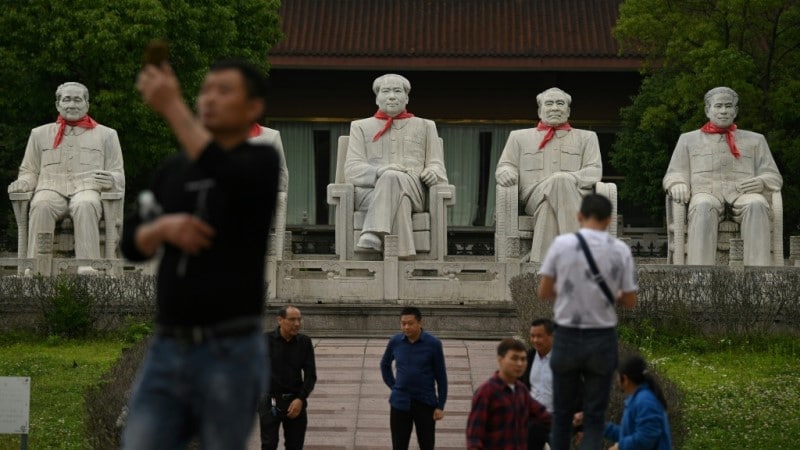 Eight years on from the death of Huaxi’s village chief, its economic takeoff appears to have crash-landed

But last year the group, once among the biggest companies in China, disappeared from the top 500 list.

Ong says the branding as a “model” Communist village always glossed over a sharp social hierarchy, which saw the concentration of wealth diluted each kilometer from the city center.

At Huaxi’s “World Park” — a replica-strewn expanse of landmarks from the Arc de Triomphe to the Statue of Liberty — the lost luster of affluence can be seen in peeling paint and empty walkways.

Yet experts say the enduring propaganda value of Huaxi means Beijing is unlikely to let the village go to the wall — especially during its centenary year.

“Huaxi is a sort of modern-day Potemkin village that the CCP upholds to justify its continued embrace of a failed ideology,” said Ong.