As China prepares to celebrate the 100th anniversary of the Communist Party’s founding in Shanghai, AFP spoke to six members to ask why they joined

The Chinese Communist Party boasts 92 million members from all walks of life, drawn by ideology, ambition, and the pragmatic knowledge of how to get ahead in the world’s second-largest economy.

But little is known about the inner workings of the secretive organisation, where open criticism is still taboo.

As China prepares to celebrate the 100th anniversary of the Party’s founding in Shanghai, AFP spoke to six members to ask why they joined. 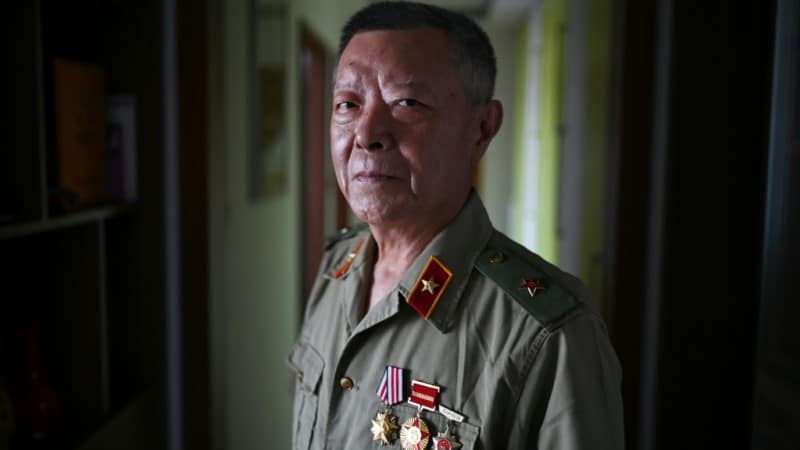 Su Xiaodong was born five years after the Communists proclaimed the People’s Republic in 1949 after a grueling civil war, and joined the Party at the age of twenty

Su Xiaodong was born five years after the Communists proclaimed the People’s Republic in 1949 after a grueling civil war, and joined the Party at the age of twenty.

“At that time, all young Chinese aspired to join the Party,” he said. “It was really a long-cherished dream.”

After missing school as a teenager because of the Cultural Revolution — a decade of devastating political upheaval that Beijing later admitted was a mistake — Su fought in the brief China-Vietnam conflict in 1979.

The market reforms that followed afterwards turned China into an economic powerhouse but were a “huge” ideological shift for Su at the time after growing up in the era of Mao Zedong, the 67-year-old admits.

“As Party members, we had to pioneer this new thinking and get people to buy into it,” he said.

A surrealist painter, 38-year-old Yang Na joined the Party in 2001.

She paints from a sunlit studio in Beijing, making long sweeping strokes with her brush in bold color’s, and her works have been exhibited both in China and overseas.

As a Party member, Yang wants to use her artistic profile as a way to show the world what it is like to be a young person in China.

“I think I can be someone who makes people realize that not all Chinese are the same and not all CCP members are the same,” she said. 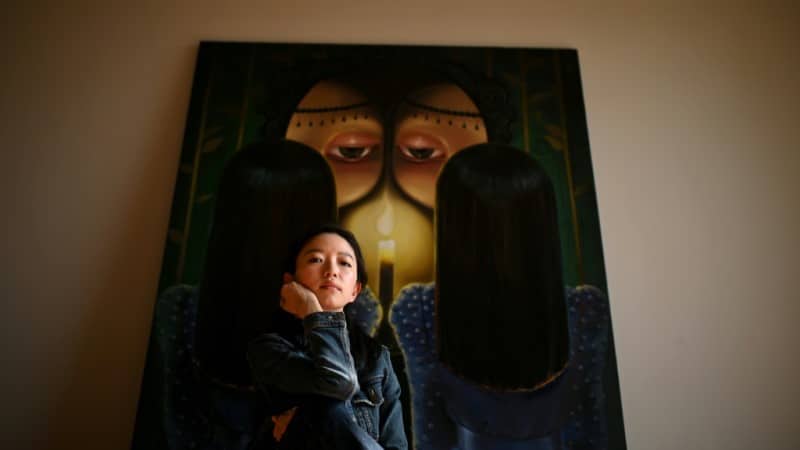 Born before the founding of the People’s Republic of China, 75-year-old Dalong joined the Party in 1974 and served as a village committee secretary in the sensitive region of Tibet for three decades.

Now the retiree lives in the same house with his family, feeding his pigs and tending to his plants with water poured from a large kettle.

“I met Chairman Mao when I was young, President Hu Jintao when I was middle-aged, and now President Xi,” he said, wearing a traditionally embroidered Tibetan coat and hat. 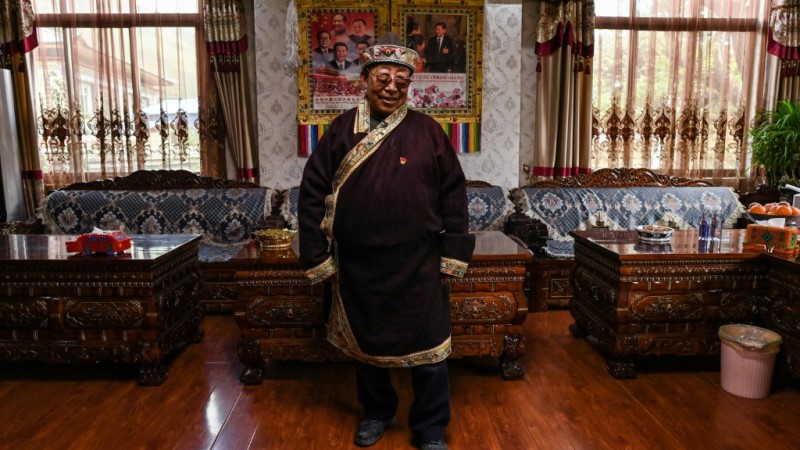 Chen Jian, 51, is CEO and Party chief of a state-owned company. His mission as a member, he says, is to ensure that the company develops and brings employment to Chinese people.

He calls on foreigners who see the CCP as dictatorial to abandon their “prejudices” and come and see for themselves its achievements, including living conditions that have improved dramatically in the past 40 years.

“Thanks to the Party, people’s standard of living is getting better and better,” he said.

“The huts of the past have been replaced by these big modern buildings.” 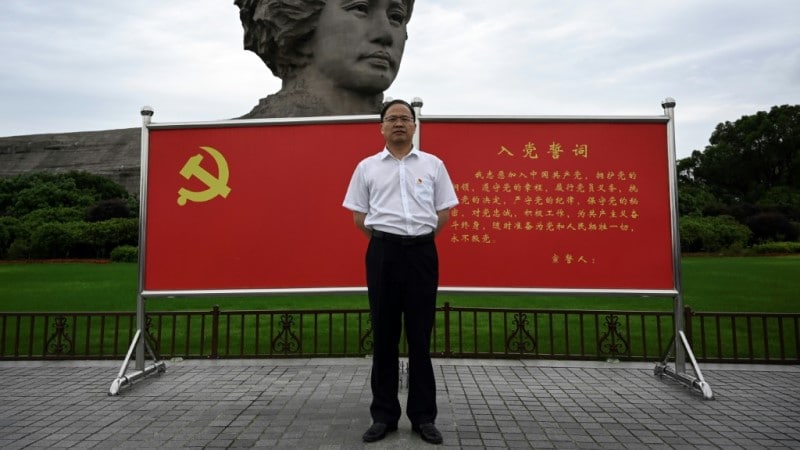 Chen Jian, 51, is CEO and Party chief of a state-owned company

Yang Guang, 24, is studying finance in Beijing and joined the Party in 2018.

She plans to return to her mountainous home province of Sichuan with her boyfriend after graduating and work in a bank.

As a student representative with a passion for volunteering, Yang says she joined the party to help others.

“The nature of the Party is… to be at the service of people,” she said.

“In short, the idea is to help those around me as much as I can.” 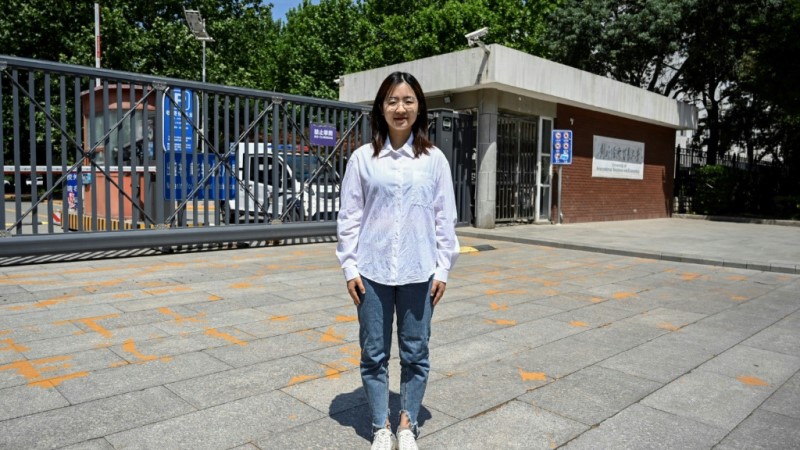 Historian Xu Jia joined the party in 2010 in his twenties, and now writes official reports in which he analyses Party history.

The 33-year-old comes from a family of party members, including his parents and grandparents.

“What they taught me was that the Party is a good organization, that becoming a Party member is a mark of recognition by society, that you gain more respect, have more opportunities do to many things and to realize your dreams,” he said. 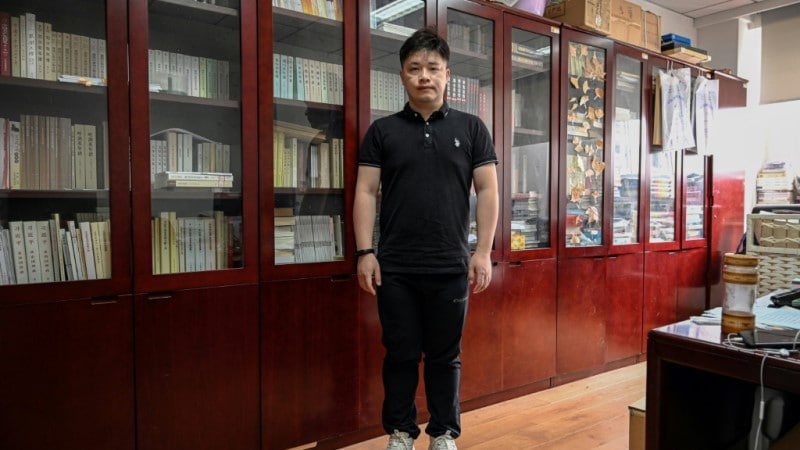 Historian Xu Jia joined the party in 2010 in his twenties, and now writes official reports in which he analyses Party history

But this didn’t spare him from arduous sign-up process.

“Joining the Party is not something that happens overnight… After applying for membership, I, like the others, had to undergo a long check-up by the Party before you can fully join.”