World’s Smallest Hog Released into Wild in India by Conservationists 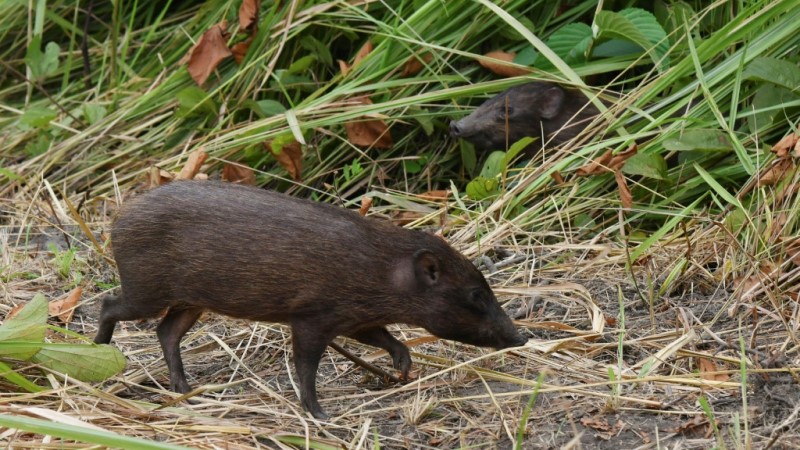 The pygmy hog, which has the scientific name porcula salvania, lives in tall, wet grasslands

A dozen of the world’s smallest pigs have been released into the wild in northeastern India as part of a conservation program to boost the population of a species once thought to have become extinct.

The pygmy hog, which has the scientific name porcula salvania, lives in tall, wet grasslands and was once found along plains on the Himalayan foothills in India, Nepal and Bhutan.

Its population declined in the 1960s, leading to fears it had become extinct until it was rediscovered in India’s northeastern state of Assam in 1971, conservationists say.

By 1993, it was only found in a few pockets of Assam’s Manas National Park, which borders Bhutan. 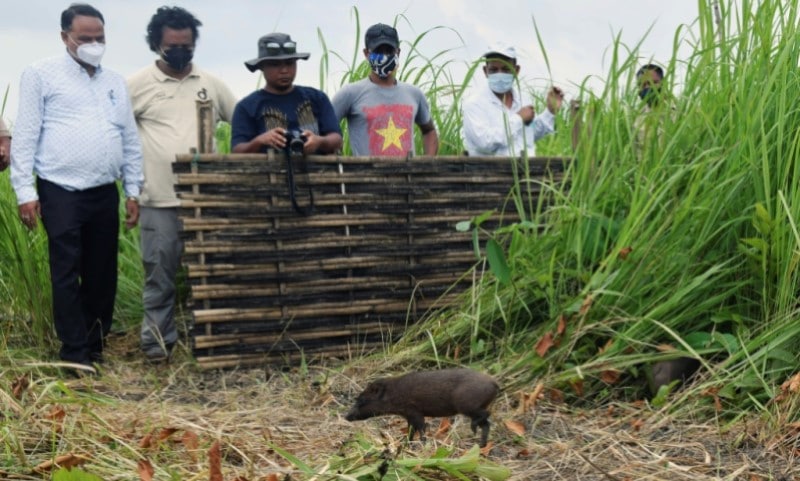 The Pygmy Hog Conservation Program, involving several organizations including from state and national governments, established a captive breeding scheme with six hogs in 1996 to try and revive their population.

“This time we are releasing 12 pygmy hogs including seven male and five female,” the program’s field scientist Dhritiman Das told AFP at the release site in Manas National Park on Saturday.

The program looks after around 70 captive hogs and is breeding more to be released.

The past week’s releases take the number of pigs reintroduced into the wild by the program to 142.

The wild population is estimated to be less than 250, conservationists say.

“In next four years, we target to release 60 hogs… so that they can build their own population in the wild,” Das added.

The program has also sought to rehabilitate the grasslands home to the tiny creatures, which measure about 25 centimeters (9.8 inches) in height and 65 centimeters in length and weigh around 8-9 kilograms (17.6-19.8 pounds).

The species’ survival has been threatened by the loss and degradation of its habitats due to human activity such as settlement and agriculture, and the improper management of such areas, experts say.