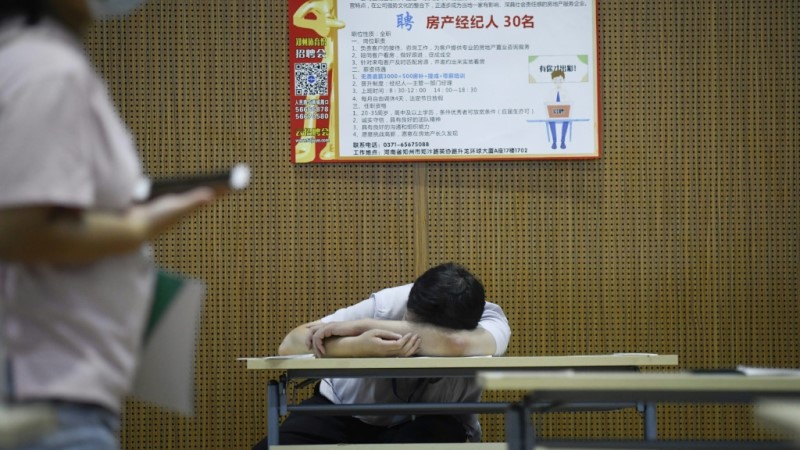 A jobseeker takes a break at a recruitment fair in Zhengzhou, China. Young graduates face a tough employment market

Ma, 26, is one of almost nine million people graduating and entering the job market this year at a time of great uncertainty, an issue that has the ruling Communist Party worried to the point that President Xi Jinping has made it a priority.

The world’s second-largest economy may have rebounded sharply from a historic virus-induced contraction, but its young graduate jobless rate in June was more than three times that for urban unemployment.

Ma was among hundreds of young faces streaming in and out of the job fair on a recent weekend in Zhengzhou, where employers in industries ranging from real estate to manufacturing were recruiting. 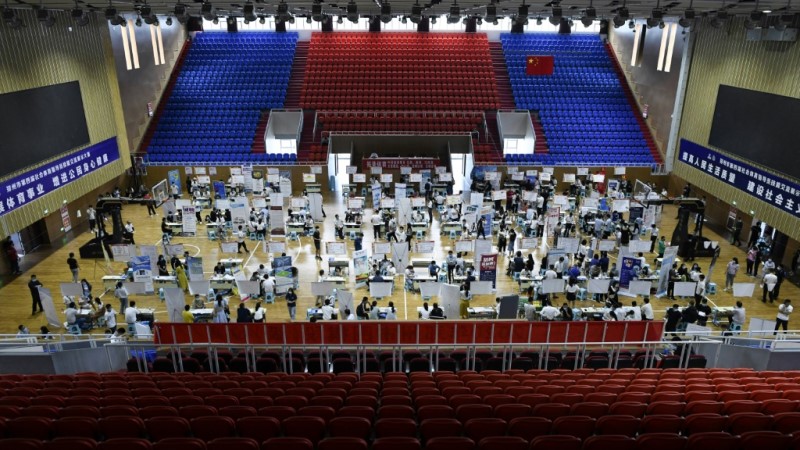 Like many others, the aspiring teacher is “at a loss” and wondering if she should settle for any job or hold off work for further education.

“I have applied to seven or eight private schools, but only one has called me back for an interview,” she told AFP at the fair.

“I’ve studied for so many years and don’t want my family to pay for further training,” she said.

“I’m especially worried about my finances.”

Aware of the risk that mass unemployment can spark political unrest — jeopardizing the party’s pledge of prosperity in return for unquestioned political power — the government has been making efforts to boost graduate employment via state-owned enterprises (SOEs).

But poorer opportunities this year are pushing some into further studies, less ideal jobs or other options. 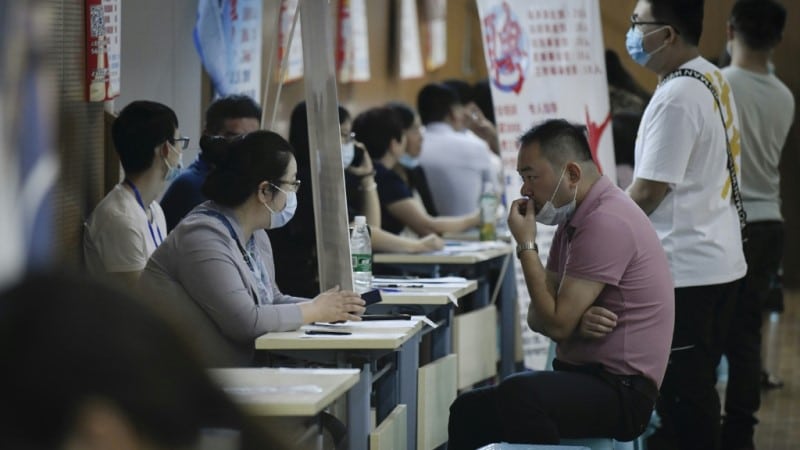 Officials in China are ramping up efforts to boost graduate employment

Although China’s economy appeared to make a strong comeback in the second quarter — growing 3.2 percent on-year — analysts caution the rebound may be overestimated, with a gap re-emerging between national figures and higher-frequency data.

Louis Kuijs of Oxford Economics told AFP there is no doubt China is recovering, but the magnitude would determine if growth is “strong enough to re-absorb some of the labor market problems” that emerged earlier this year, such as layoffs.

A gap in growth of a few percentage points could lead to a difference of millions of jobs created, he added.

Top-level economic data has not necessarily meant better hiring on the ground. 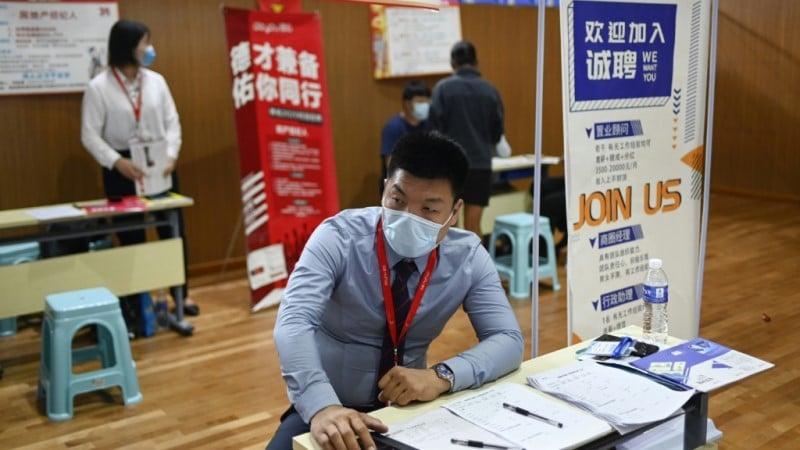 The coronavirus crisis is causing recruitment problems for employers in China

A 27-year-old surnamed Kang, who graduated in 2017, is back in the market after his contract in the communications industry in Beijing ended.

He decided to return to Zhengzhou, but has only received around five callbacks after sending more than 30 resumes to firms — and is still looking for a job.

“The virus outbreak has limited travel and a lot of job fairs have been postponed or canceled,” he said. “I’m extremely anxious.”

Lu Yifan, 25, said the pandemic had caused many overseas Chinese students like him to return home sooner than planned — adding to the flood of jobseekers.

And Guangdong graduate Zhao Jingying, 22, told AFP: “For us (this year), getting a single job offer is a feat.”

Another, Beijing-based Huo Ruixi, 23, left university in July but is planning a second round of further education after an unsuccessful five-month job search.

The crisis is also causing problems for employers.

Yang Changwei, manager at Deyou Real Estate, told AFP at the Zhengzhou fair it was getting harder to hire sales staff based on commission.

“It feels like jobseekers’ mindsets have shifted,” he said.

“In sales, you may or may not make deals but with other jobs there can be more stability in income. Because of the epidemic, financial pressures are larger as well.”

Officials are ramping up efforts to boost graduate employment, and Premier Li Keqiang announced over nine million new roles will be created this year. 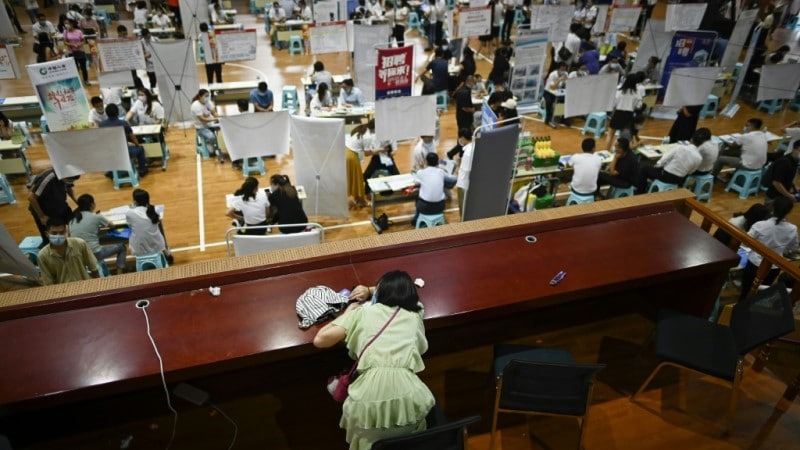 Poorer job opportunities this year are pushing some Chinese graduates into further studies, less ideal jobs or other options

A State Council guideline in March said smaller firms that recruit graduates with contracts longer than a year will be given a subsidy, while SOEs will “continuously expand” the scale of graduate-hiring this year and next.

Henan authorities, for one, said at least half the recruitment positions at SOEs within the province should be reserved for this year’s graduates, while Nanjing city in Jiangsu province set aside one billion yuan ($143 million) to provide 100,000 internships for struggling graduates, Xinhua news agency reported.