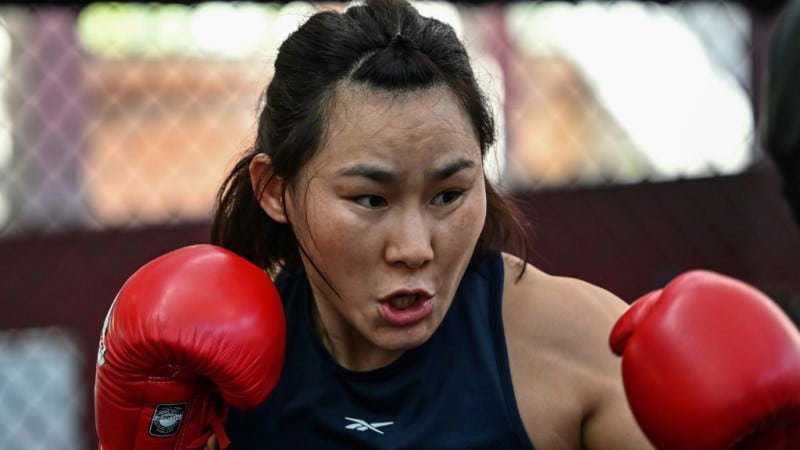 Yan, the first Chinese woman signed by the Ultimate Fighting Championship, made her UFC debut in 2017 and boasts a 13-1 win-loss MMA record.

But the 31-year-old has found herself overshadowed by compatriot Zhang Weili, China’s first and only UFC champion.

The duo are touted to clash if Zhang successfully defends her strawweight title for a second time next month and Yan, ranked third in that weight division, extends her six-fight winning streak. 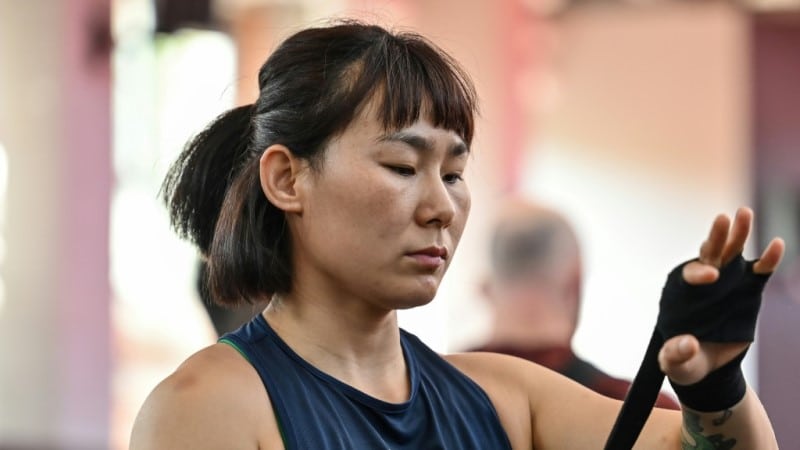 Yan trains at the UFC Performance Institute in Shanghai

The way she successfully negotiated a difficult path to this point suggests that Yan has all the determination she needs.

“When I train, my teammates and friends joke, saying that I am like a pit bull,” Yan told AFP at UFC’s Performance Institute in Shanghai, an impressive facility which underlines the US-based organization’s ambitions in China.

“I have a high tolerance to pain. I don’t feel pain or tiredness because I want to win.”

Giggling, Yan said she considers herself “cute” and “very gentle” — but does not look it when her fight face is on.

UFC, the world’s biggest MMA promoter, calls her one of its up-and-coming stars.

There has been no official announcement, but Yan said she will fight the fourth-ranked American Carla Esparaza in May in the United States, a month after Zhang defends her belt against another American, Rose Namajunas.

“If we both win we will definitely fight for the belt,” Yan said of a potential showdown with Zhang, which would be the first between two Chinese fighters for a UFC title.

“I want Chinese people to see the power of Chinese women, standing on top of the world stage.”

Yan has traveled a tortuous path to stand on the cusp of a world title shot.

She was born and spent part of her childhood in Shenyang, in China’s northeastern industrial rust belt, and started her fighting career as a teenager in the Chinese combat sport Sanda.

At one time her parents ran small businesses selling milk and clothes, but fell on hard times and the family had to move in with relatives.

After graduating from university in 2012, Yan worked to support her family. 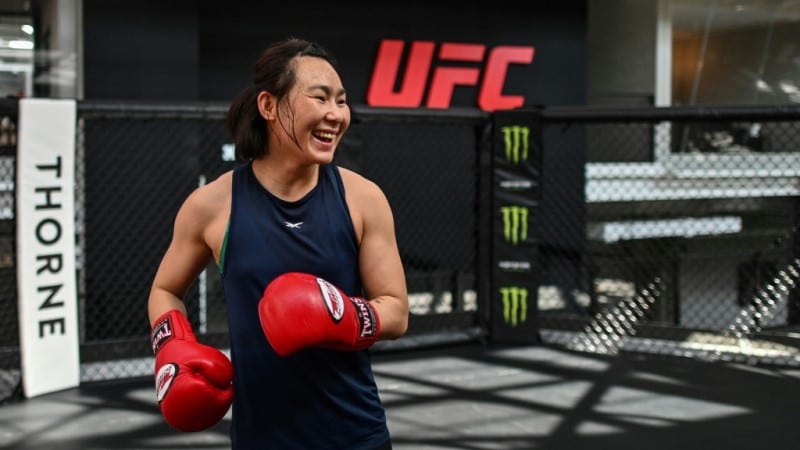 Her main job was working in the back office of a film company but she also sold toys at a night market to make extra money.

“I sold toys from films like ‘Frozen’, and dinosaurs and furry monsters with big eyes,” she said.

“Me (now) and that person are completely different.”

Yan made it her goal to buy her parents a home — something she did in 2015 through sheer hard work. 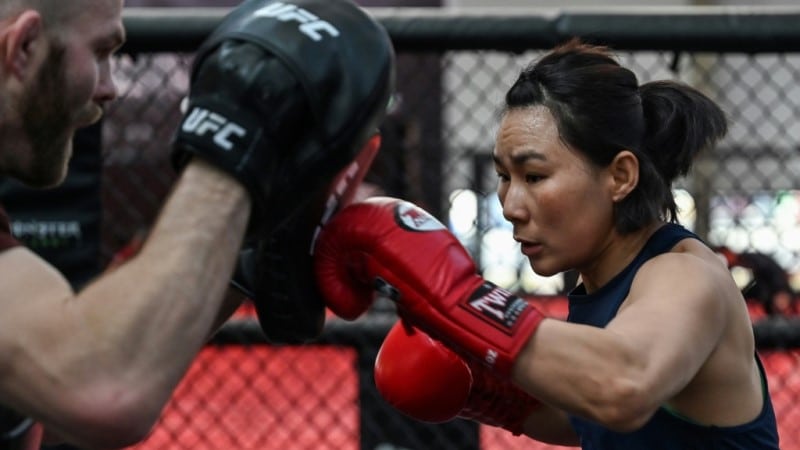 By her own admission, Yan was not brilliant at Sanda, and in 2015 she was introduced to MMA by Zhang Tiequan, a former UFC fighter.

“I seized the opportunity to go down the road of MMA and it was a turning point that changed me,” she said.

“Now everyone looks at me differently when I go home and my mum and dad are very proud of me.”