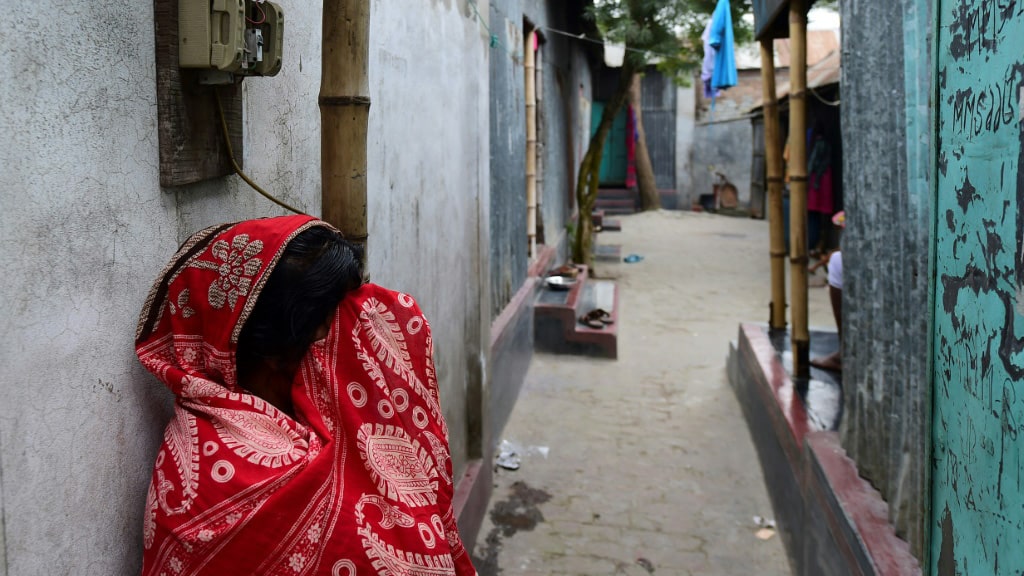 Often treated as less than human in life, there has been little dignity in death for the sex workers of one of the world’s biggest brothels: their bodies frequently tossed into unmarked graves or dumped in the river.

On Thursday, Hamida Begum became the first sex worker from Bangladesh bordello Daulatdia to receive a formal Islamic funeral, breaking a longstanding taboo in Muslim majority Bangladesh where prostitution is legal but regarded by many as immoral.

Scores of women gathered at the graveside, weeping for the 65-year-old’s passing but also because of the symbolic breakthrough her burial represented. 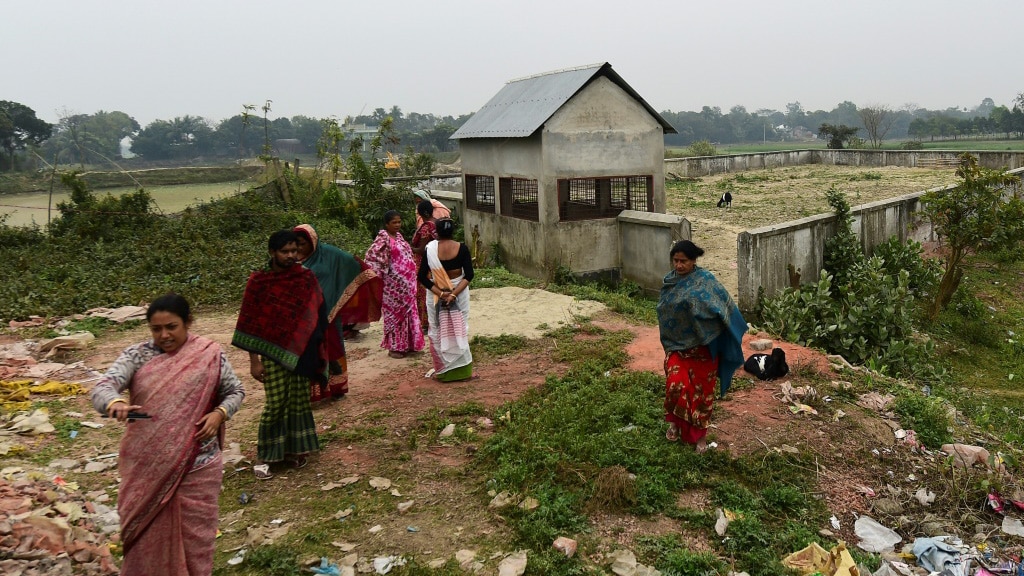 Prostitution is legal in Muslim-majority Bangladesh, but viewed by many as immoral, so many sex workers are given a traditional Islamic funeral when they die

“I never dreamed that she would get such an honorable farewell,” said Begum’s daughter Laxmi, who followed her mother into the trade.

“My mother was treated like a human being,” she added.

Islamic spiritual leaders have for decades rejected funeral prayers for sex workers because they view prostitution as immoral.

When Begum died, her family planned to put her in an unmarked grave — standard practice for women like her — but a coalition of sex workers persuaded the local police to talk religious leaders into giving her a proper burial.

“The Imam was initially reluctant to lead the prayers. But we asked him whether Islam forbids anyone from taking part in the Janaza (funeral prayers) of a sex worker. He had no answer,” said local police chief Ashiqur Rahman, who oversaw negotiations. 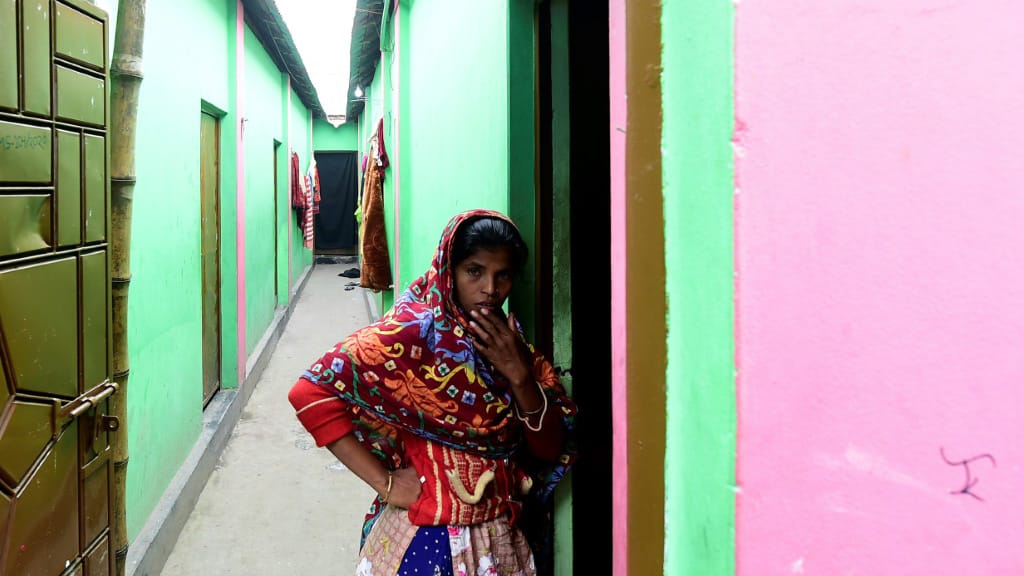 Daulatdia in Bangladesh is one of the world’s biggest brothels

Bangladesh is one of the few Muslim countries in the world where prostitution is legal for women aged 18 or older and workers are required to hold a certificate stating they are adults, and consent to the work.

The reality is more murky, charities have reported finding girls as young as seven being groomed to sell sex, and warn that trafficking of children for the trade is on the rise.

The police are often accused of being complicit — taking bribes from pimps and brothel owners to provide certification for girls much younger than 18.

Begum was just 12 years old when she began sex work in Daulatdia, where more than 1,200 women and girls cater for up to 5,000 clients a day.

The site, one of around 12 legal brothels operating in the country, is a series of shacks spread across a warren of alleyways some 100 kilometers (70 miles) west of Dhaka.

Close to a busy road and rail junction, its frequented by both local and long haul drivers and travellers passing through.

The brothel was established a century ago under British colonial rule, but moved to its current location, near a ferry station, after locals torched the old complex in 1988.

The sex workers and hundreds of their children live in concrete and tin shanties on a sandbank of the river Padma — often paying exorbitant rents to unscrupulous landlords.

For those forced into the trade, they can only leave when they’ve paid off inflated and exorbitant ‘debts’ to the pimps and madams that bought them

Even if this is possible, the stigma surrounding sex work means that many feel there is nowhere else to go. 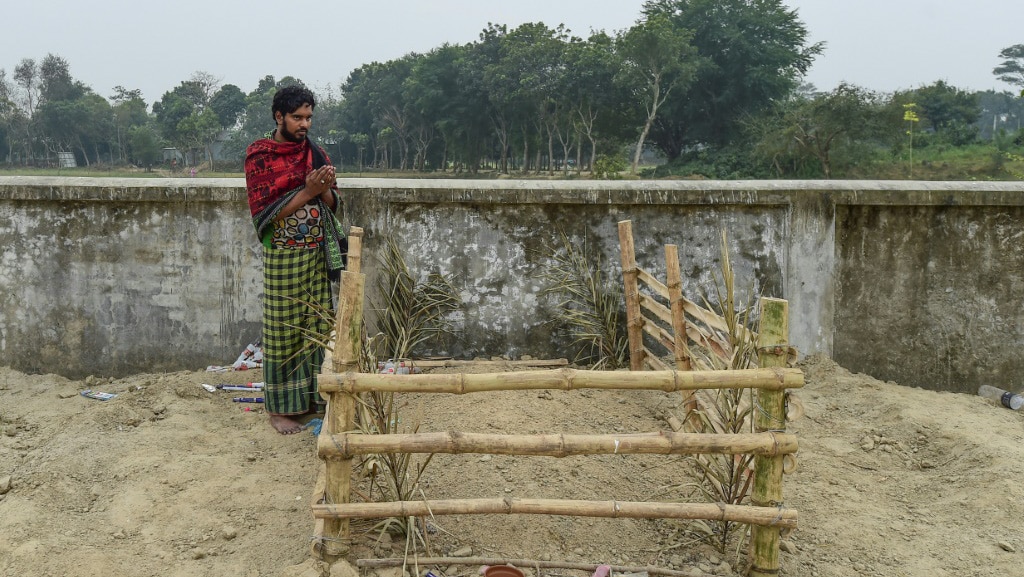 Mukul Seikh praying in front of the grave of his mother, former sex worker Hamida Begum

For decades, when one of them died their bodies would be thrown in the river, or buried in the mud.

In the early 2000s, local authorities gave some wasteground for unmarked graves, and families would pay drug addicts to carry out burials — usually at night without formal prayers.

“If we wanted to bury the dead in the morning, villagers would chase us with bamboo sticks,” recalled Jhumur Begum, who heads a sex workers group.

“It was as if a dog has died,” said former sex worker Nili Begum, now a grandmother who lives in the brothel where her daughter now works.
But there are hopes that Begum’s funeral will change things for all women in the brothels.

More than 200 mourners attended the religious ceremony, while a further 400 went to the post-funeral feast and prayers, police chief Rahman recalled.

“It was an unprecedented scene. People waited until late in the night to join the prayers. The eyes of sex workers welled up with tears,” he added.

Hamida Begum’s 35-year-old daughter, who operates from the two-room shanty that her mother bought with her savings, said: “I hope from now on every woman who works here, including me, gets a Janaza just the way my mother did,” she said.

Jalil Fakir, a village councilor who attended the service, said the funerals for sex workers would go on in a bid to give fairer treatment in death.

“After all, who am I to judge her. If she has committed any sins, it will be Allah who will judge her in the afterlife, not any of us,” he said.