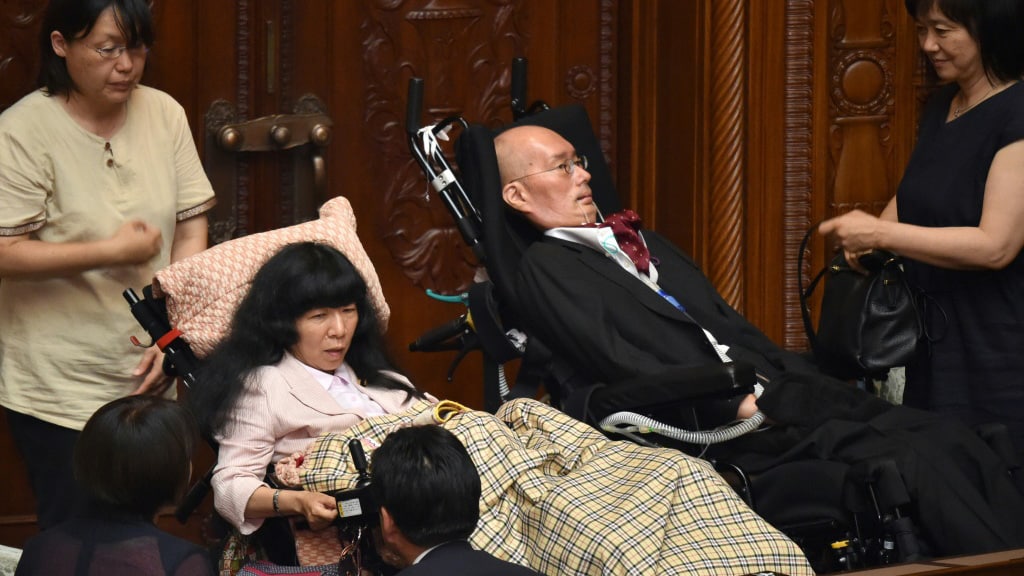 Japanese lawmaker Yasuhiko Funago has a neurological disease that means he cannot speak and communicates by blinking to his carer or operating a computer system with his mouth.

But he is demanding to be heard as he fights to improve the lives of people with disabilities in Japan, where many in the community complain of feeling “invisible”.

“I was a corporate soldier before I had amyotrophic lateral sclerosis (ALS) and had hardly any opportunities to have contact with people with disabilities,” Funago told a committee in November.

“I had no idea how people with disabilities or illness were living,” he said in the remarks read by his parliamentary aide.

Such “ignorance” leads to “prejudice and discrimination”, the 62-year-old warned.

Fellow lawmaker Eiko Kimura, 54, is paralyzed from the neck down except for one hand, after suffering a childhood injury.

After being elected last year to the upper house of parliament, she is pushing for more integration of people with disabilities, driven by the memory of a childhood in a carehome — where she sometimes felt she belonged to a different world than able-bodied people. 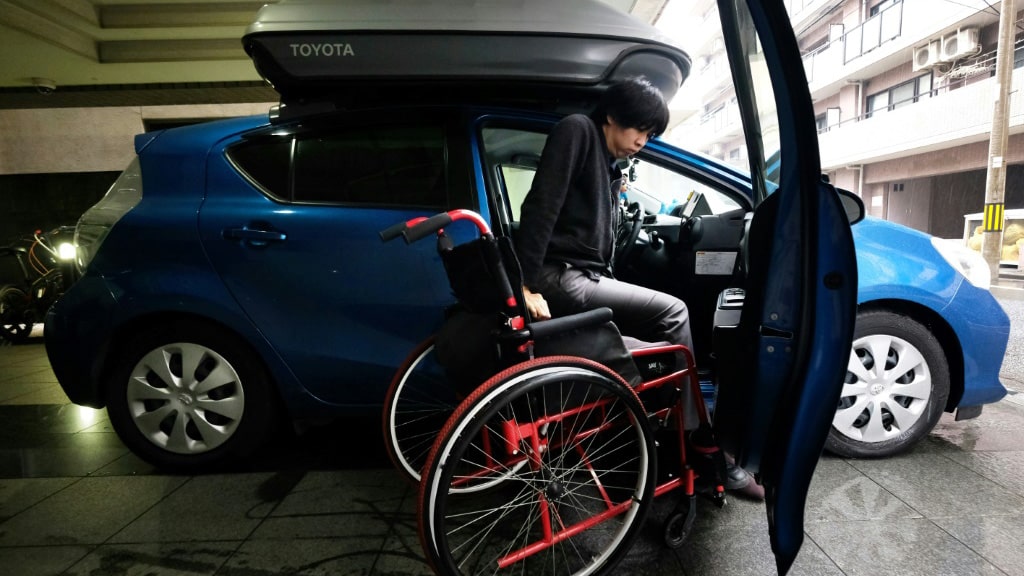 Japan’s government says there are 9.63 million people with physical, mental or intellectual disabilities in the country, accounting for more than seven percent of the total population

“My image of people with no disabilities was that they are the people who are on television,” she told AFP in an interview.

A society that does not help disabled people ends up effectively hiding them, she believes.

“Going to school or working is very important if you want to join society,” said Kimura.

“Being deprived of it is why we are invisible in society.”

Both lawmakers — who ran on the ticket of the small Reiwa Shinsengumi opposition party — rely on carers for support.

Their election has highlighted a legal loophole that makes it hard for disabled people to work in Japan: the state pays for carers only if the disabled person is not employed or in school.

That can mean disabled people simply cannot afford to work because the cost of private help would exceed their salaries.

The upper house is paying for Kimura and Funago’s assistants, but the new lawmakers want the rules changed to help the 11,500 other seriously disabled people who rely on public care.

Japan’s parliament has been updated since 1977, when the country’s first wheelchair-using lawmaker, Eita Yashiro, had to be carried up the stairs to take his seat.

But Kimura and Funago’s election revealed the limits of those renovations.

Both lawmakers use special reclined chairs that require adjustments in the chamber.

Their reliance on helpers to communicate has also required a change in the rules, allowing their carers to help them by pushing voting buttons or reading statements. 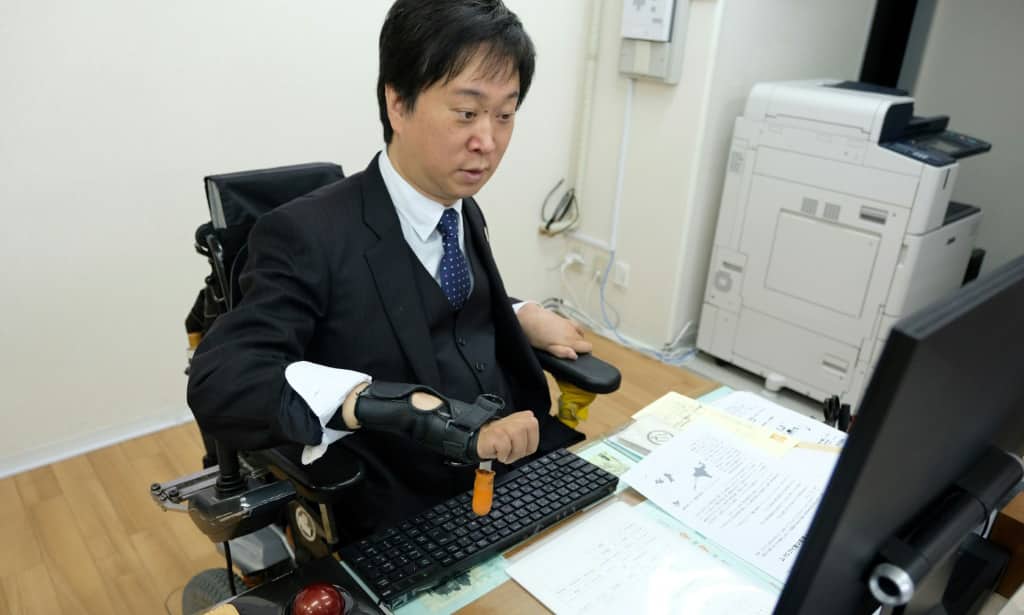 Shinya Ando, founder of Personal Assistant Machida in Japan, wants to see inclusion rather than just acceptance of people with disabilities

The pair have faced some criticism, with a tweet declaring their presence in parliament “a nuisance” that would impede speedy deliberations drawing 49,000 likes and 23,000 retweets.

But they entered parliament at a time when Japan is working to better accommodate people with disabilities ahead of the 2020 Paralympic Games.

Japan’s government says there are 9.63 million people with physical, mental or intellectual disabilities in the country, accounting for more than seven percent of the total population.

Progress has been made, with accessibility improving in Tokyo and legislation setting quotas for hiring people with disabilities in government.

But rights activists say more must be done: the government was earlier forced to apologize for padding its disability hiring data, after regularly failing to meet its own quotas.

Funago wants Japan to ensure people better understand how those with disabilities live, arguing for “inclusive education” where children learn together, regardless of disabilities.

And the new lawmakers have garnered plenty of support despite the critics, particularly from within a community that often feels marginalized.

“It’s important that we, those with disabilities, go out and raise our voices,” said Shinya Ando, 45, who was paralyzed from the chest down after a motorbike accident in his teens.

It also employs 15 people with disabilities, including some in managerial roles, by providing them with helpers while at work.

He wants to see inclusion rather than just acceptance of people with disabilities, and said the election of Funago and Kimura was a surprise, but a positive one.

“It was like leaping two steps forward at once,” he said.

“I thought ‘now society will change’.”